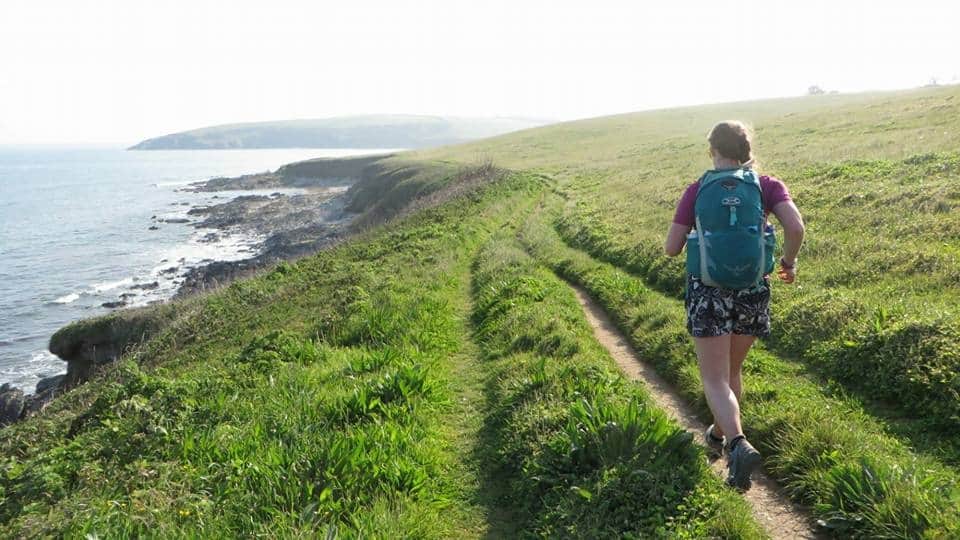 Back in March the lovely folks here at Love Her Wild put me in touch with my mentor, Elise Downing, and made my plan of running the South West Coast Path next year official.

Since then I’ve been beavering away planning and preparing for the challenge to come. Having put my big questions to Elise, however, I realised that the best way to work some things out would be by doing them, and so I set off for a short test run along the Cornish coast in May.

Since the Coast Path itself is 630 miles long I knew the test run had to fulfil a few criteria to work:

With that in mind, I got Googling and settled on going from Looe to Lands End (because it had a nice ring to it), over 5 days. As I wasn’t yet comfortable with the idea of wild camping and running, I allowed myself the small cop-out of arranging a bed for the night at each stopping point.

Plan made, I emailed my training partner Charlotte and we agreed on meeting points on days 2, 3 and 4 so we could cover the last few miles of those sections together. It was a test run after all, not a deliberate suffer fest, and I was glad of the safety net knowing she was waiting for me right when I would be starting to flag.

By the time I had booked the coach to Plymouth for the Friday, and the return coach from Penzance on the Thursday, the sheer scale of what I was undertaking began to sink in. An ultra a day for 3 days, then basically a marathon, and most of a marathon to finish. Luckily, the fear only really kicked in about two days before I set off, and by that stage, it was way too late to back down.

These are 10 things I learned on the run. 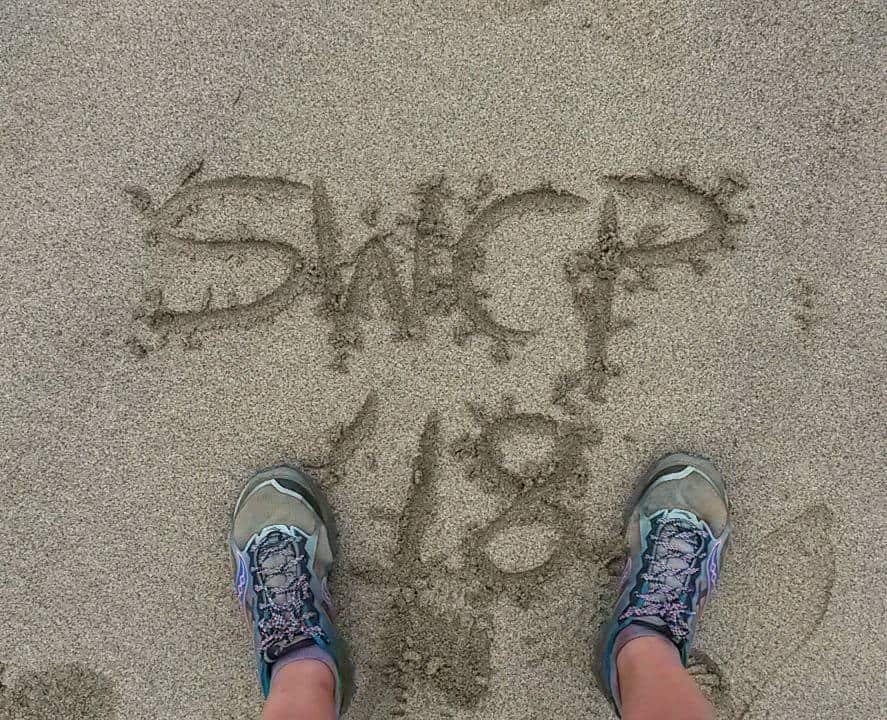 Sounds obvious, but I think I had deluded myself into a false sense of security. I had run marathons before, and it’s only a few miles further, and I was giving myself all day to get it done. What I hadn’t counted on was the combined toll of time on feet, day after day, on rough ground, with big hills, carrying around 4kg on my back.

While I was still able to get the distance covered, if I’m going back with a heavier pack (with tent etc), or even just accounting for the greater number of days running, I’m going to have to take a good look at the daily mileage and be honest with myself about what’s reasonable.

#2 Cornwall is Literally Made of Stairs. Literally.

Having grown up on the coast in Devon, I thought I understood Coast Path stairs. I was wrong.

I have never seen so many stairs in my life. They were steep (think ladder-with-a-hedge), they were uneven, they were frequently overgrown, and they were frequently in a depressing ‘V’ pattern between coves, where you’d be going sharply downhill for a few hundred metres, only to see a set of matching stairs rising up ahead of you.

The only way I could find to get up them was to attack them hands-on-knees and push through. It worked, but was incredibly draining to do for hours on end. And on a related note… 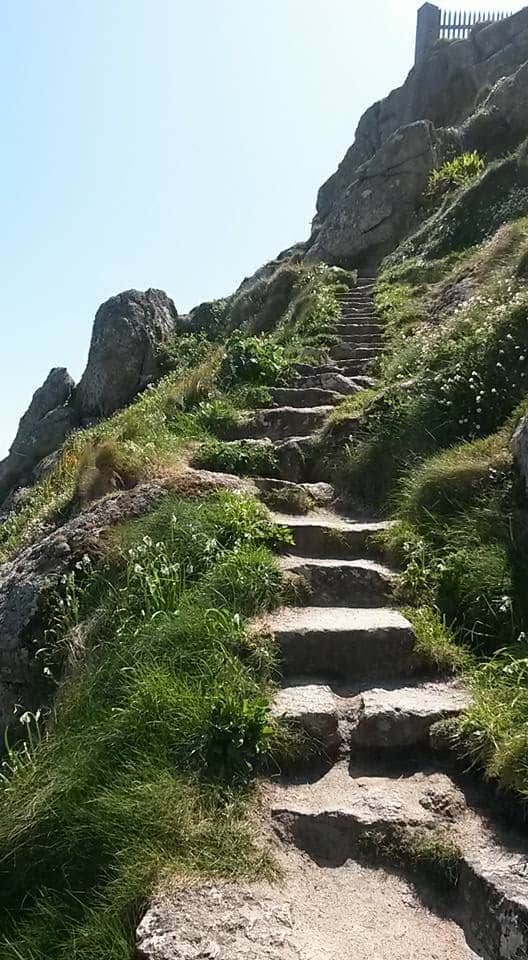 #3 Running the Whole Way is Near Impossible

Unless you’re Killian Jornet and eat mountain ascents for breakfast, you just can’t run some sections without risking a nasty fall off a cliff.

Initially, I felt like a complete fraud calling it a run when I was having to walk so much of it each day. Then I checked the SW Coast Path Association’s website, and their information said that in some places you’d be lucky to cover more than 2 miles in an hour hiking because the route can be so technically tricky. And then I remembered that one way or another, I was still covering 30-odd miles a day under my own steam, and felt much better about the whole thing.

Note to Future Leah – run what you can and go by feel and effort. It’s not worth obsessing about how slow your miles are here.

The first day on the trail, my hostel had failed to provide the promised and much-looked-forward to breakfast, which meant tackling my first 30 miles on a couple of bites of energy bar and hope for a tearoom somewhere on the route. I managed to inhale a couple of toasted crumpets and a can of coke in Polruan about 12 miles in, but other than that I was running on fumes, and it wasn’t pretty.

Having a decent breakfast on the other days was like setting out with a completely different set of legs, and that’s without mentioning on the benefits of not being hangry before I had even started to run.

#5 The signposts are liars

Ok, so maybe it wasn’t actually lying, but there were a good few times when signposts pointed down a wide, well-trodden and clear path that led absolutely nowhere, leaving me to wander in circles around yet another field of sheep.

Add in the fact straight lines aren’t really a thing in these parts, and the distances actually covered didn’t always match what I had planned. By the time I got to Land’s End, I had run closer to 140 miles than the planned 130. Next time I’m bringing a map. 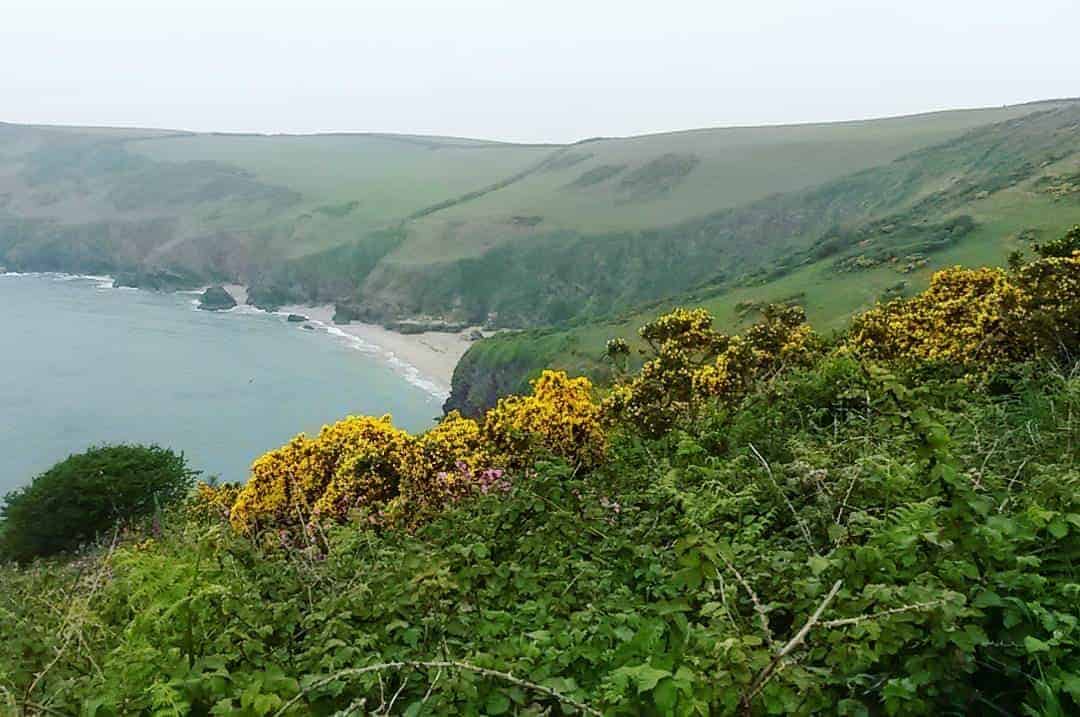 Running long distances has a knack of bringing out the best in people – it’s where you can find previously untapped depths of heart and courage, and the ability to crack jokes no matter the circumstances. They will see this.

Unfortunately, they will also see you sobbing with pain and exhaustion. They will see you crabby because you’ve not eaten enough. Get snarled at just because they’re there, and you hurt in ways you didn’t know it was possible. They will have to bully you to eat, drink and shower.

You will never be able to repay them for any of it, but buying them a beer will help. 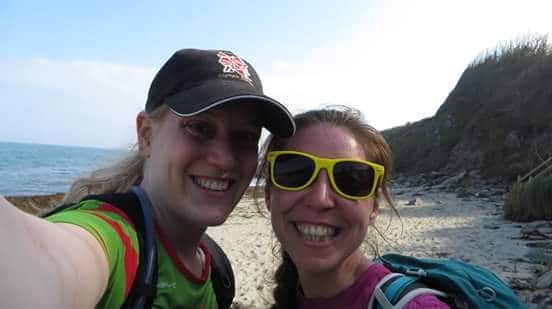 #7 Unless it’s Urgent, You Won’t Notice it Hurting

Confession time: I went into this test run with an injury. It wasn’t a bad injury like say, a broken leg; but it was enough that I had barely run in the last weeks leading up to it. I was sensible enough to tape up the knee before I set out, but on the trail I barely noticed it. The only conclusion I could come to as the miles went on was that it wasn’t urgent enough for my body to tell me to pay it attention.

It turns out that when you ask your body to do something big and difficult, it’s very quick to prioritise – whatever the most urgent need is, whether that’s thirst, hunger, your laces being too tight, the fact you’ve just got nettle stings all the way up your right leg… that’s what you’ll know about. Anything else not deemed urgent you won’t know about until the end of the day when you finally stop and realise that your feet feel like someone had at them with a mallet, or that you’ve got sunburned, or that your lovely comfy pack has rubbed your shoulder bloody where sunburn and sweat met straps.

Nobody is going to care that you stopped for five minutes to change your socks because the ones you’re wearing are rubbing. But you will care if you don’t change them and rock up to your next stop with a blister the size of an egg on your foot.

Pay attention to what your body is telling you it needs – whether that’s food, water, a quick breather, whatever. A small adjustment can save hours of misery.

I learned this the hard way on my third day, which ended up with me sobbing my way through the last couple of hours to Kennack Sands, and cutting the day short there rather than continue on the trail because I was in no fit state to tackle the technical last miles on Lizard Point. I missed out on a classic, spectacular section of trail because I didn’t listen when my body started screaming at me. Don’t make my mistake – listen, adjust, and carry on better. 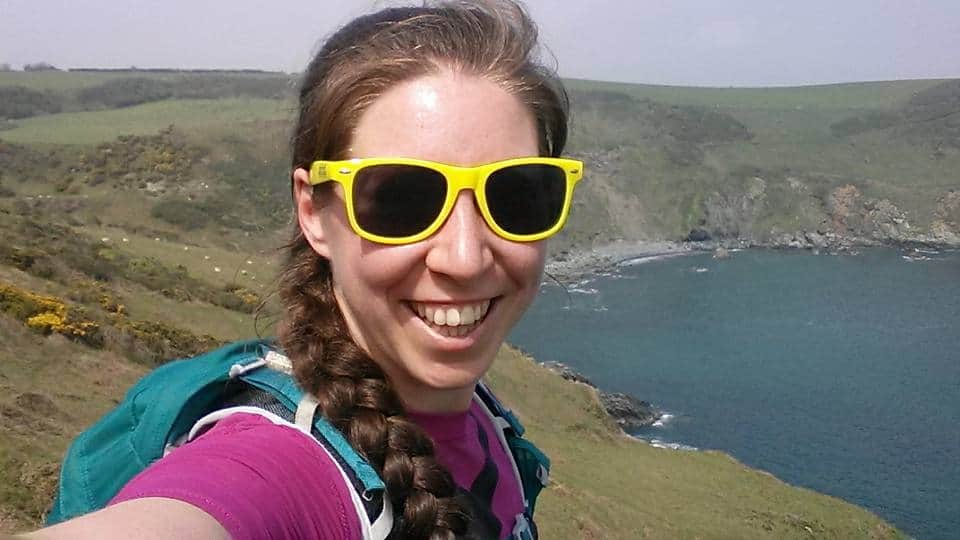 #9 Your Body Knows What to do. Trust it.

One of the real breakthroughs was discovered early on that if I turned off my conscious brain, my body would automatically begin moving in whatever was the most efficient way without having to think about it. Where the trail was open enough to run, it ran. Where it wasn’t, it hiked. By mid-morning on the second day, even with the hills and distance being tough, moving felt effortless. Like breathing.

The best part about this was that with all the meaningless chatter muted out, I was experiencing the landscape on a whole different level. Sounds and smells became richer and more focused – waves breaking on sand or rock, coconutty gorse, sharp wild garlic, the change in birdsong on heath or in the woods. As the miles went on, I found myself noticing details with more clarity, and automatically changing the way I was moving with each change of terrain from fields to woods to rock and sand.

It was the first time I had really experienced being that present in what I was doing, and it was a gift I will never forget. All I had to do was trust my body to keep moving forward.

#10 This is exactly where you need to be

Leah is a linguist, runner and poet. Originally from Devon, she is happiest when at least 65% covered in mud.