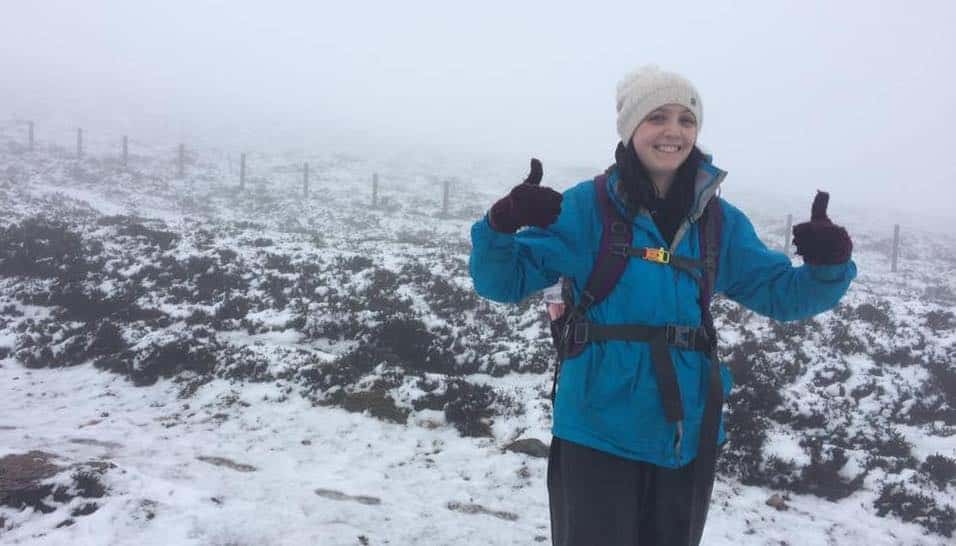 I was born and raised in Aberdeen, and lived there for 23 years where every school holiday I’d go stay with my Grandparents on their farm and get a real sense for the outdoors. This love for the outdoors has stuck with me into adulthood and I now spend all of my time outdoors. I work at an outdoor nursery through the week, and walk wherever I can during the weekend.

I moved to Glasgow recently, and my Grandma lives in Ayrshire, so we get to go for walks regularly. Walking 10+ miles each time. We have a fantastic relationship,  and enjoy pretty much all the same things, from walking to painting.

My Grandma, born and raised in Eccles- Manchester, has always loved walking, and taking the slow road. Sitting back and watching the world go past. (another thing we have in common) She worked in the IT department in Telford, and lived in Mid Wales, before moving to Ayrshire. 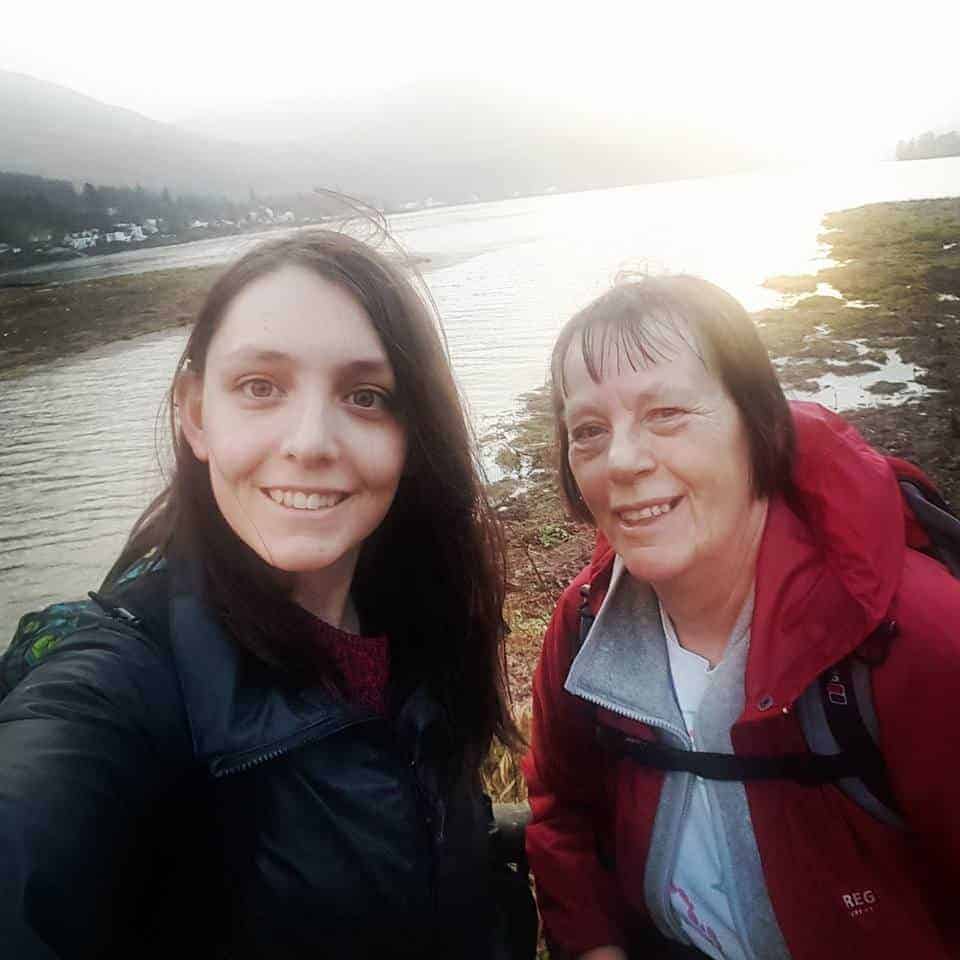 In 2004, my Grandma walked Land’s End to John O’ Groats. The route she took was over 950 miles long travelling from the very south west of England, up to the very north east of Scotland. It took her 8 weeks, and I managed to visit her twice on the walk. I was 10 at the time, and bragged about it to everyone I knew. I thought it was a huge accomplishment, and couldn’t quite imagine how walking nearly 1000 miles would feel. I wanted to know that feeling for myself. I wanted to know how it felt to be able to see the whole island that you live on, and really be able to take it in.Since then, its always been part of my plan to walk Land’s End to John O’ Groats, but now as I am growing up, I am realising how much I need to do this walk for myself. I’m hoping to do it in the next 2 years, and follow in my Grandma’s footsteps.

Since then, its always been part of my plan to walk Land’s End to John O’ Groats, but now as I am growing up, I am realising how much I need to do this walk for myself. I’m hoping to do it in the next 2 years, and follow in my Grandma’s footsteps. 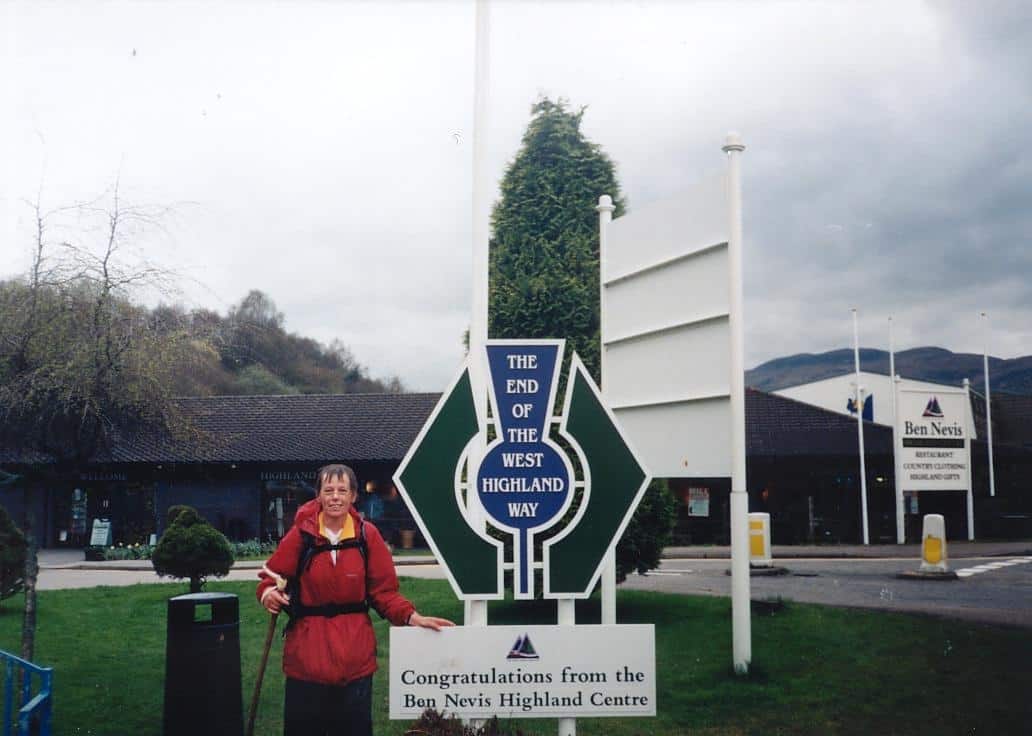 My Grandma agreed to answer a few questions about the walk, and how it felt to be in her shoes, and her answers just inspire me to take part in this walk even more.

How old were you when you decided to take on the adventure of walking the length of the country?
I was about 54 when I decided to actually do it, but it had been an ambition in the back of my mind for years.

What was happening during this time? What was life like?
A couple of years earlier my husband had an accident – it changed his outlook on life, he said you have to do want you want while you can, because you don’t know what’s round the corner. He was very supportive of my plans – “Well, do it then!” he said.

Also I was cheesed off at work – it was nice to get away from it for a couple of months, and I felt that if I was going to do it, I might as well get sponsorship for charity. 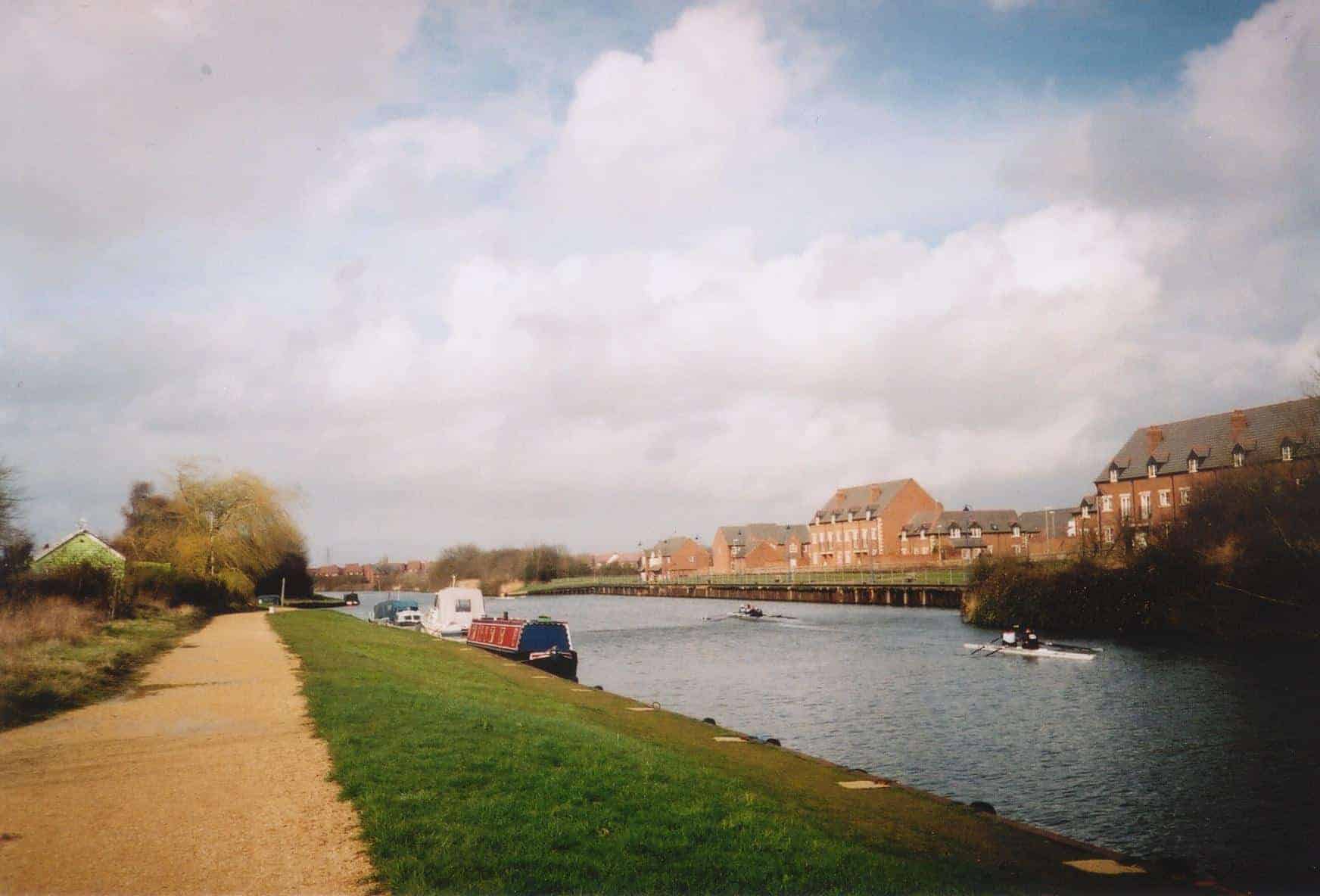 What made you decide to walk from LETJOG? How did you hear about it?
I have no idea how I heard about it – it was just something I’d always wanted to do.

What were people’s reactions?
Most people were interested and supportive, though some were doubtful whether it was wise to do it alone. An aunt said she was terrified for my safety, especially when I was in the middle of nowhere. (Actually I feel safer in the country than I do in a town – less likely to get mugged.) I really liked my Doctor’s reaction. I had written to him to tell him that his charity (Montgomeryshire Emergency Doctors) would be one of the charities to benefit. I visited him with a minor ailment – he treated the ailment and then said how pleased he was that I was doing the walk, and didn’t even query whether I was fit enough! 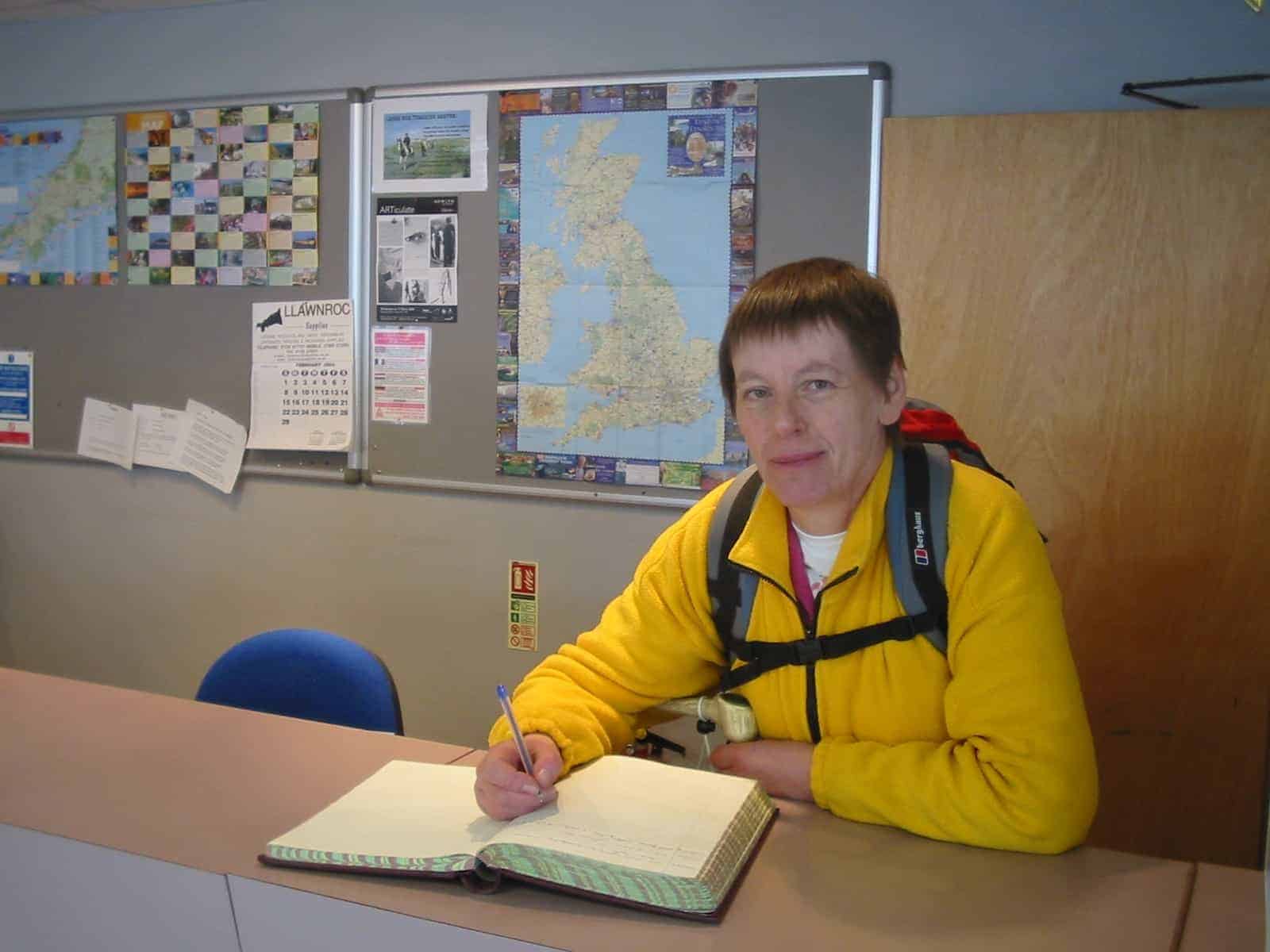 How did you prepare for the walk and what did you take with you?
I just did lots of walking whenever I had time (probably not enough actually), and always used the stairs instead of the lift at work. I planned my route, photo-copied maps, and made lists of B&Bs and hostels. I took as little as possible! I just had a small rucksack (a day-sack really) with a change of clothes and other essentials, and a small amount of food (replenished regularly).

Do you remember what the first few days were like and what it felt like setting off in the beginning?
It was quite exciting starting off from Land’s End, and it just felt like a pleasant Sunday walk (it was only about 14 miles). The second and third days were long and hard. I remember feeling quite nervous on the morning of the fifth day, I think it had just hit me that I was really doing it and that I still had an awful long way to go. After that I just took it a day at a time and it was fine, apart from sore knees and a few blisters for the first two weeks.

Where did you sleep each night?
I made sure I was in a proper bed every night – mostly B&Bs, some hostels, some friends and my daughter’s house. 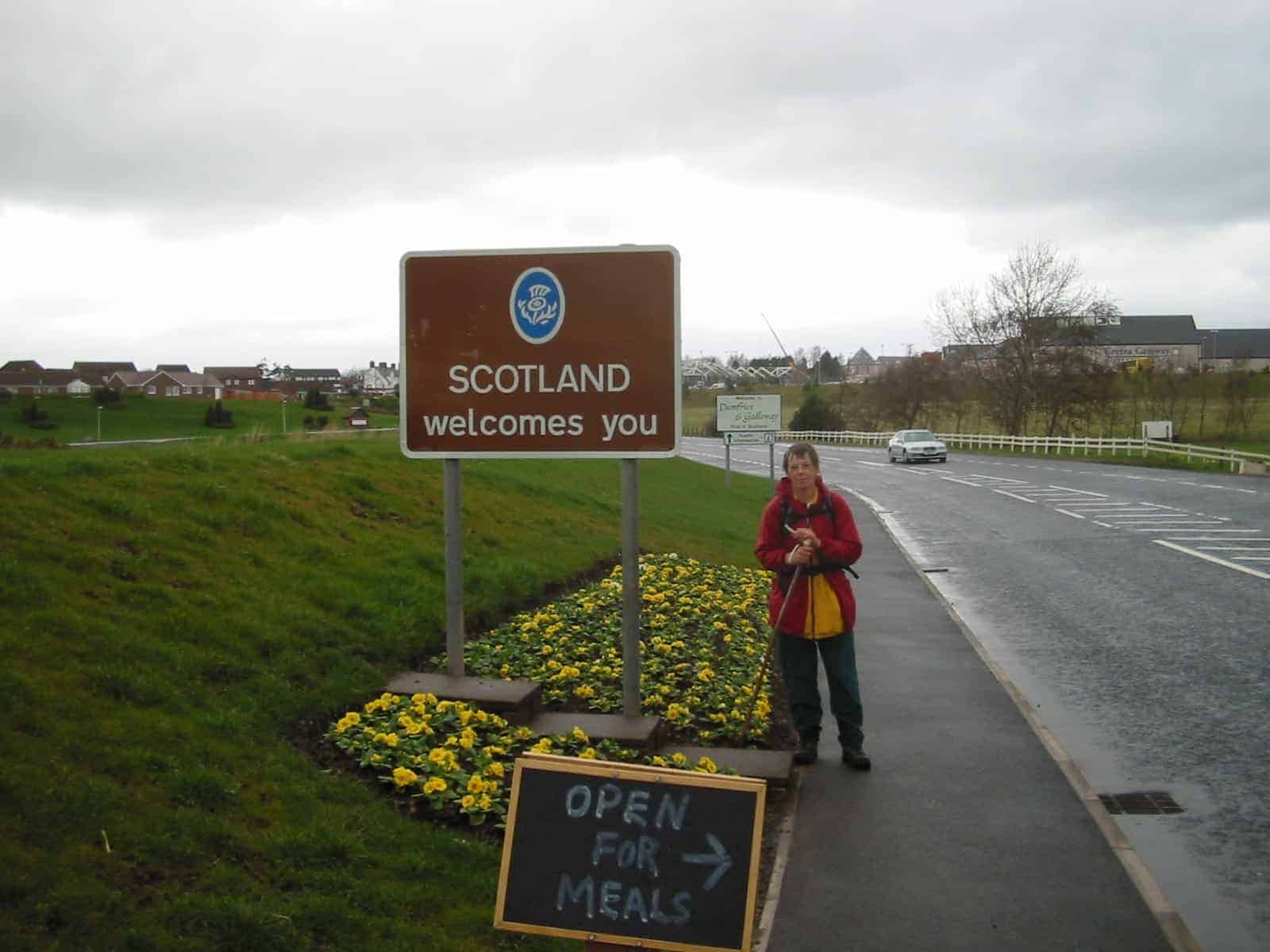 How long did you walk each day?
The average mileage was 17.5 miles per day, though the shortest was 8 miles and the longest was 23. My speed was only about 2.5 miles per hour. I always set off after breakfast, and arrived at my destination (booked in advance) any time between 2pm and 8pm.

What was the most memorable moment of your trip?
ALL OF IT! Seriously, there are so many memories that it’s impossible to say which is the most memorable. A good one is when I was walking through a rough area of the east end of Glasgow – an old man approached me and asked me questions about my sponsored walk. He gave me a pound as he left with the parting words “Don’t rush on, keep it steady”.

What was the hardest part?
Probably the second day when I had to take off my boots half way and deal with a very sore little toe. The nail was damaged and actually fell off about four weeks later. I had to keep the toe wrapped in a toe protector for the whole walk. 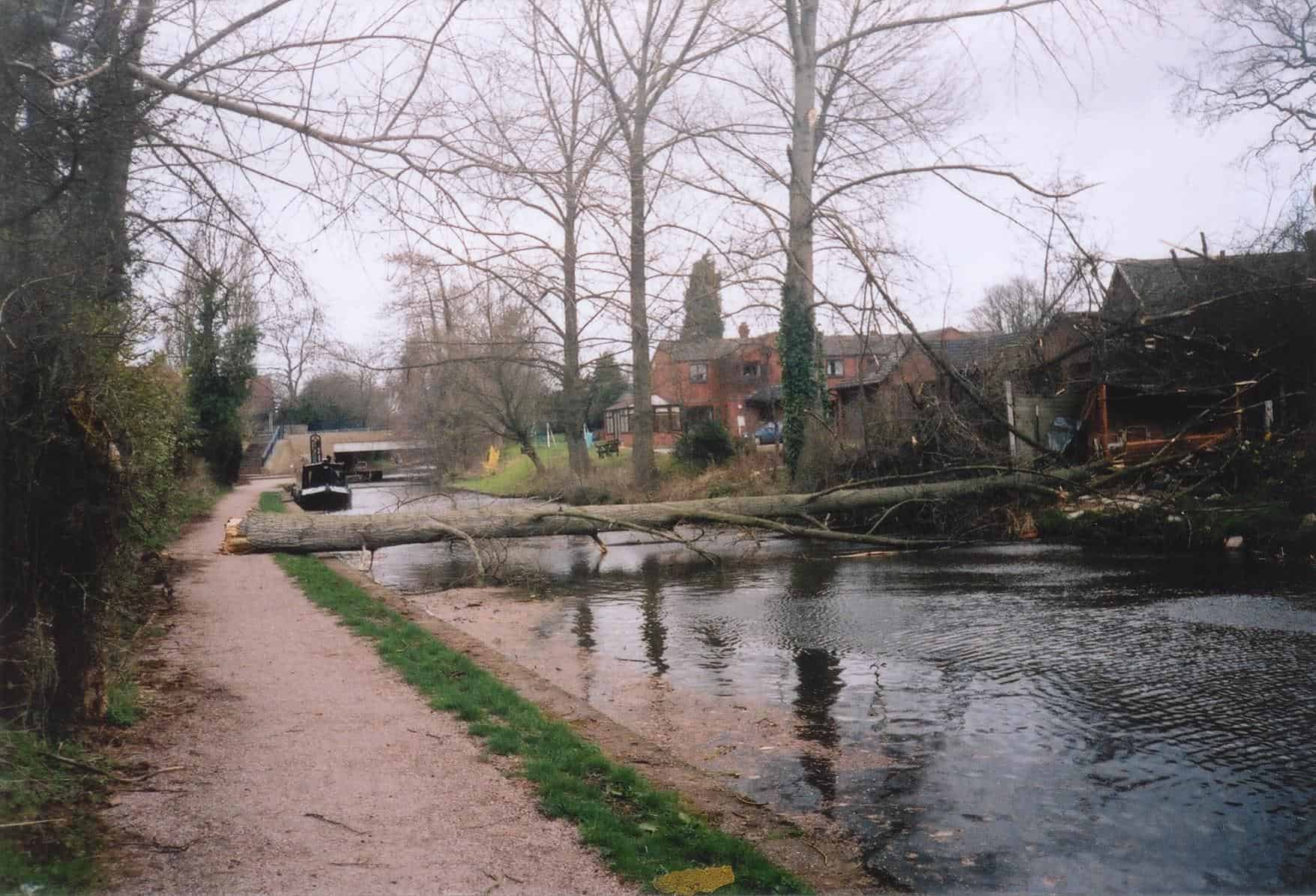 Did you have any scares?
The scariest thing was probably a swan. There were signs along the canal towpath saying that the swans could be aggressive in the nesting season. This particular one was following me, swimming up the canal alongside me as I walked along the towpath. Then it came onto the towpath and continued to follow me. I must have been near its nest – it definitely had its beady eye on me.

What did it feel like when you finished your adventure?
I had very mixed feelings – happy that I had succeeded in my ambition and relieved to have got to the end, but sad that the adventure was over.

What did you do after? Do you think the adventure changed your life and what you did afterwards?
I wrote a book about it – “Keep Right on to the End of the Road” (available online here). I think it changed my attitude to life, made me think more about what’s important and what isn’t.

How do you feel now your granddaughter is following in your footsteps?
I’m very proud of her – she’s grown up into a lovely young woman. I’m pleased that she has discovered a love of walking, and I’m enjoying walking with her. I hope she does manage to do LEJOG sometime.

if you could go back, what advice would you give your 10 year old self?
I would tell myself to try not to be so painfully shy – most people are easy to get on with if you give them a chance. 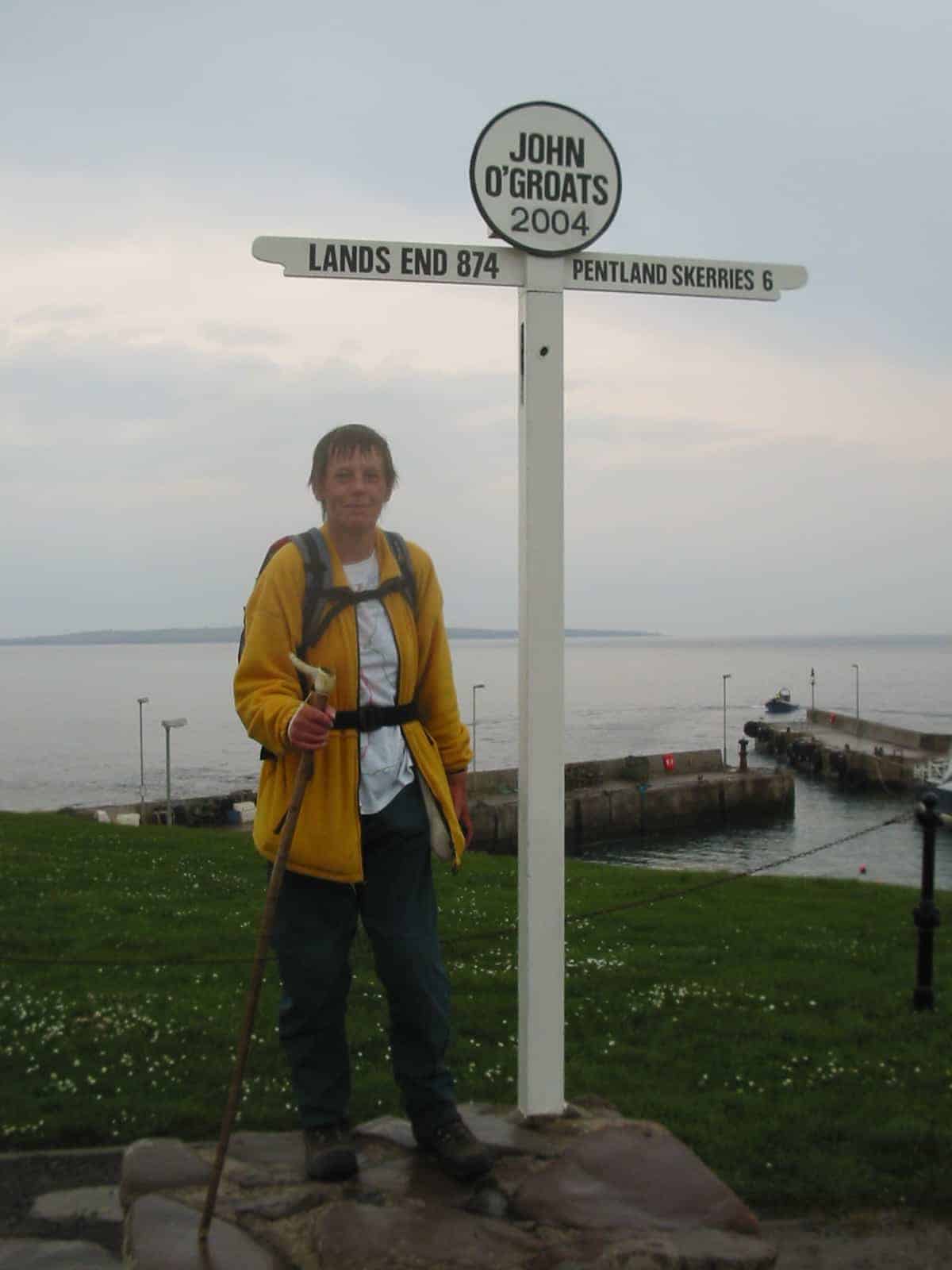 Jade was born and raised in Aberdeen but now lives in Glasgow. She works at an outdoor nursery through the week and spends her weekends walking. Jade hopes to walk LETJO following in her gran’s footsteps.