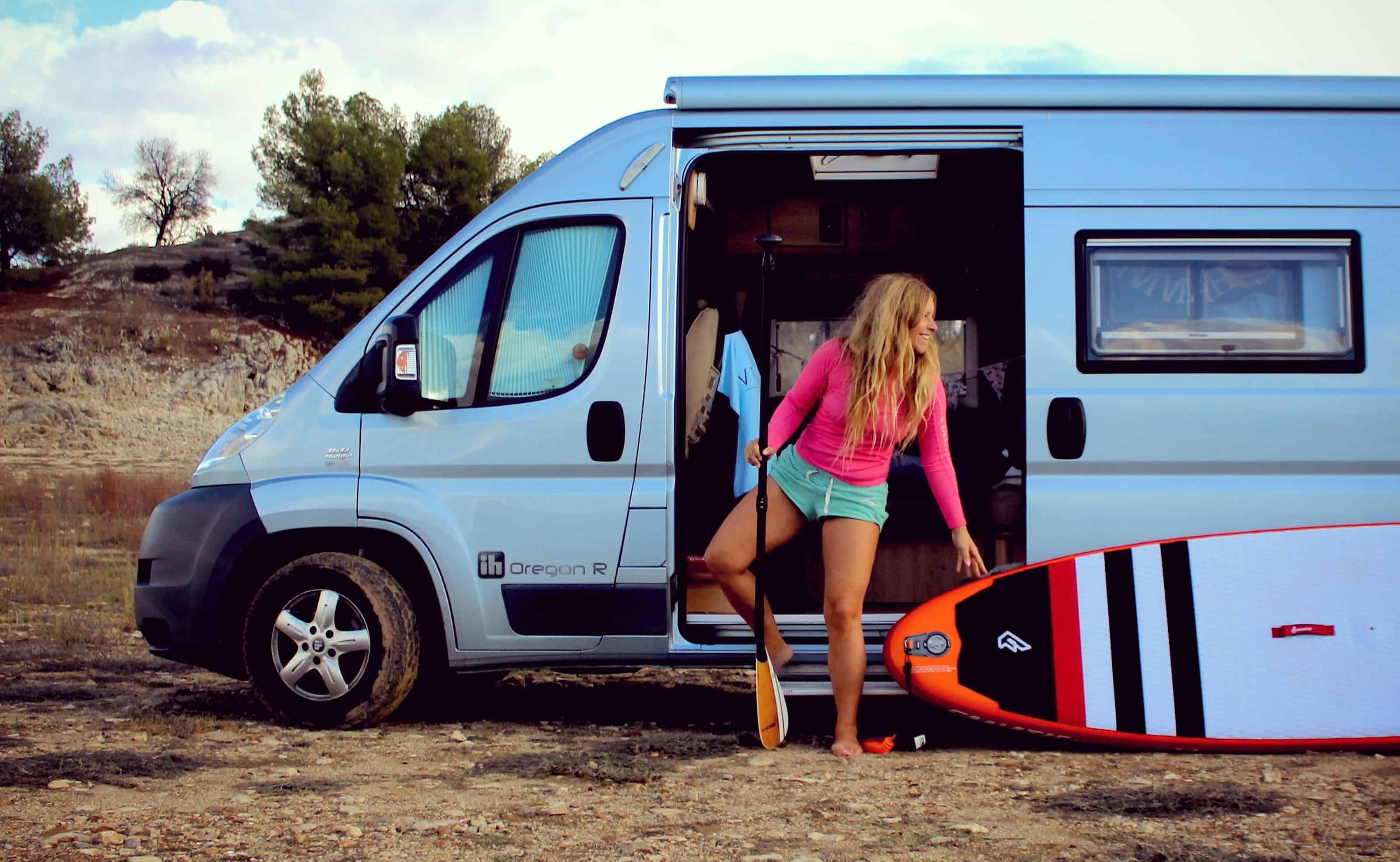 I came across Hanna Sillitoe and her story at an inspiration speakers event in London (catch up with the highlights and hear her talk here). Her story is amazing. After decades living with a chronic skin condition, she decided to ignore the latest advice from doctors and try alternative treatments. In 30 days she cleared her condition entirely from diet. Hannah shares her story with us and also talks about her adventure exploring Europe living out of a van. 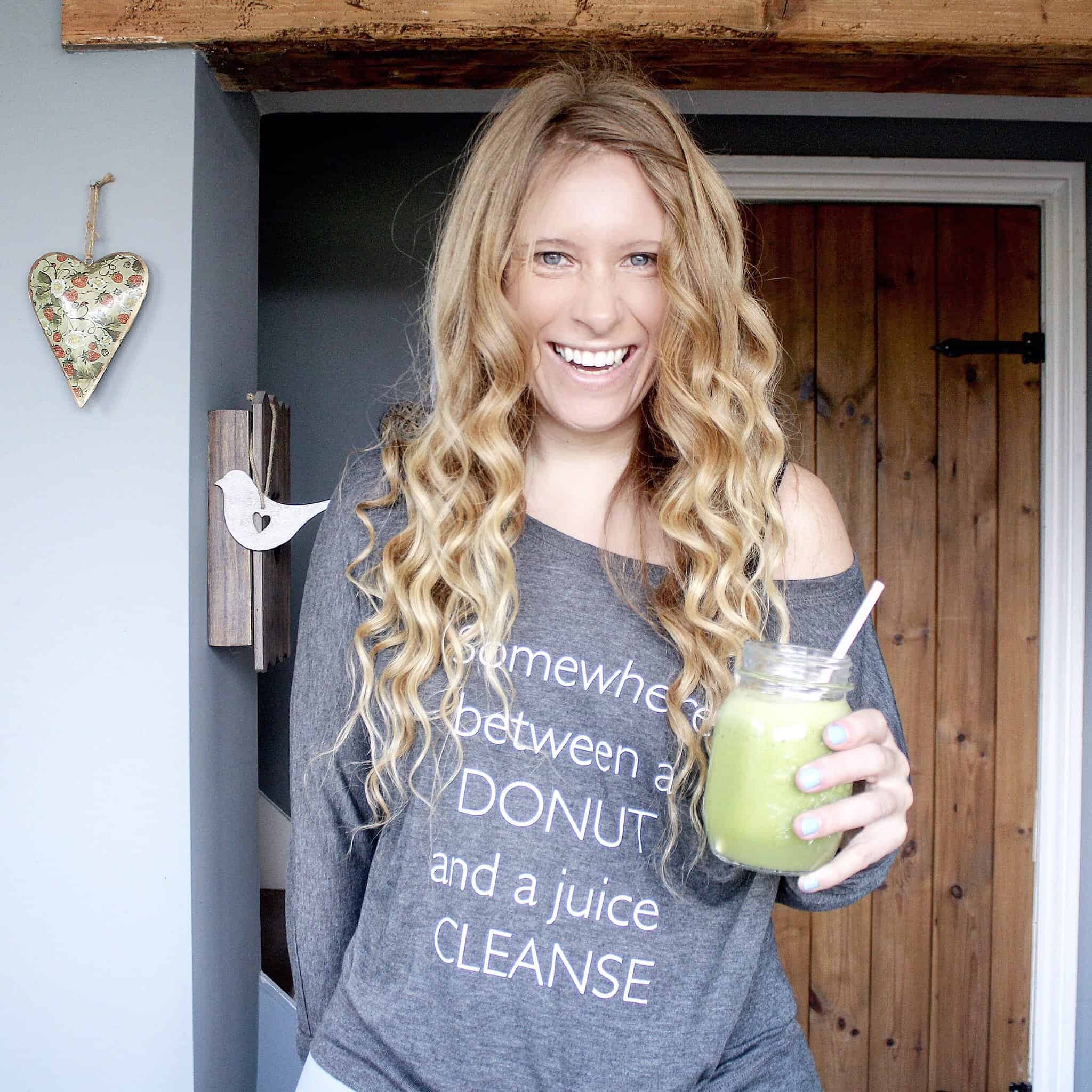 Name: Hanna Sillitoe
Home: Between a cottage in the peak district and my van around Europe
Age: 37
Environment I like the most: Anywhere outdoors immersed in nature – be that beaches, mountains, oceans or forests
Best place I’ve visited: Impossible to pick one but right now my heart is still very much in a little Spanish surf town called Tarifa
Fav adventure: Driving my camper van across Europe with no real plan
Dream adventure: Taking my van further afield to explore even more of the world
Can’t go on an adventure without? As much as I like to leave technology behind, I love my GoPro

You suffered for many years with a chronic skin condition, that must have been difficult?
Twenty years. I started with psoriasis when I was 15 and at school. It was a stressful time in my life and a combination of teen angst, poor diet and general life uncertainty triggered my first flare.

Whenever something is wrong on the inside, it’s always shown up very visibly on the outside for me. I had eczema as a child, spots as a teenager and psoriasis throughout most of my adult life. It was incredibly difficult, even some of the simple things you take for granted such as shopping for party clothes. I’d dread friends summer weddings as I’d be trawling the shops in June looking for long sleeved dresses.

What was the trigger that made you decide to try a different treatment?
I’d had enough. Three years ago my skin flared worse than ever. I’d split with my boyfriend, my diet was poor, I was drinking too much. I went to my Dr and he suggested we try a medicine called Methotrexate – it’s a chemotherapy drug. I understand the principle. My immune system was over reacting so the theory was to suppress it. The side effects are frightening and it wasn’t a route I wanted to go down. So I began searching for something else. 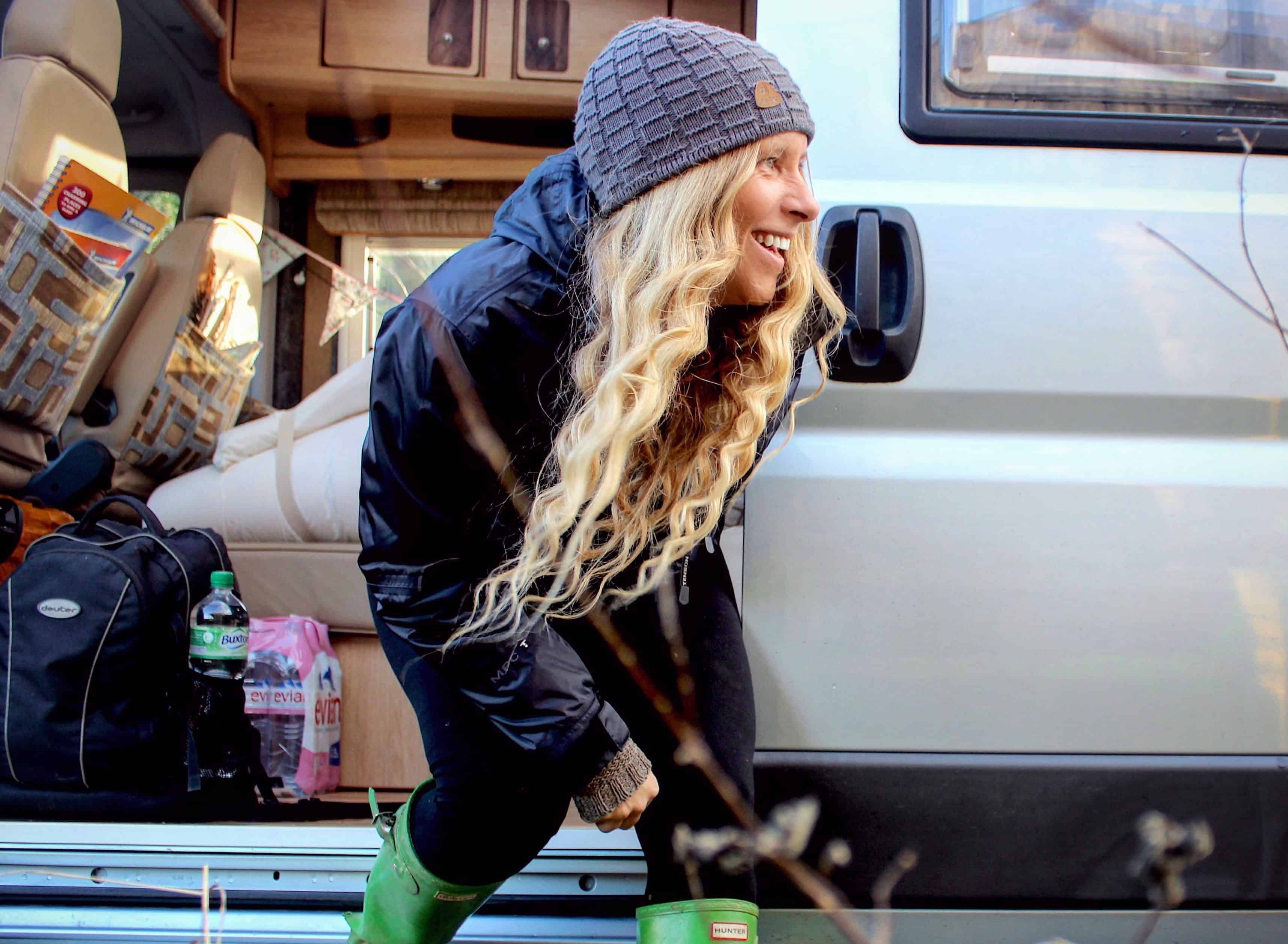 What are the basic principals of the diet?
Lots of alkaline, plant focused greens. Freshly pressed juices and healthy soups and salads. This is most definitely not about deprivation, it’s about learning a whole new way of cooking and eating.

Can you describe the moment when you realised you had cured yourself?
For two weeks my skin got worse. It’s a well known potential side effect of detox, but it was really tough to see. On day 14 something changed. I woke up and somehow my skin wasn’t quite as red, it felt calmer, there was less itching, I wondered if at that point I could actually be on to something. Progress continued from there and by day 30 I went out in short sleeves for the first time in ages.

That was such an incredible moment. 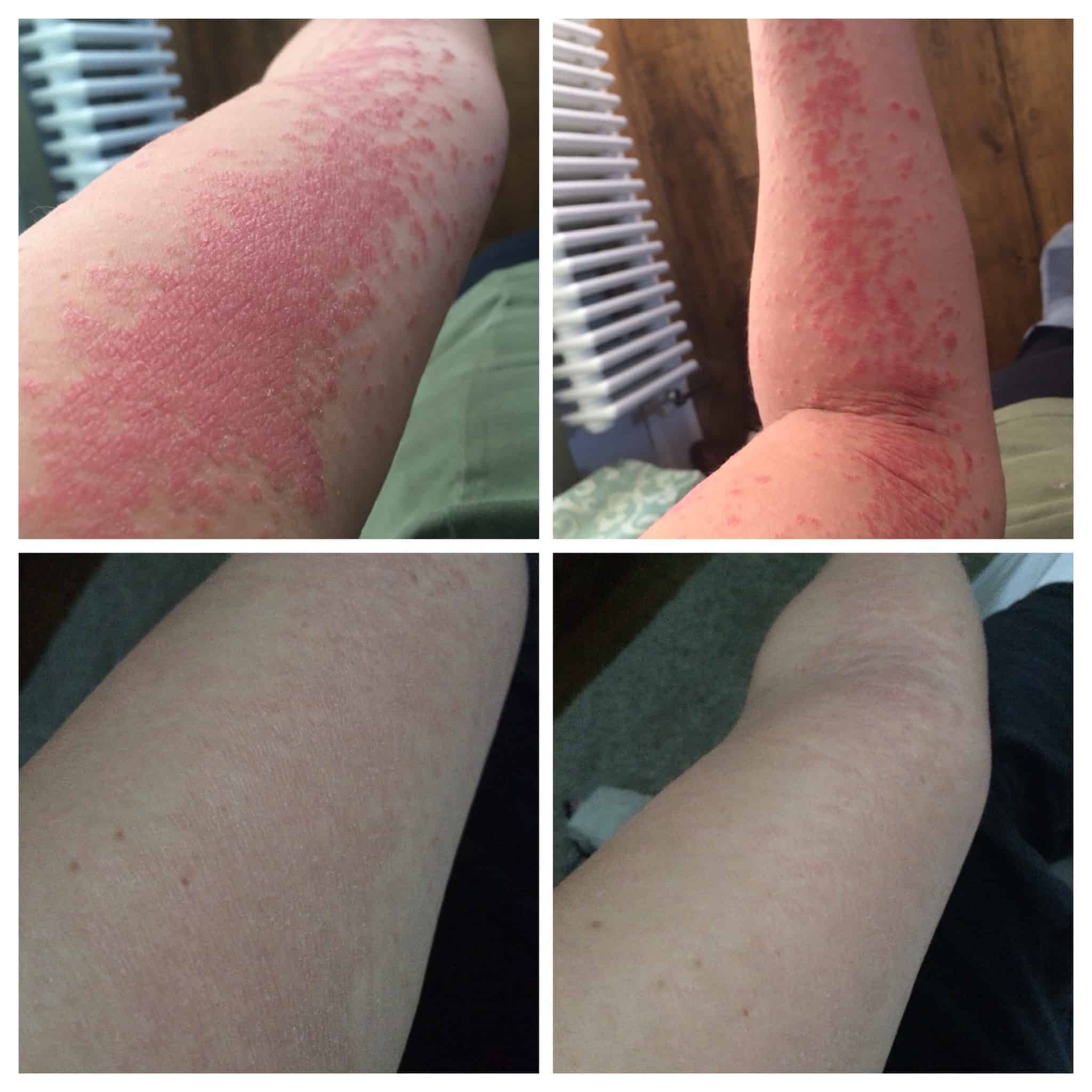 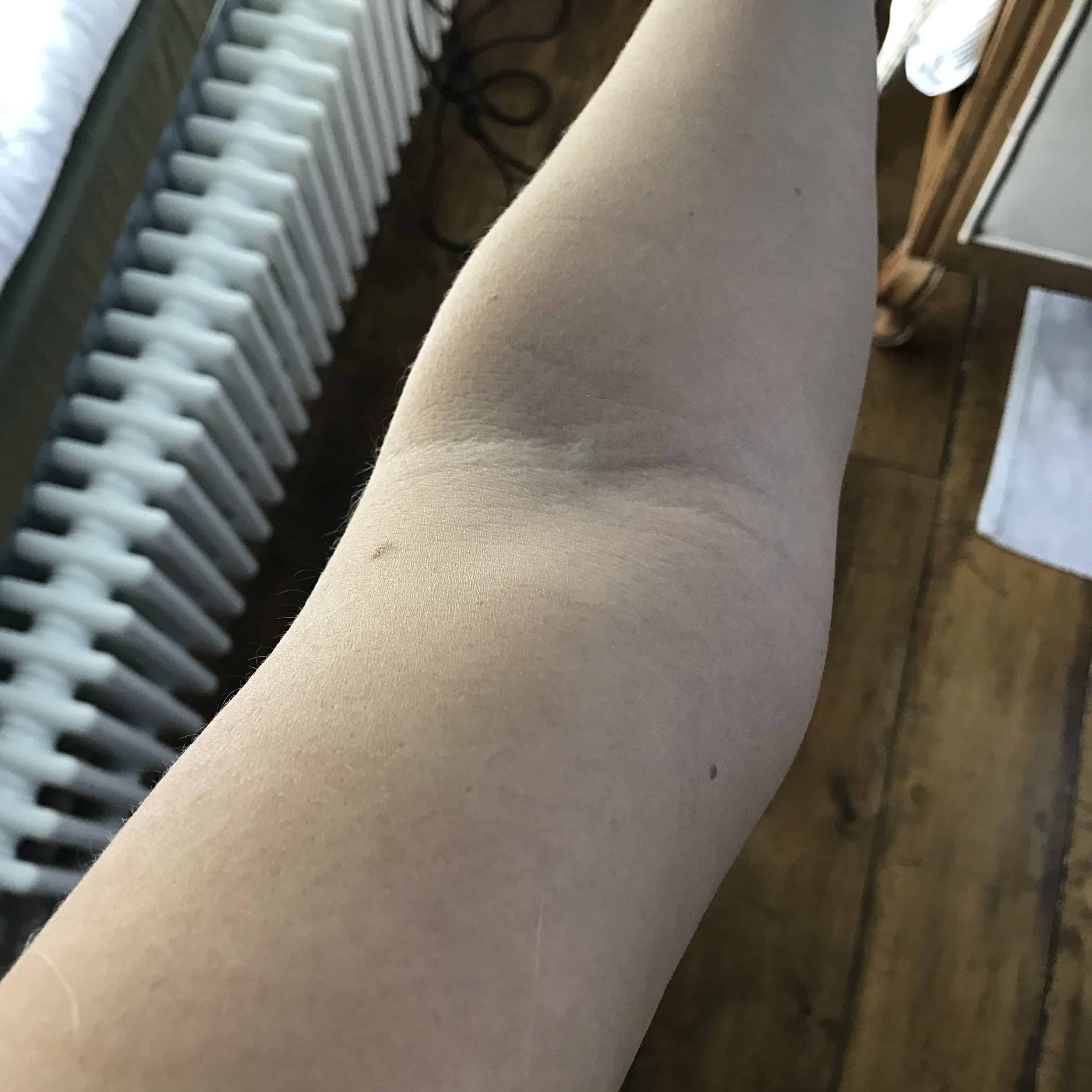 Is this diet difficult, aren’t you constantly think about what you are eating?
I always encourage people not to think of this as a diet but as a completely manageable lifestyle change – one that has to work for you.

I was in a very desperate place and would have done anything to heal my skin, so drinking green juices and living on salads didn’t seem so bad! Once you’ve given your body that break from digestion and allowed it to begin healing, the important thing is to make the lifestyle sustainable long term. There are so many brilliant people promoting clean eating and plant powered foods that even the supermarkets are catching on. Buying healthy products free from gluten and dairy is so much easier than it used to be, and this way of eating does not have to be expensive. In fact, many people message me to say their weekly bills are much less since cutting out (or cutting down on) alcohol, processed foods and prepackaged meals.

There is a little extra planning involved to make sure you have healthy snacks to hand. But lots of the foods I make such as stews and soups can be frozen so it really can become as simple as reaching for a ready meal after a long day – just a much healthier one! 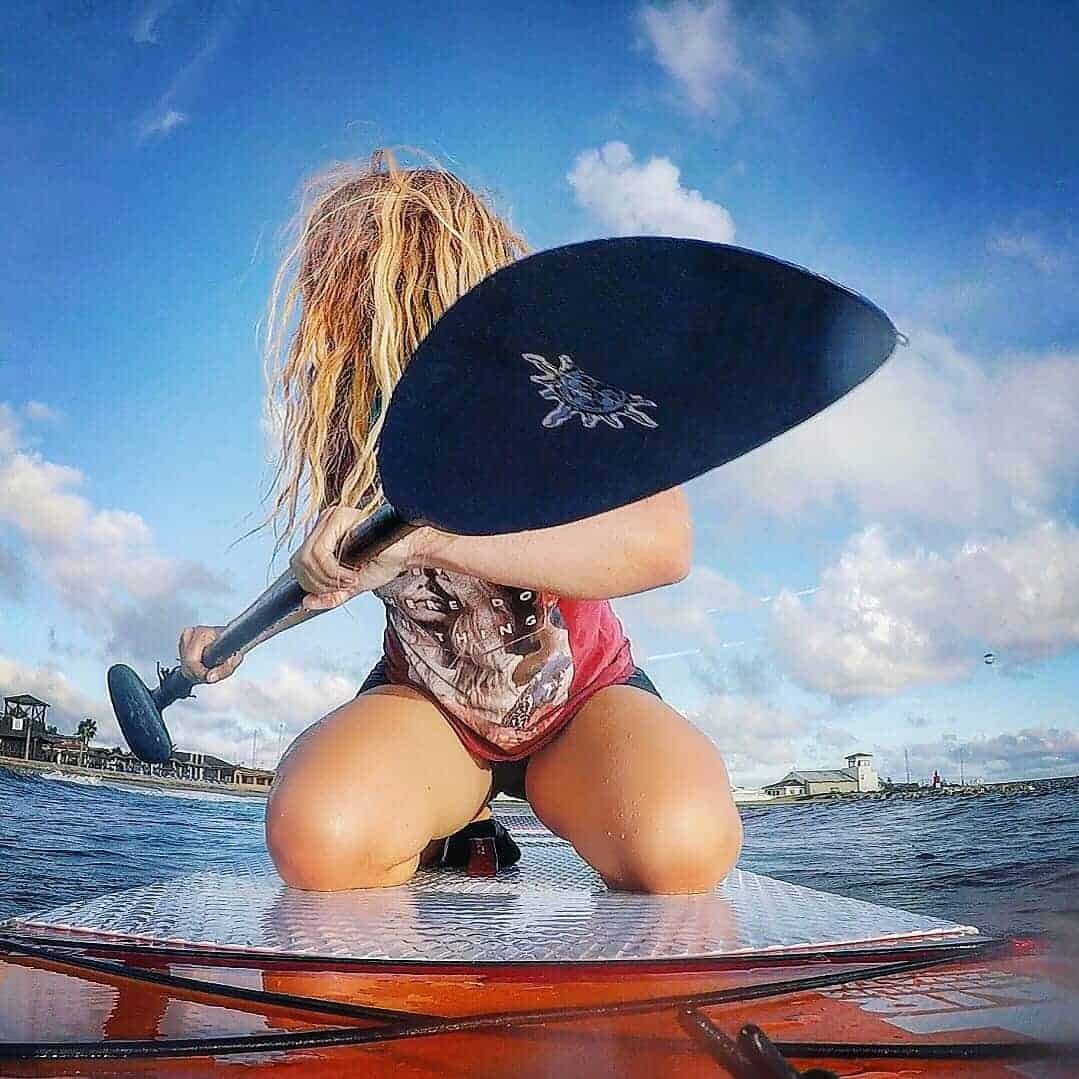 Sharing your story to help others is clearly important to you, is that how the idea of a book came about?
Healing myself was like finding the best cure in the world and all I wanted to do is shout it from the roof tops! I began to use Twitter and Instagram to share my story and soon people began asking for recipes. It all snowballed from there and I figured the best way to reach out and help lots of people would be by writing a book. I wanted it to be a really beautiful, hardback book that people would be proud to have sat on their kitchen table. Not something that people would be embarrassed about and keep hidden at the back of a bookshelf.

What was it like writing a book?
It was amazing! Such a fantastic experience. Getting the book published was incredibly simple, but I do think when you work hard with good intentions and true purpose the universe opens doors very easily for you. My agent, Becky, was hugely instrumental in helping me draft and re-draft the copy and layout and my publishers, Kyle, were just incredible. I am hugely grateful that all these kind people saw the potential in my story and helped me create this amazing book which is changing lives.

You spent some time living in a van in Spain, what was that like?
One of the best things I’ve ever done! I was only intending to bob across to France for a week or two! As time went on I realised it was just as easy to work from the van using 4G as it was being at home. The changing scenery fulfilled my cravings for adventure and before I knew it I was trundling over the pyrenees and down to the south coast of Spain. 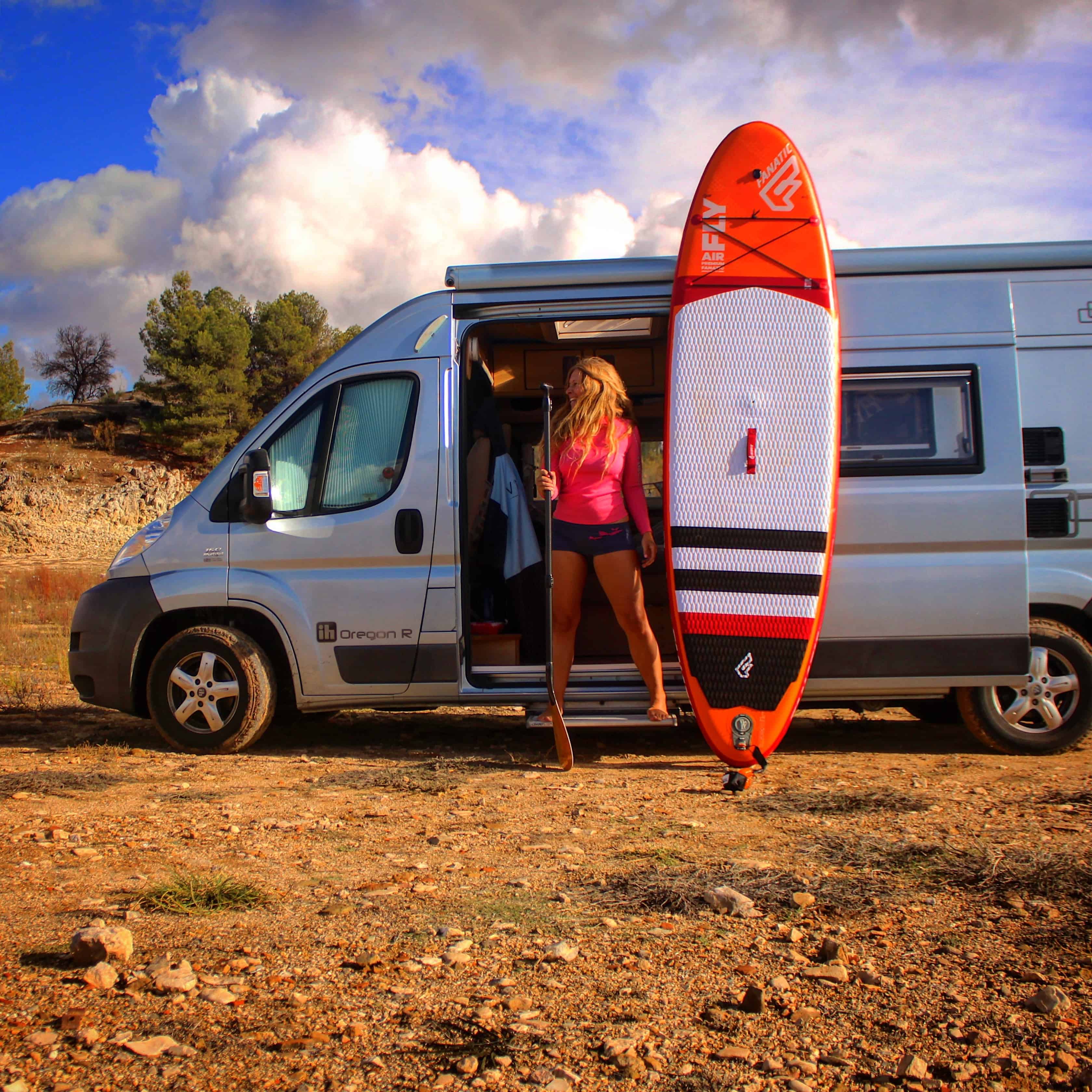 Was it expensive keeping the van running?
Much less expensive than my house! The LPG tank cost me about 7 euros to fill and I’d only fill it once or twice a fortnight. Water was often free at the services and I never once paid to park. I stayed alongside beaches and on top of mountains. I met the most incredible people from all over the world and would quite often be sharing music, food and laughter with different people each night.

What would your advice be to your 10-year-old self?
I’m fortunate in that my parents are both adventurers and explorers so that sense of freedom was instilled in my sister and I from a very young age. My parents’ friends were telling me a story just last month about me being 5 years old and they’d taken us sledging in the peak district. My mum announced it was time to go home. I didn’t want to go home. I turned and defiantly began dragging my sledge back towards the hill. My mother, being equally stubborn, walked towards the car. Not once did I show any fear of being left behind. By the time my parents’ friends went chasing after me I was just a little dot in the distance. I didn’t even turned around. I don’t remember that moment but it’s an interesting reflection. I would tell my ten-year-old self to keep hold of that bravery throughout life. Keep fearlessly exploring. To believe anything and everything is possible. 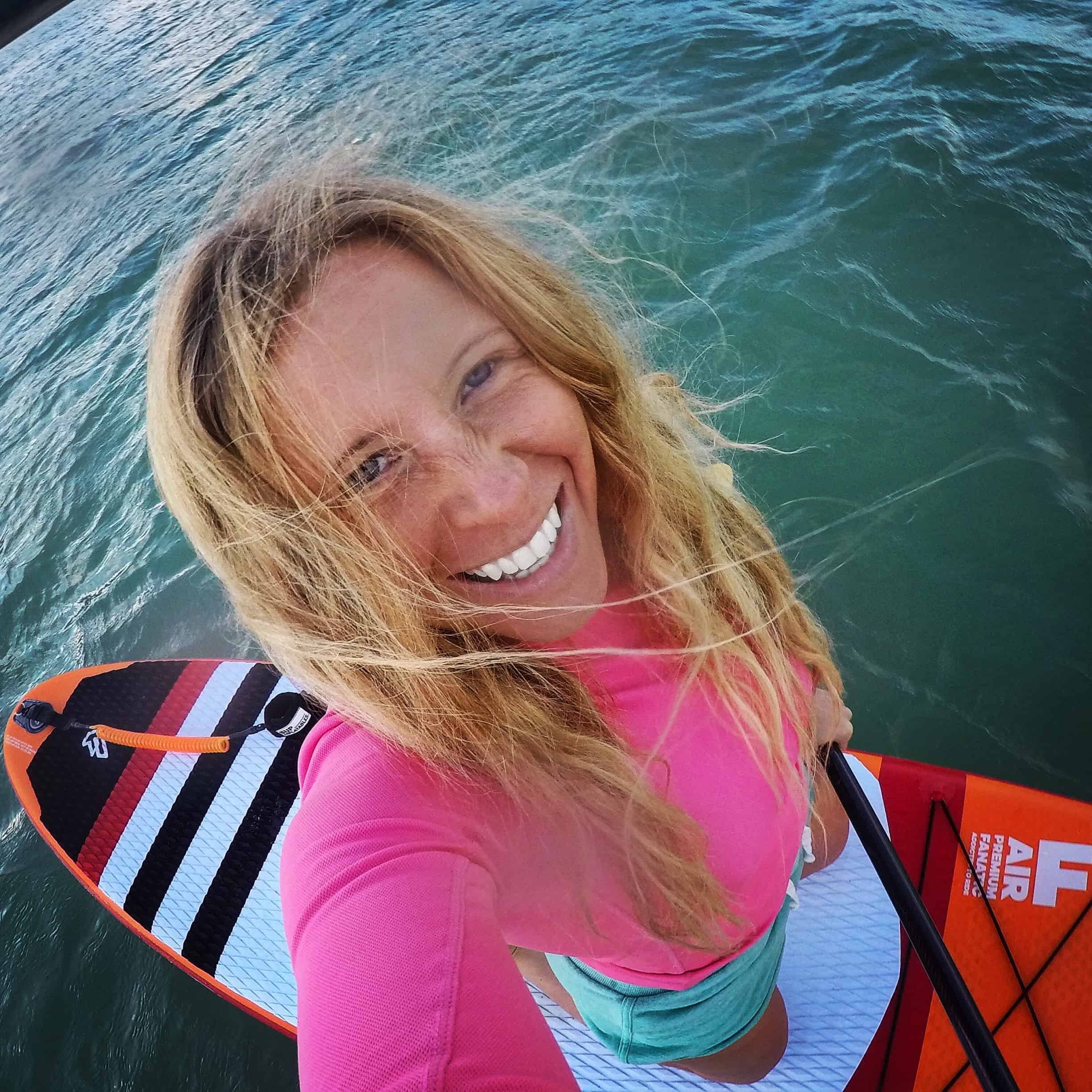 What’s next for you?
I am terrible at planning! I like to go with the flow and see what the universe has in store. It’s lovely to be able to talk at lots of events, to tell my story and share some of the incredibly inspirational words and pictures people send me each week. I’m at lots of food festivals this year and looking forward to hosting wellness retreats to get people started on their journey to good health. I’m hoping to take the van to lots of places too. To share amazing food with wonderful people and demonstrate just how incredible healthy, tasty and powerful plant focused foods really can be!