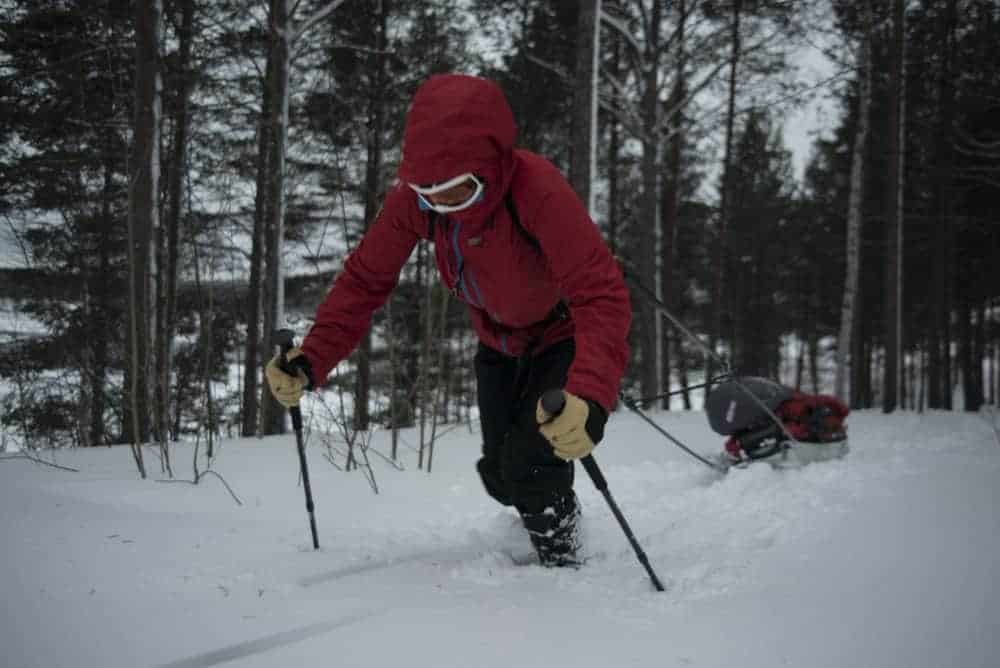 24 year old Lucy Shepherd is no stranger to adventure. She has explored the Arctic, the Andes and the Amazon and has captained a team in one of the world’s toughest and most remote races in Patagonia. She has hiked the GR20 and took part in a solo 500-mile trek across Spain. When she is not adventuring, she is inspiring, educating and documenting. 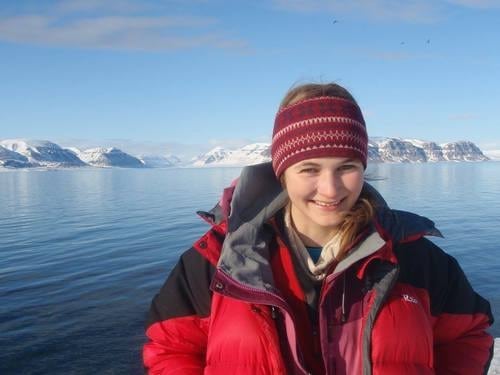 Tell us a bit about you…

I was brought up in Suffolk as an only child but with some very close best friends whom I would play for days on end in the fields and forests nearby. Looking back it was an idyllic childhood where there were no pressures of being someone who you didn’t want to be. I have a love of storytelling whether it be factual or fiction and this continued when I studied film and television production at York university. When I’m not out of the country, I work at ITN Productions making a range of TV programmes.

Where did your love of adventure begin?

It had always been in me but it wasn’t until about age 16 that I stopped and thought of it as a love for adventure. 16 was when I went to the North of Scotland for a two week adventure course – here I really found my feet and excelled at all the activities. It was here that I first learnt the term ‘expedition’ and I loved it. 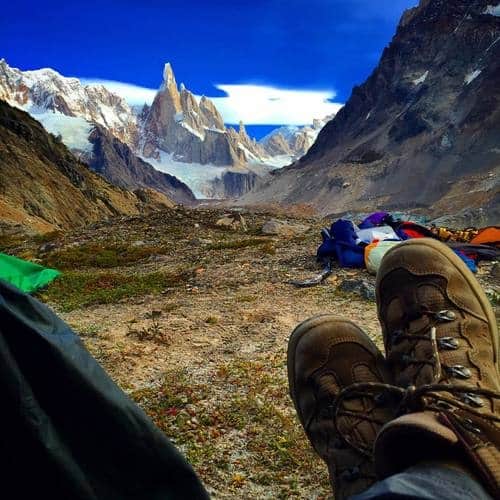 Once you had that desire in you, what did you set about planning next?

Once I realised there was something a little different about me compared to a lot of my friends, I set about seeing where it could take me. I applied to take part in a scientific expedition to the Arctic which would involve living and moving in the Arctic wilderness for 10 weeks along with ten others. It was the first real goal I had to work towards so I made sure I was the most prepared I could be… As one always should be for expeditions.

At what point did you decide that adventuring and documenting was to become more than just a hobby, you wanted to make it a lifestyle?

Around two years ago on a walk across Spain  I realised it was something to pursue. Every aspect of doing those things made me feel so alive that I had to make it into everything that it could be… I’m still working on that but it’s a goal I’m in for the long run on. 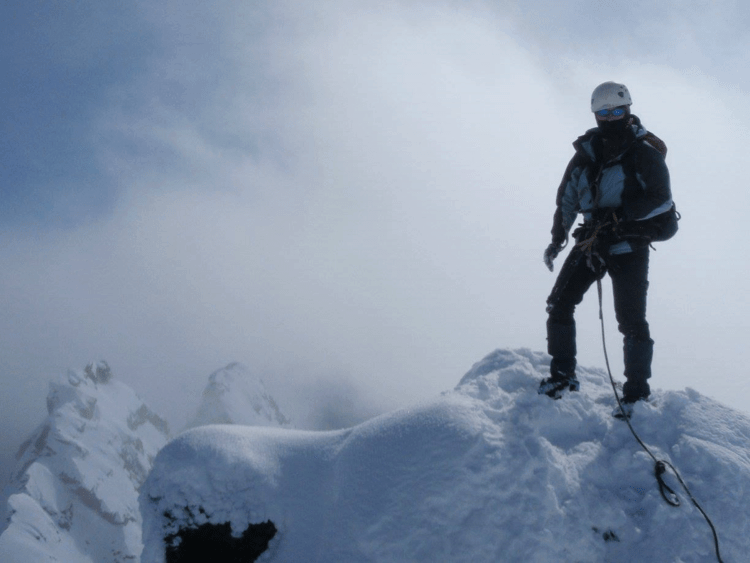 One of your early expeditions was ‘The Heroes of Telemark’. What was this and how did it come about?

I became good friends with the well-known explorer and business man Neil Laughton, soon after my Svalbard expedition. Neil invited me to join him and four other men on the Heroes of Telemark expedition. We followed a famous operation route from WW2 which took place in the arctic wilderness on the Hardangervidda.

Adventuring solo is something that a lot of women are cautious about. You once hiked 500 miles solo across the Picos de Europa. What was it like doing this alone?

That was a very spontaneous trip indeed. I did the usual – decided on a country, bought a map in Stanfords and plotted a route across. It was pretty exhilarating doing it alone. I could be as selfish as I liked and make all my own decisions. Sometimes it was tough but a good music playlist helps. There were a few sketchy moments but I was able to control them to an extent. The only people I would meet were locals who didn’t speak English and apart from a couple of encounters, most people are out there to help! I came away with some remarkable stories praising humanity afterwards. 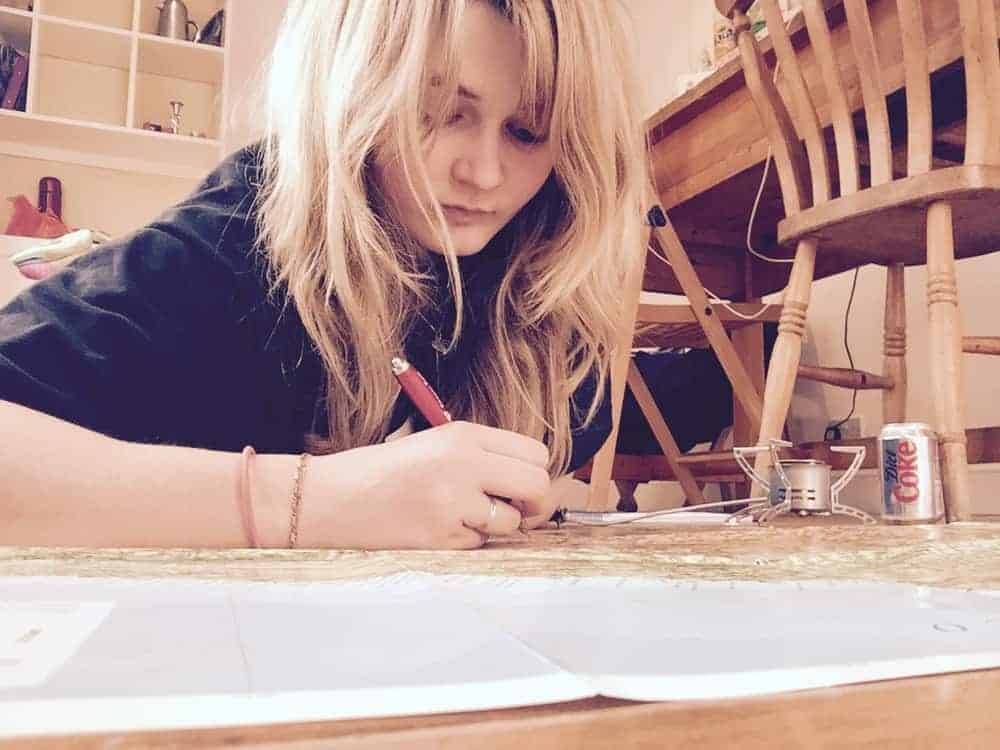 You became the youngest woman to captain a team on the Patagonia Expedition Race, what made you decide to put a team together to take on this grueling race?

It all happened very quickly but the main reasons were the variety of skills it presented and the learning required to make it happen. I love committing fully and working out how to get there afterwards.

How did you make it happen?

For our final team of four, our meetings were very unique and wasn’t put together in the usual recommended way! I like to go on expeditions with people I know but in this case we had to get to know each other through the months of training beforehand. Those guys became my family.

One team member and I had met once a year before and we’d followed one another on social media. I put a feeler out to him to see if he would be interested because he had the fitness, enthusiasm and skills to add to the team and sure enough he said yes!

The second team mate came on board after I hitched hiked with him on the way to the start of the famous GR20 Corsica trek – we had hours to chat and his background was perfect to be part of the team and it was an adventure he had been looking for. The last team mate and I met at The Explorers Club in London where I got more than a team mate but my boyfriend too. Our team of four was set and even though none of the others had met before, the bond was simply amazing. I couldn’t have asked for a better team.

As a captain my job in the months before was to make sure we had all the right skills and qualifications required to compete. 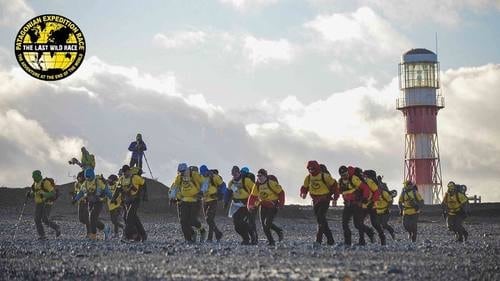 What sort of training did you do for this challenge?

It was a hard one to train for as it had so many disciplines. It was a mixture of running, mountain biking, yomping, kayaking, weight training, sleep deprivation…. It was probably the hardest trip I’ve had to train for simply because no muscle got a rest.

You have recently talked about being underestimated. As a young woman, with blonde hair, people don’t see an adventurer. How do you respond to this?

I think all women get it to an extend and I’ve found that I like to keep quiet and prove them wrong. I’m not one to be loud and show off so if I ignore the negatives and keep focused on my goal, that’s good enough for me.

How do you fund your adventures?

Recently I’ve been getting sponsored more and more which is, of course, a huge help but other than that I apply for numerous expedition grants and save save save. Expeditions can sacrifice a lot of things so the desire to do it is the most important thing. Getting sponsored is always a hard process now that so many people fancy themselves as the next Bear Grylls. My most successful sponsors have often come after face to face meetings so getting yourself out there and selling yourself, your purpose, your expedition, your mission and what you can give back is vital.

Where do your ideas come for your adventures?

I’m one to act fast so an idea can come from anywhere but as soon as I latch on to it, I will commit very quickly.

Your message to the world is ‘don’t lose your botheredness’, what does this mean?

The best way to explain this is pretend you’re sitting in the tent. You’re in your sleeping bag, it’s freezing and you’ve just got to a comfortable temperature. You’ve been pulling a sled all day, you are exhausted and you sense that there’s storm brewing outside. You can hear one corner of the tent flapping outside but it’s probably fine. The guy rope may have come out but you can’t be bothered to check because the tent feels stable now and you just want to sleep…

As soon as the line ‘I can’t be bothered’ pops into your head, sort it. Whatever you’ve just said you can’t be bothered to do, be bothered. If that guy line is left and the storm gets worse you’re going to have to get out later on and things could get a lot worse.

Don’t lose your botheredness is all about doing the necessary immediately before it creates other problems. If walking and it feels like your foot is sore but can’t be bothered to stop and put tape on it – it’s just going to get worse! I also take the term don’t lose your botheredness into everyday life from everything to when you struggle to get out of bed for a morning run to when you need to head to the shops.

The term works wonders on me and I hope others can take it on board too. 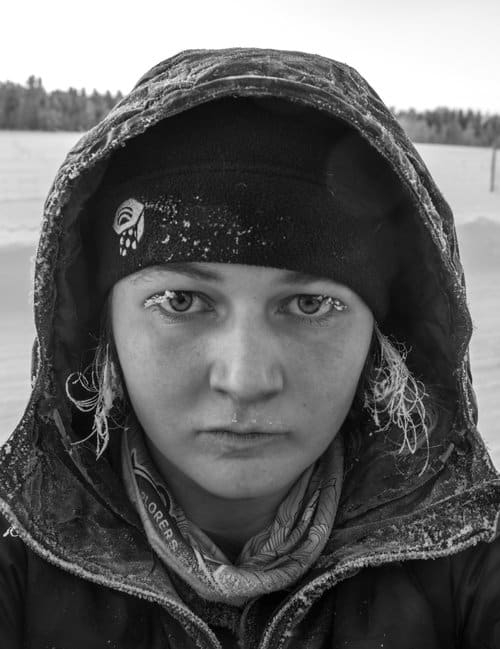 What would your advice be to your 10 year old self?

Don’t worry about others think, keep doing what you’re doing and don’t be shy.

What’s next for you, any more adventures, any ways that you hope to grow as an adventurer?

For now, I’m about to leave for Alaska to climb Denali so that is first on my mind. Adventures after that are endless! I always hope to grow as an adventurer after each trip. For me, I am going to be focusing on organising scientific expeditions with a real purpose to gather data and create awareness for climate change alongside continuing to document the expeditions for inspiration and motivational reasons.