Running over 2500km as a solo female. Was it safe? 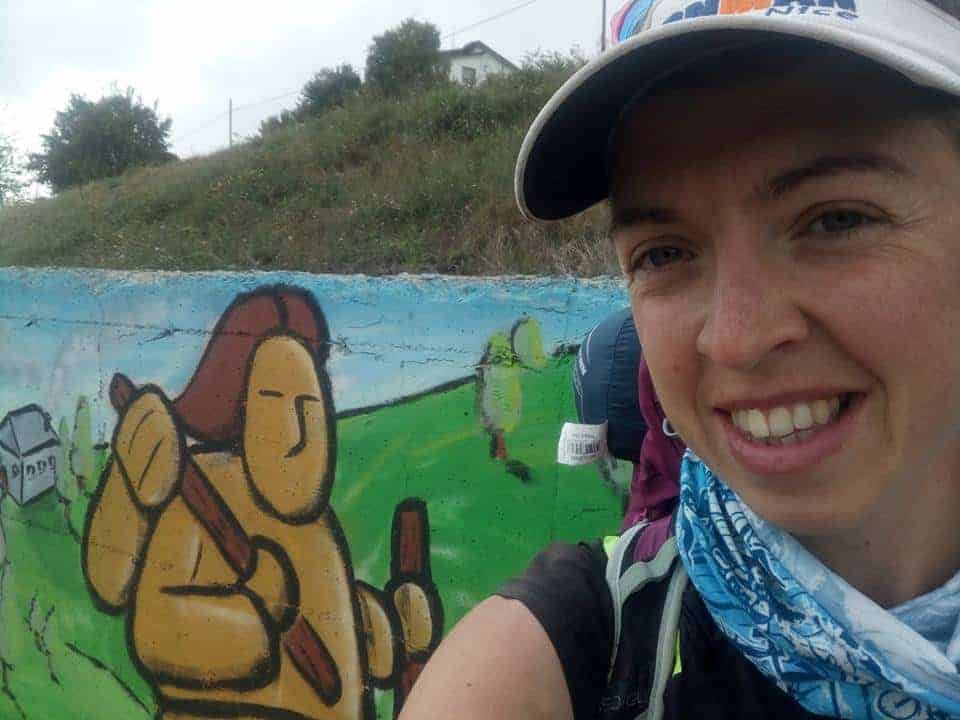 This is the question I got asked the most prior to leaving for my trip (running from Rome to London), to the extent that I wrote this post about my thoughts on female solo adventuring (link). It would be careless of me, then, not to report back, pos  t-trip, about whether my belief that it would be safe stood up to the real life experience.

Only twice did I feel that the fact of being female made someone act in a negative way towards me. And, like the above paradox, it was in the country I loved most – Italy – where I had the only two unpleasant moments of that kind of the whole trip.

The first time it happened was in a beautiful little town in a valley where I arrived after tackling my first major mountain pass on my run. I had spent five hours going up on one side and two hours down on the other so I was desperate to just sit down. It was a little strange, therefore, that the man who welcomed me to the accommodation and showed me around, insisted that I get some sheets and help him make the bed. Obviously, I didn’t have a problem with it, I was being housed for the night, after all. It just felt rather unusual.

“Quanti anni hai?” he asked me, while we tucked the sheets around the mattress. How old are you?

I told him I was 31 and he smiled, told me he was 56 and asked something along the lines of whether he was troppo vecchio, too old.

Looking at me while he said this, he also commented that I had bei occhi, beautiful eyes.

Given that flirting is a national pastime for Italian men, it doesn’t initially sound like much to worry about but there was something distinctly creepy about this. It was 4pm and I was the only pilgrim there. I hoped someone would turn up later.

I thanked him and started to unpack a few things from my bag, clearly the sign for him to leave me to it. Instead he pulled up a chair and asked, “hai bisogno di qualcosa?” Do you need anything?

Again, I thanked him and said no.

He remained in place and said, “un massaggio?” and I’m sure you don’t need me to translate that one. He pointed to my shoulders and back. Keeping it friendly, I refused politely.

He started to pick through the things I had taken out of my bag, looking with interest at my soap and asking me what it was.

“Sapone,” I said, this whole thing getting weirder and weirder.

He then asked “hai intenzione di fare la doccia?” Are you going to shower? 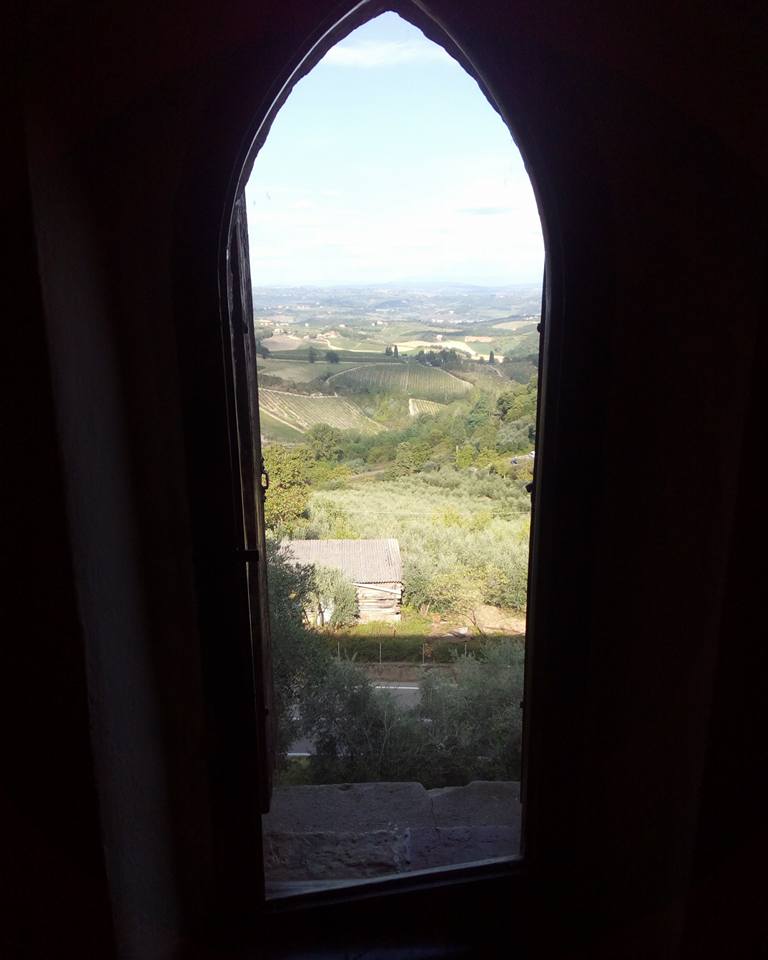 As the weirdness didn’t seem to be going anywhere, I just sat still and didn’t say a word. Surely that was a clear sign that there was no more conversation wanted. He asked again if there was anything I needed, again I said no. Then after fiddling around with a few other things I had unpacked from my bag, he got up and left. I breathed a sigh of relief, until I noticed that he had left his keys on the table. It felt very like a deliberate mistake in order to return to the room.

Sure enough, a minute later, he arrived back, asked if wanted anything else, took a seat, stared openly at me and asked when I was going to shower. I begged another pilgrim to arrive, just one, anyone, but no-one did. When he left for the second time, I quickly went to shower, washing my clothes too. He had shown me that there was an outside line under the window sill running along the length of the building, where I could hang my clothes. While I was pinning the clothes on the line, he poked his head out from a window further down and looked at them.

He berated me for not having spremuto the clothes enough, they were still a bit wet. He then pulled at the line until my clothes were underneath the window he was at and, slowly and deliberately, unpinned each item, wrung it out, getting a few droplets more than I had, then pinning it back. I watched, uncomprehending, as for ten long minutes, he felt at liberty to put his hands, unasked, all over my running shorts, t-shirt, sports bra, socks.

Once he was finished, he asked again if I needed anything else. I again said no and started to make a plan. The door to the room didn’t have a lock on and I needed some kind of guarantee that he couldn’t get in overnight without me knowing. I took out the guy ropes for my tent and tied two on the door handle, then onto the bunk bed where I was staying. Because the door opened outward, he wouldn’t be able to open it without pulling the bed across the room. This would wake me so that, should he choose to still enter the room, I would at least be ready. Under my pillow I hid a whistle that may just scare him, even though there was no-one else in the building. I also put under my pillow a spare tent peg, should the need arise to have to defend myself physically.

I was 80% sure that nothing like that was going to happen but I would have been stupid to ignore the strangeness.

I also knew there was a hotel in town so I packed my bag and figured I could just bomb out past him, if anything did happen, and hope they had a room free.

So there I sat, feeling a little like Lara Croft, illuminous yellow guy ropes strung across the room, tent peg at the ready, reading my book. At this point, I didn’t feel that the threat was overly dangerous to me. Because of what had perhaps been a stroke (his slurred speech had made me think this when I first met him), he didn’t appear particularly strong. I didn’t imagine it would take much for me to escape, should anything happen. But it was a threat that annoyed me. I knew it was because I was female. I had been running for over three weeks by this time and the initial weight loss made me appear quite petite. My cropped short hair gives me the look of a small teenage boy and I can understand that I may have presented an easy target.

I was carrying 15 bloody kilograms on my back every day, though. I had hauled it up and over a mountain pass that very day. I was running 20 km, 30 km, 40 km every day with very few breaks. I had been on the road long enough to know that I was not going to be scared out of town by someone who was overstepping boundaries. I had guy ropes and tent pegs and a whistle and I was strong. I would win.

After about an hour, I heard a male voice. Another pilgrim! Untying the ropes, I nipped out and saw to my delight that it was. I shot over and made conversation and, thankfully, he was hungry so we left the building together in search of dinner.

Nothing else strange happened and it’s doubtful it was ever going to but I was irritated, to say the least. 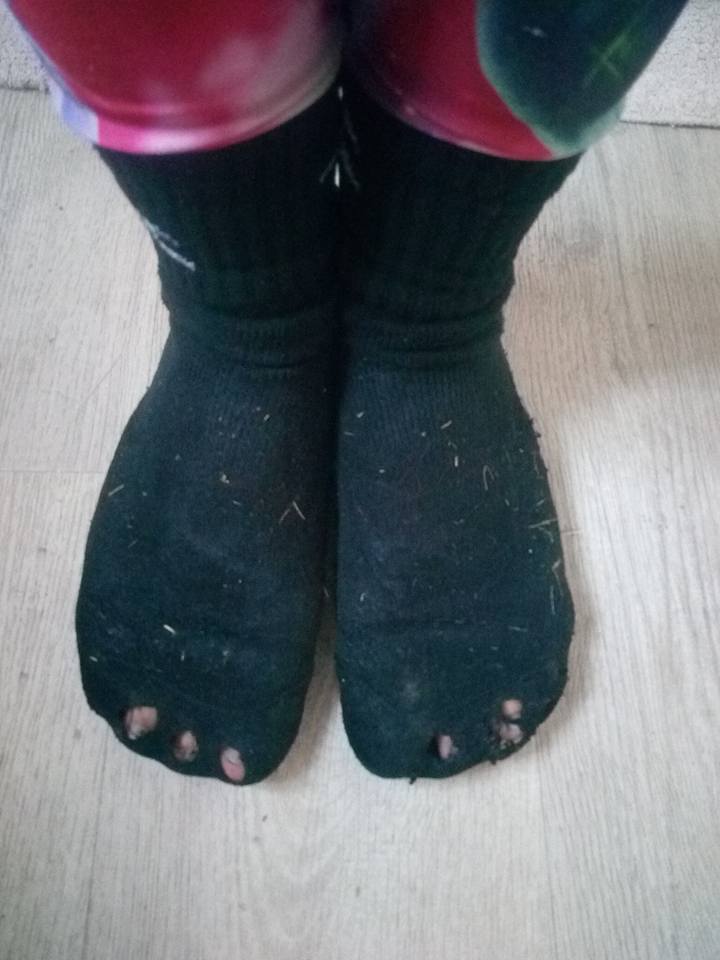 The only other time I had any trouble was perhaps less strange, in context, but still problematic.

I was plodding along one day, road on my left, a small river on my right. On the other side of the river, in front of a foresty area, stood a man. He shouted something over to me but the cars drowned him out. I was used to strangers asking me what I was doing and didn’t view this any differently. I presumed he was asking about what I was doing so I shouted, “Sono una pellegrina.” I am a pilgrim.

I thought I heard him ask me where I was going so I told him the town I was heading to that day.

“Oh,” he shook his head. “Troppo lontano.” Too far. He told me it was ten kilometres away, when I knew it was more like five.

“It’s okay,” I said and made a running motion with my arms and giving him a thumbs up so he’d know I didn’t mind the distance.

I gave a quick wave, to indicate I was ready to move on and took a few steps but he shouted over again. I missed most of it but I did heard the word regalo, gift. My first thought was, does he want to donate to the fundraising? That didn’t seem to make sense though, he hadn’t even asked me if I was raising money. Seeing my confusion, he asked if I wanted a regalino, a small gift, and held something up in his hand. Something blue. A €20 note. Then he started to unbutton his coat.

That’s when everything fell into place.

“No, grazie!” I shouted and hurried away.

I remembered then that a fellow pilgrim the day before had told me that you see quite a few prostitutes in the forests near the roads in this area. I also cottoned on to how frequently police cars were driving up and down the road. A few minutes later, I passed a white car parked in a lay-by and, as I neared it, I realised it was the man with the regalino.

“Ciao,” I said, speeding up to pass him. A few minutes later, he drove past me, beeping his horn. He did so another three times until my path left that road and went off through a village, at which point, I seemed to lose him.

Again, this incident didn’t feel particularly dangerous, I was being passed by police cars regularly and there was enough traffic on the road that he couldn’t have done anything without lots of people seeing. It was his lack of decency that got to me. I was clearly not interested. He must have realised I wasn’t a prostitute early on but then kept on pursuing in the hope that I might anyway be up for a bit of paid action. Ridiculous and quite offensive.

In conclusion, I would say that yes, it was safe and I would recommend solo travel to anyone, regardless of gender. There is no reason why a man should be able to think of the world as his oyster and a woman have to look on from the sidelines.

The moment Laura completed here epic journey. We think she is a legend!…… 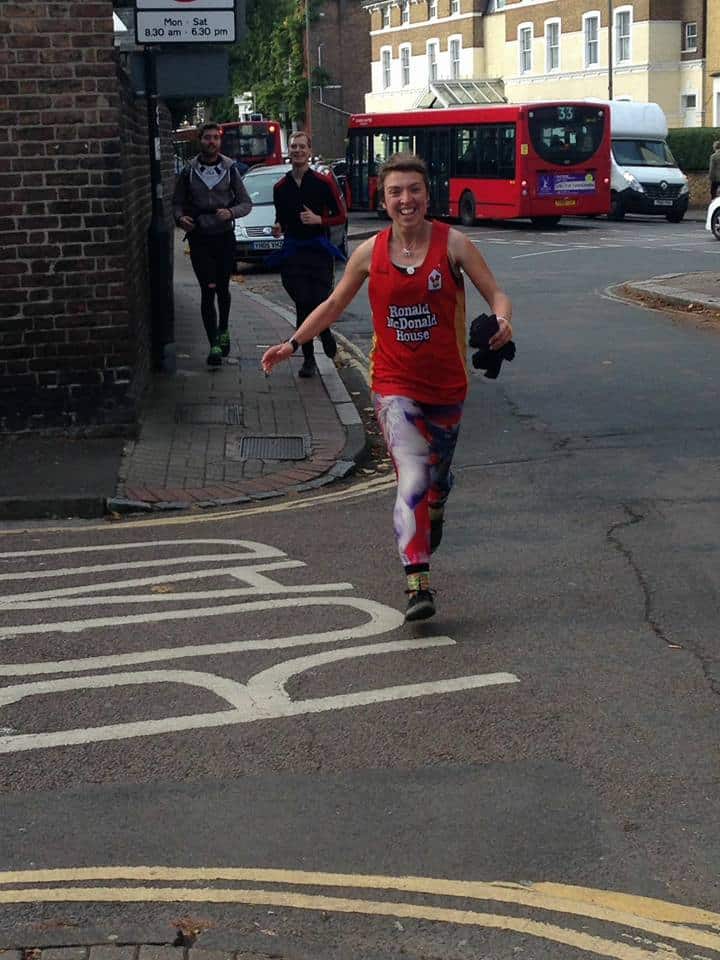