From Heartache to Adventure Part 1 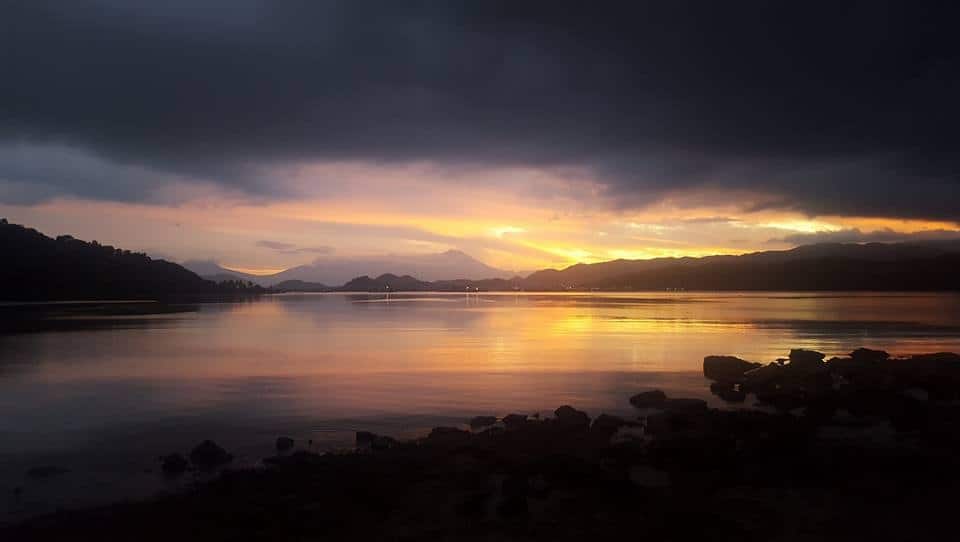 Well, what should I do now?

I had always envisioned myself being married one day (preferably to Tom Hardy), with little sprogs, owning a dog and living in a beautiful home.  My desire and anxiety in achieving this picture perfect life grew stronger as I got older.

Why did I have panic attacks?  Was it my job?  My life?  The concept of Tom Hardy being my lover not becoming a reality?  Was it the expectations and challenges that us millennials will encounter for many years to come? Despite all these anxieties, being British and with a stiff upper lip, I carried on.  The biggest safety net for me was my family, friends, and the love of my life that I was to marry.

Not to bore you with details or victimise my situation whatsoever (it’s really not worth the box of tissues), but the man who I thought wanted to be with me the rest of my life, well….it turned out he didn’t. 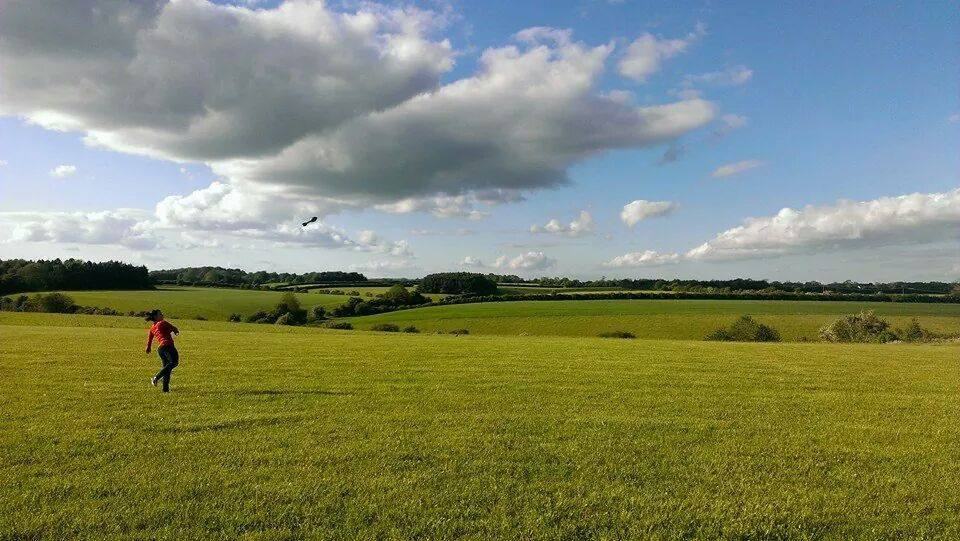 Dreams of a wedding, marriage and having a family quickly disintegrated before me, completely out of my control.  Life really sucked.  What would I do?  How would I cope?  Continue working as a teacher in London, scrimp and save every penny for a mortgage and continue living the life of a skinny-almond-latte drinking hipster?

In the end, I made the ego crushing decision and moved in with my parents and embark into the unknown.  I left my job, my London home, and for the first time in my life did not have some form of plan.

What was to follow not only helped me, but also saved me.  This next chapter in my life challenged, healed and invigorated me.  Without a doubt, the support of family and friends played a huge influence, but there was one friend in particular who initiated the spark for the next 6 months.

Remembering who I was

Throughout the tidal wave of abusive comments about my ex: ‘Fuck him’ ‘What a prick’ ‘Such a shitface’ (now his official title amongst my family), my friend simply said…..

‘Remember who you were before.  Remember what you wanted.’

That’s exactly what I did. 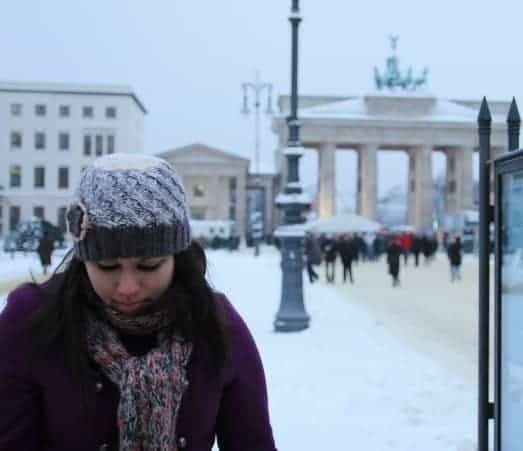 I searched parts of me that had not emerged for a long time.  My passion for learning and discovering new things in the world was the fundamental reason that I became a teacher. So, I used my mortgage savings and booked a shit load of trips without knowing what lay ahead….

Love sucks.  Pass me the Stein

I did not envision my first holiday being single involving a Ryanair flight full of Essex boys dressed in homemade Lederhosens, mostly consisting of Primark’s bargain items.  This was my first time going to Oktoberfest, and the offer of drinking litres of German beer sounded the perfect answer.

I stayed with a group of my best friend’s University pals near Theresienwiese, where Oktoberfest takes place.  The plan was to leave the house by 7.45am and start lining up to get a head start.

Dressed in a borrowed Dirdnl outfit, we left to start our day of drinking Bavarian beer for breakfast.  After being closely supervised by what appeared to be the extended family of the bad guys from Die Hard, the doors were opened and we all stampeded into the Bierzelt (beer tent).   Launching ourselves onto the tables, and then once claimed, the 2-litre steins of beer were brought out and thrust in our hands. 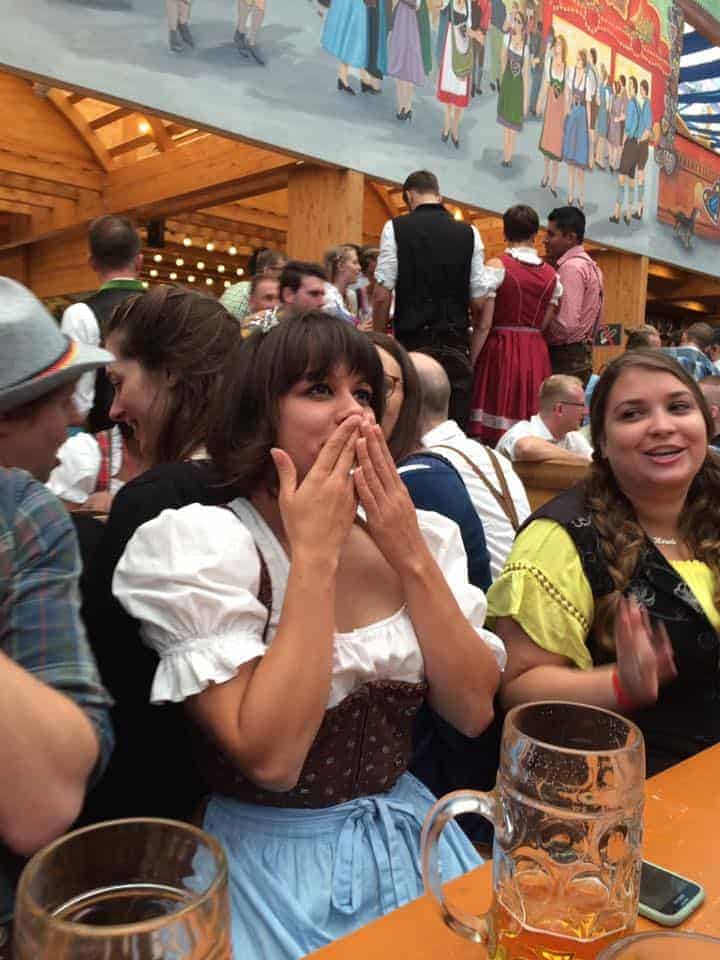 By 9.45am I had already consumed three quarters of my first stein, as well as two Weißwursts and a bread roll.  The traditional Bavarian music echoed throughout the gigantic beer tent, beautifully decorated in montages of German traditions and varieties of Bavaria flags.

Often an incredibly brave and sometimes naive individual would stand on the unstable benches to down the beer in one, and if successful would be cheered by the entire beer tent.  If not, you’ll be booed and endure it while you hide your shame by eating that pretzel you ordered earlier.

I was astounded by the many places that people had travelled from to be in Munich; Europeans, Americans, Canadians, Russians, Australians, South Africans, Central Americans. However, people danced, swayed, hugged, kissed and sang together, becoming friends within only minutes of meeting each other.

Maybe it was the beer talking, but it was so easy having conversations with people, some who couldn’t even speak English, which I loved.  One conversation with a young cute Brazilian man (who bought me a stein) mostly consisted of repeated conversations about beer, British weather, and football. 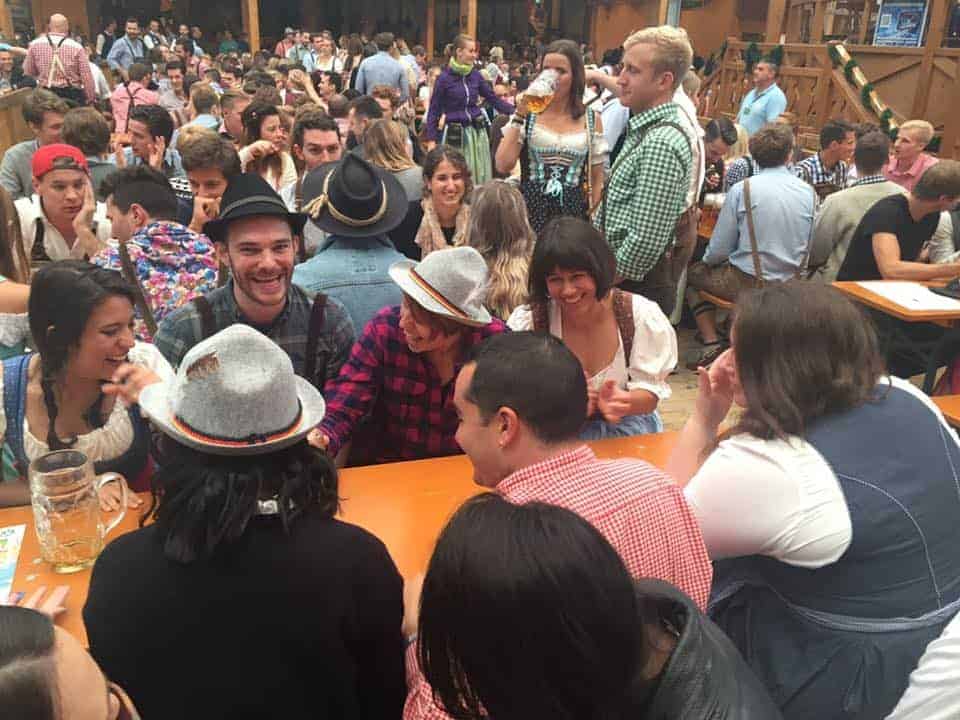 Unfortunately, all things do come to an end.  Mine involved passing out in one of the toilet cubicles and being escorted out of the beer tent.  I’m afraid the Brazilian fantasy would have to wait for another day as my liver recovered. With sick down my Dirndl Apron, I slowly stumbled my way back to the flat and slept face down for the next 12 hours, still in my Dirndl.  Oh yes, this was me putting my finger up to Cupid. 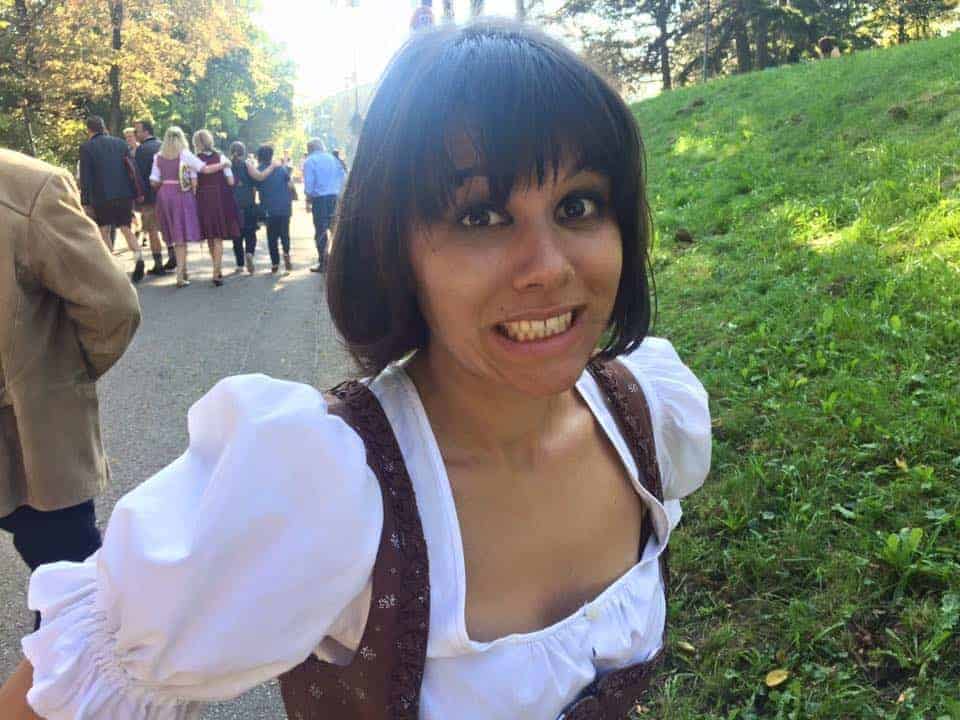 First step forward; I went by myself to a new place with new people.  It felt great and I wanted more.  Munich is a fascinating city enriched in history, beauty, and open-minded citizens; it gave me the boost needed. 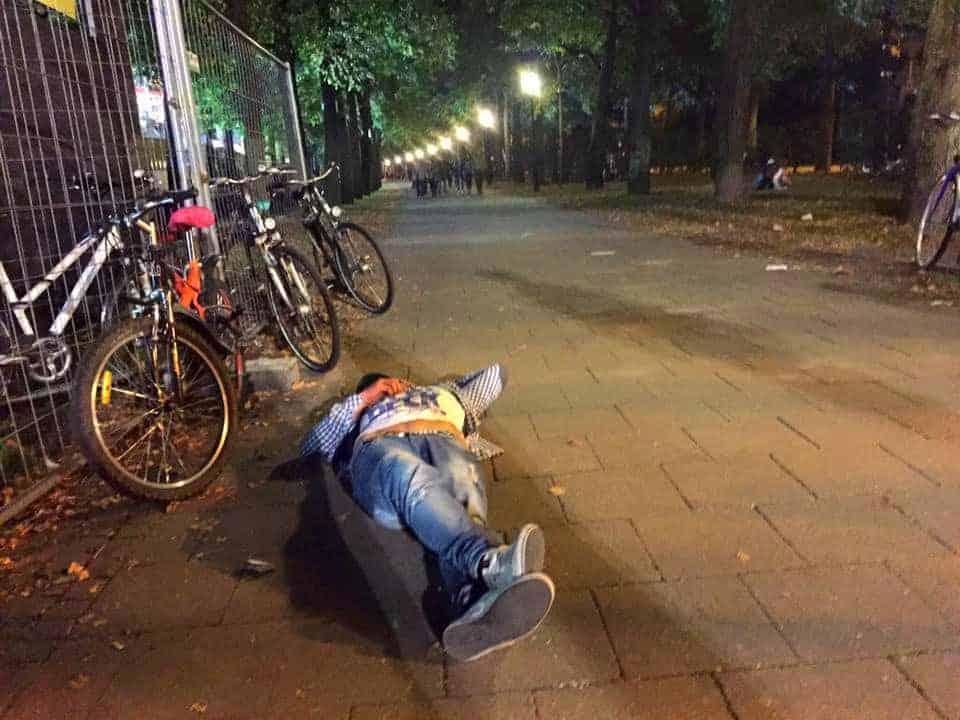 Always wanting to have different experiences and learn new things (and a good strong coffee), Clare currently lives in Kuala Lumpur, Malaysia working as a teacher. She loves living life to the full and completing new projects, whether it’s running a half marathon, hiking or visiting a new country.