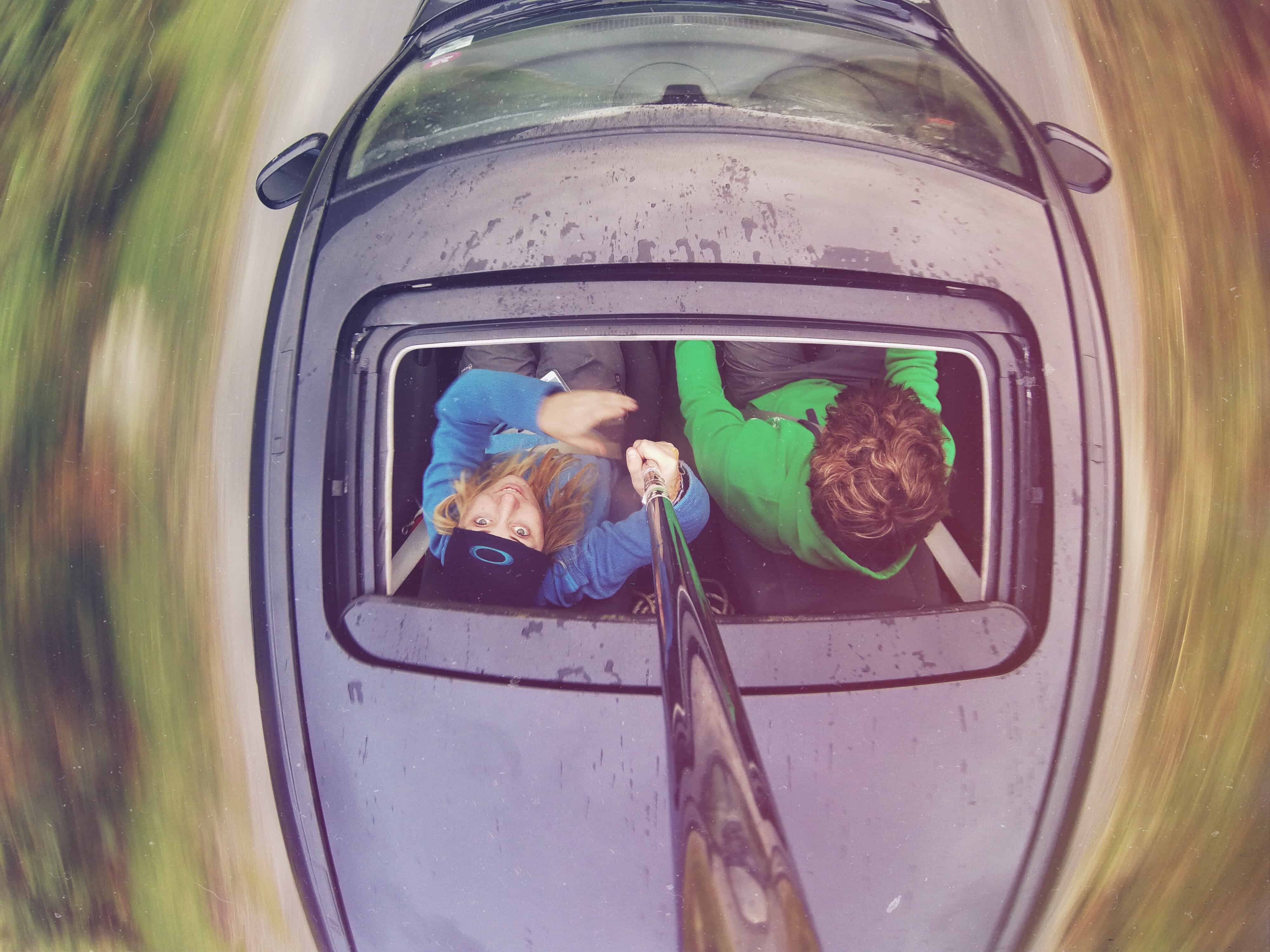 I have put together the top 5 cameras that come in under £600. Firstly, I would like to point out that I know £600 is pretty steep for starting out, but I have strong reasoning. A cheaper compact camera with one fixed lens and minimal settings will only get you so far with film making. With limited accessories, and limited ways to experiment. So in my list I have comprised by adding some DSLR cameras, and two others that I feel are great for starting out with. 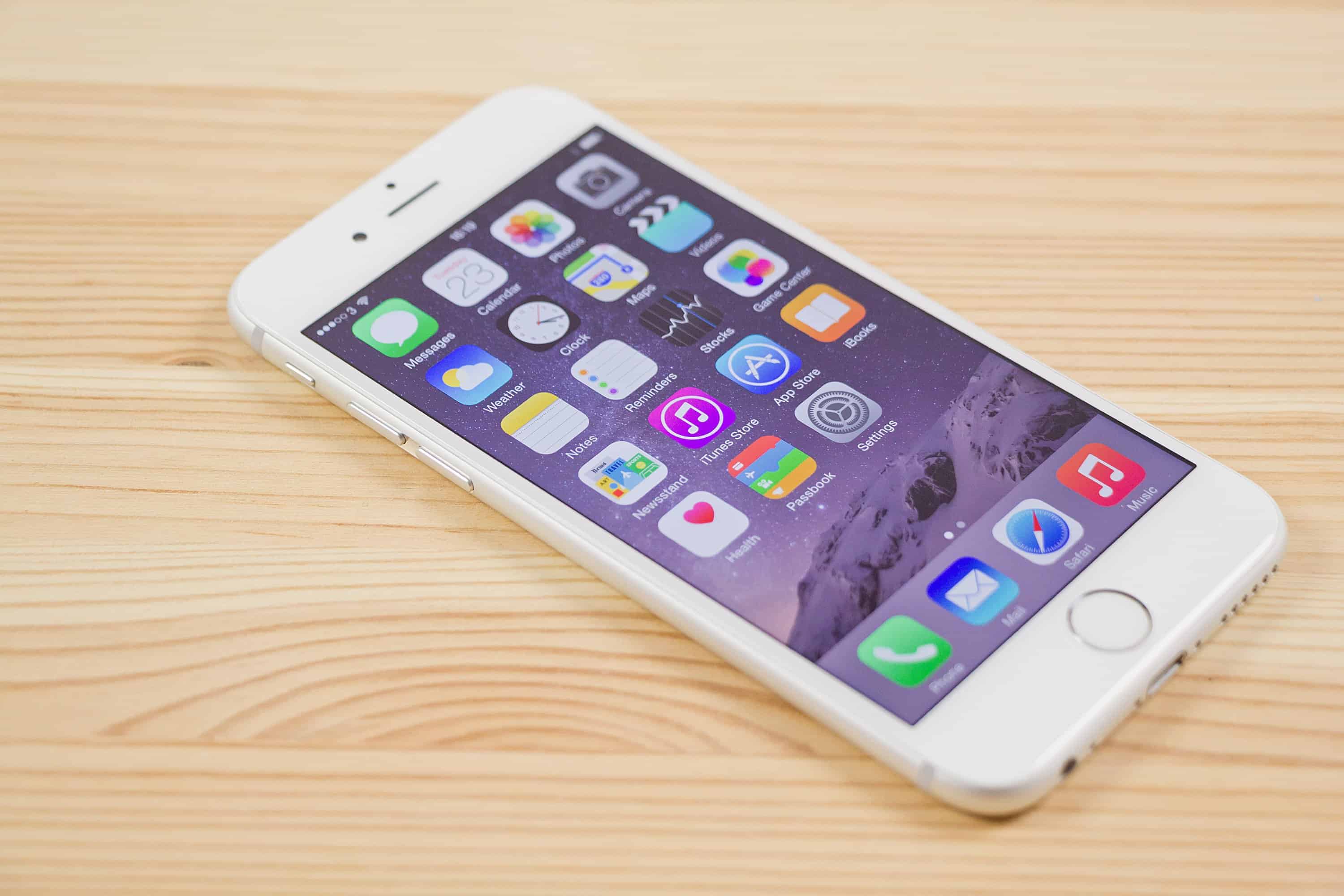 1. Your very own smartphone, FOR FREE!

YES! that’s right you already (probably) have a smartphone sitting in your pocket. Which is awesome, some smartphones these days are waterproof and film in 4K – now you can get funky with that combination!

If you just want to give film making a try your phone is a great way to start. iPhones have a time-lapse setting, amazing slow-mo footage and full HD video. Just make sure you film in landscape! All you have to do is download an editing app like iMovie and you’re off.

The slight downsides to using your phone to get you going it the battery life, this will not last long if you’re constantly filming and using different apps. Easily fixed by carrying a small portable charger and cable with you, but still a nightmare.

You also are slightly limited, no extra lenses (unless you purchase an olloclip type system) but apart from that it is pretty restricted, likewise for your settings, no playing around with your depth of field, follow focusing and even lighting.

Despite these your phone is a great way to get going, get creative get some small accessories and get out there and make your first film. 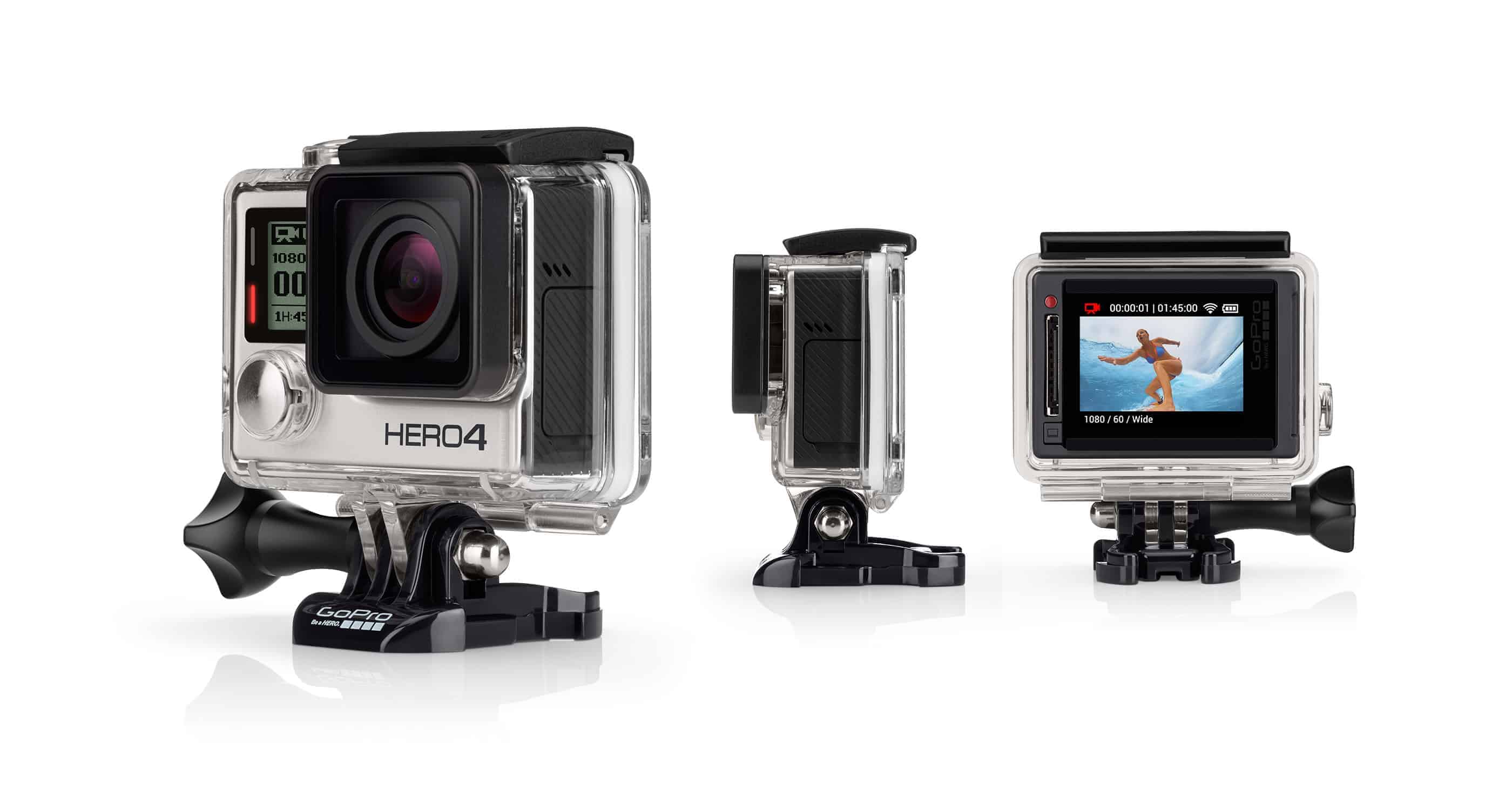 I think everyone in the outdoor community either owns a GoPro, or knows someone who owns one. These guys are the kings and queens of the adventure point of view camera. I’ve selected the Silver edition for 3 simple reasons: a) it has a display screen. b) you get a little bit more than the session. c) it is so simple!

There are endless ways to explore and create with a GoPro, and if you are serious about getting into film making I would strongly advise getting a GoPro and some top accessories.

You can film in crazy high definitions, have a time lapse mode that also works with night photography.

Accessories wise its easy to get a handheld gimbal for them to create super smooth footage as well as a microphone kit for higher quality sound. The opportunities are endless with the GoPro. I just love them.

After all my praise there are obviously a couple of downsides, like after a while it will become limiting as you can’t play with other lenses, or learn to be more knowledgeable behind the camera, no playing with the settings you get in a DSLR. However, it is a great camera and for any adventure film-maker, professional or amateur, this camera is a must have. 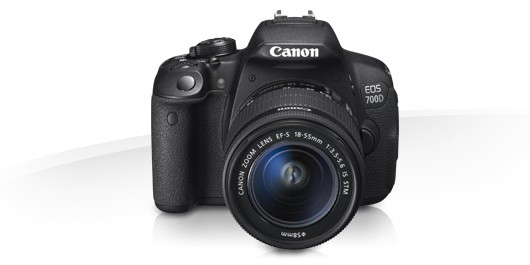 Now if you now photographers and film makers you might of heard of the rivalry between Canon users and Nikon users. I was once a canon user that converted to nikon purely because nikons are smaller and I have toddler hands. But I do think that Canon make quality cameras and for entry level they don’t scrimp. With a DLSR you get the options to learn and grow as a film maker, learning how the camera works and what works for you, collecting lenses and accessories as you go. The flip out screen is super useful! I know it may seem like a not-so-important-part but by god, it really does make all the differences to have a screen that flips out and you can move around to suit you.

The 700D films in full HD and so you’ve still got some high quality. You can explore with the settings, your depth of field, follow focusing and playing with different aperture.

Where this camera lacks is in the battery, it doesn’t last that long so you’ll be needing to carry some extras with you. We also don’t have environmental sealing, which means if you’re wanting to shoot in heavy rain, snow or the sea you probably won’t have a good time, and it might not last. The more expensive DSLR’s have sealing where it really helps for the outdoors.

It is also quite hearty compared to our Nikon version, so if you have toddler hands like me you might want to go hold one and see what you think.

My first video camera was the older version of this camera, the Nikon D3200. I loved it. It really pushed me and my film making. The battery life last for a bit longer than the Canon. But like I said about the Canon a DSLR is a step to learn about cameras, and really grasp the ideas about film making. There are tons of accessories you can get your hands on and explore with.

The Canon and the Nikon are so similar, just different sizes and weights, the Nikon smaller and lighter. One difference is on the Nikon there is no microphone port, which could be annoying if you want to get some detailed sound. However the Canon does.

Between the two it is so hard to say which is better, it would purely be up to you. You would have to get your hands on both and hold them to see which suits you better. It is just the idea of using a DSLR over a compact camera or a GoPro, the further you can explore and learn and grow as a film maker is far greater. 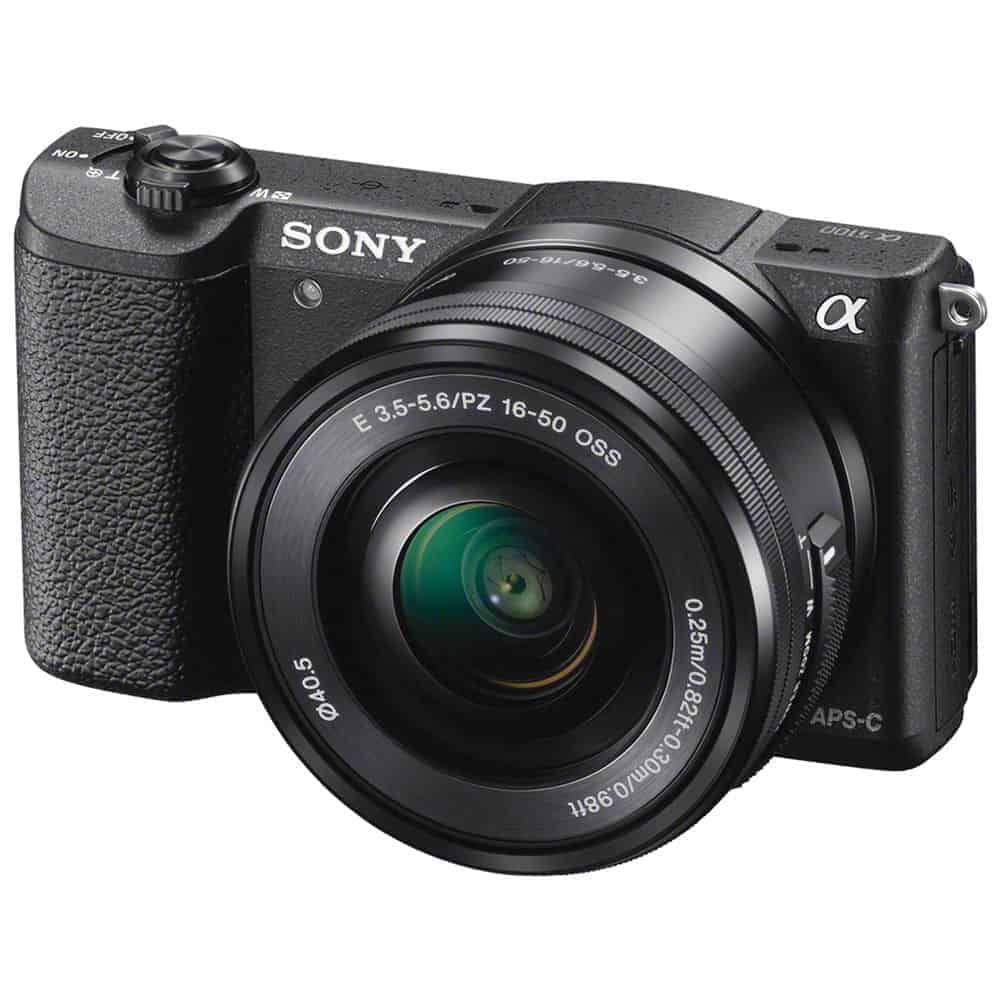 If I had the money to now switched all my kit to Sony I totally would. Their a7 series cameras are so beautiful. They are tiny (perfect for my small hands) and shout some high spec’s.

The A5100 is one of their entry levels, and I would recommend getting this one if you have already explored filming with a GoPro or/and your phone and are serious about creating media. It has a strong Battery life, a high ISO setting and a flip out screen. The camera is super sharp, as well as recording in full HD at up to 60fps so we can slow it down in editing to get sharp slow-mo footage. I think it would take a while to grow out of this camera, like the two DSLR’s I mentioned above. 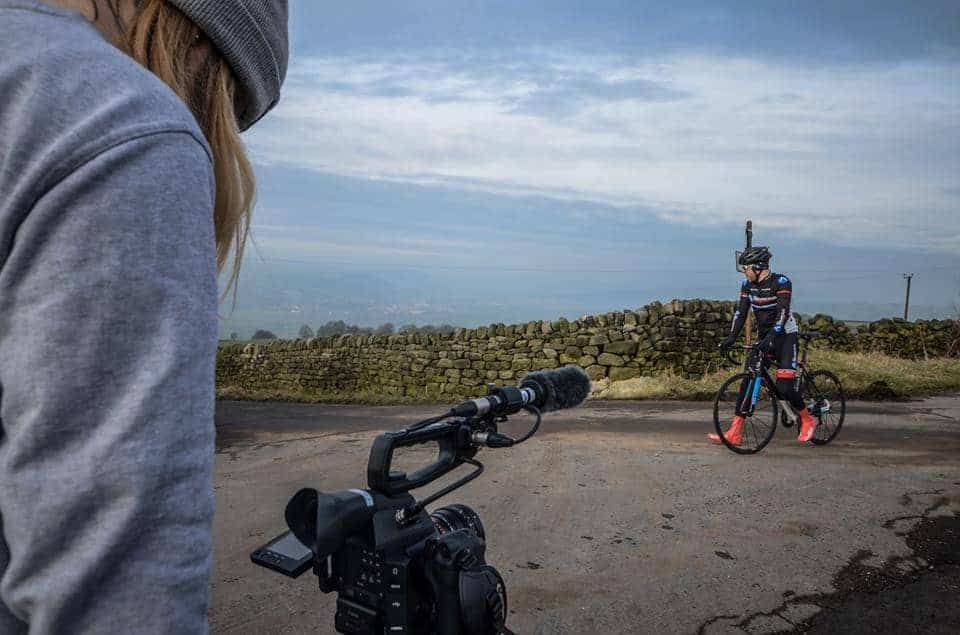 A large part of film making is experimenting and learning. Finding what works for you. So while I sit here and write about these cameras, at the end of the day you need to go out and see what works for you. If you want to create stunning visuals and show off your work then the Sony will not hold back, if you just want to get fancy and express with film the Canon, Nikon or GoPro will suit and if you just want to see if you’ll enjoy making films then get out your phone and go make a film!

Please share your films with us on social media (tag Love Her Wild and Silver Sloth Productions) and add #slothinainteasy and we’ll throw some feedback at you! Now get out there and create.

Suffering from a severe case of wanderlust, Emma loves nothing more than ploughing around on two wheels. With a camera stuck to her face and a notepad in her back pocket, she’s always ready for any adventure. Bring it.