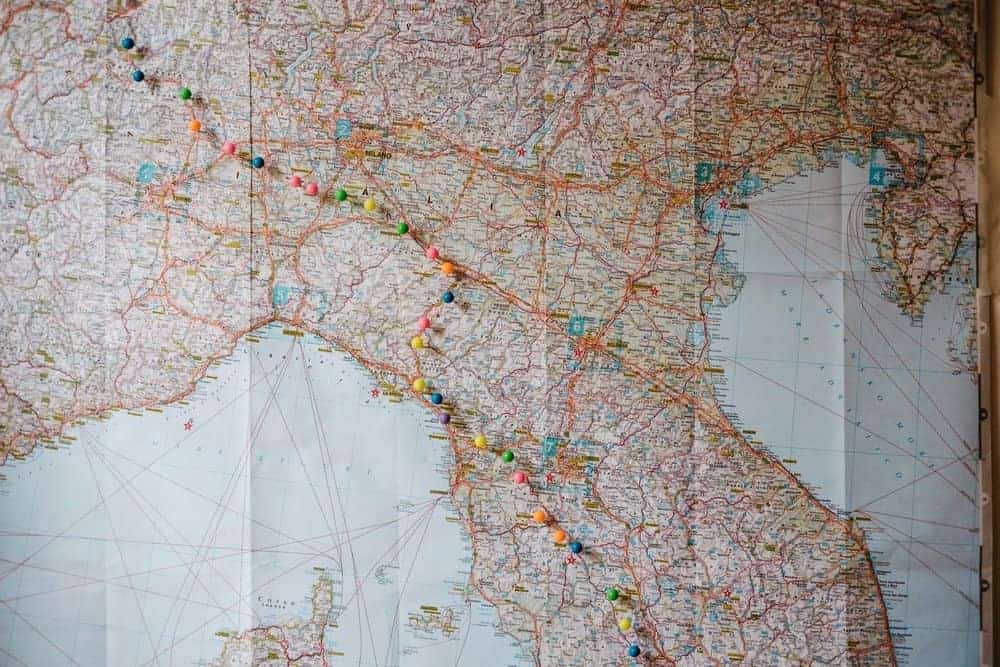 In 2016 Laura Maisey took on a huge journey running from Rome all the way to London….solo! To help others looking to take on their own challenge, Laura has put together the ‘Running Adventure Need to Know’ series, covering everything she wishes she’d known before leaving.

Money is probably one of the main factors preventing people from thinking they can go on adventures. There is both the perception that you need to quit your job to go away (a financially intimidating prospect) and the idea that adventuring costs a lot of money.

Depending on how long your trip is and what method of transport you are using, it can actually be very cheap indeed. Your biggest cost may well be just getting to and from your chosen start/finish points. For me, transportation to my adventure start point cost me £59 for a one way flight to Rome. I then ran my return trip to London so had no other major costs, apart from the boat from Calais to Dover, which cost €40. If you don’t already have a place in mind for an adventure and are looking to do it on a shoestring, consider somewhere close to home or less well-trodden, meaning there may be super cheap flights there. I’m sure I saw someone on Facebook recently saying they flew out to Romania for £9.

You also don’t definitely need to quit your job. My manager at the time was fine with me being away for three months. He let me take the remainder of my holiday pay and then I had the rest as unpaid leave.

Prior to leaving, you probably want to get a bit frugal and trim general costs down. I did this by running or cycling everywhere I needed to go, instead of using public transport. I was also very lucky with pre-adventure costs, as every time I asked for advice about gear, people often had a spare and lent it to me, which saved me a fortune. Put out feelers and see if any outdoorsy friends have extra gear and are happy lending it.

I took as much as I could when flying out to my adventure start point so I’d only need to get a few things that I couldn’t fly with (liquids, etc). I had couscous, pearl barley, mixed seeds and a few energy bars. Because of this, I knew that, so long as I could acquire boiling water, I could always eat. I was never in situations where my only option was to eat out (a major money drain, if done a lot).

When I was on the actual adventure, running saved me a packet (even other human-powered journeys can cost if e.g. cycling and need to buy a new part).

Also, because I was using an established pilgrimage route, I stayed in convents/monasteries/abbeys/churches that only asked for a donation or had a small fee of €10/15. This brought the cost down a lot. Going through Switzerland eradicated all of this good work by costing €50 per day for breathing. I joke, but it’s not that much of an exaggeration. I managed to nail a great situation in Switzerland by staying with a Swiss pilgrim I had met earlier in my journey and at a campsite that cost €22 per night, once they realised what I was doing, instead charged me €10. If you plan to wildcamp, that also bring costs down. As do things like coachsurfing.com, if you fancy getting to know the locals a bit better.

Be vocal about what you are doing and you will receive endless kindness and, occasionally, a bit of discount or a freebie. Never expect it but be open to the possibilities.

To go with the dried food I had taken out with me, I found I was spending about €7 every few days in supermarkets, buying fresh fruit and veg and usually something bready (especially in France where I practically lived off baguettes!).

Forward-planning any transport that will cost you, can be helpful in bringing costs down but can limit your freedom to travel as fast or slow as you want.

The thing that I most had to consider with money was my return to London at the end of my adventure, when I had mostly depleted my funds had to still do Life Things, like travel to work and pay rent. There is no easy get-out clause for this. I have to just be all-out poor for a bit but the thing that’s so great about adventuring is that it makes you realise how superfluous money is. So while I wait for my finances to repair, I just really don’t care about having ‘things.’ I can eat. I have a warm place to sleep. Everything else is extras.

And I would never exchange the poverty of now for my comfortable pre-adventure life.

If you want to go adventuring but money is holding you back, find a way to make it work and just bloody go and do it. You’ll muddle through fine.

As Dave Cornthwaite says, “Adventure makes us rich. And I don’t have any money!”