Interview with Emily Conrad-Pickles; Cycling from London to Cape Town 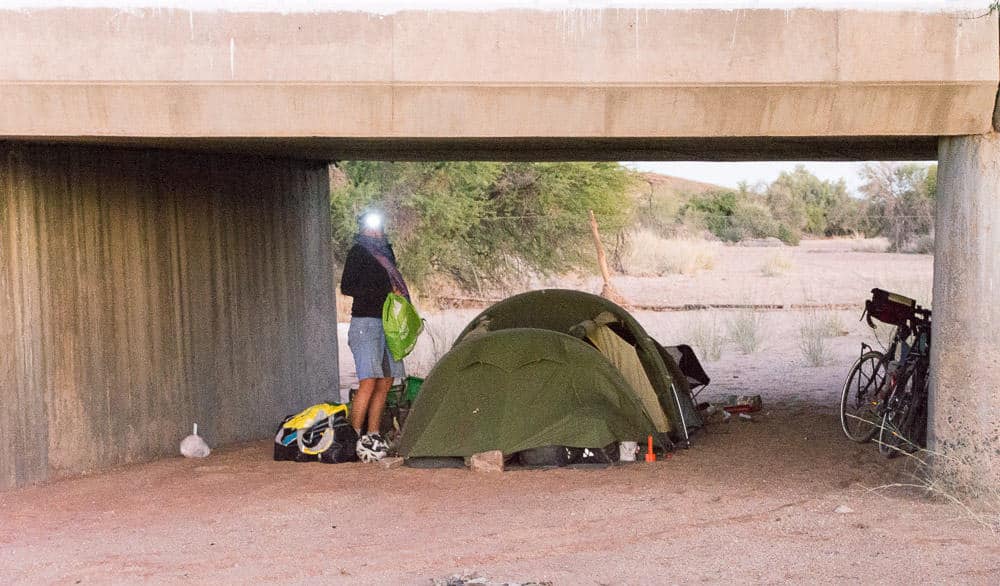 Fed up with her desk job, Emily Conrad-Pickles decided to head off on a memorable journey with her partner, cycling all the way from London to Cape Town. 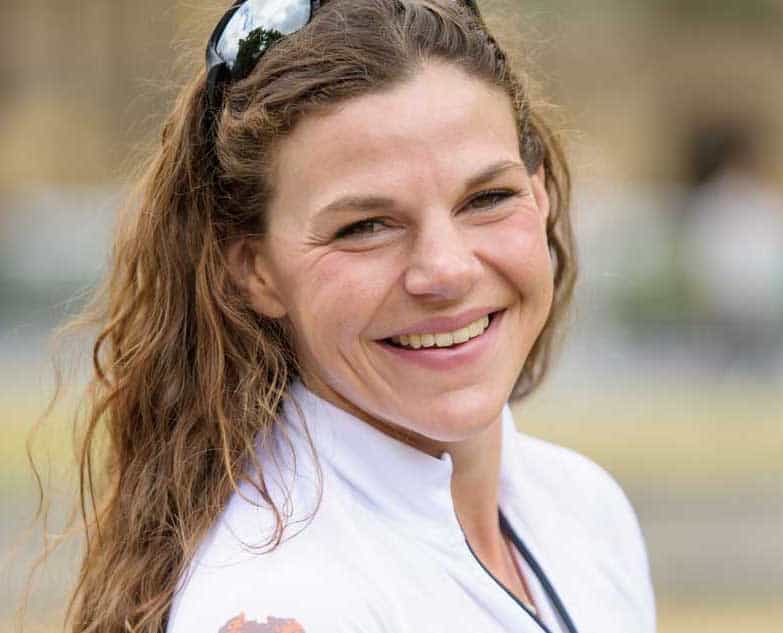 Name: Emily Conrad-Pickles
Home: London
Age: 33
Environment I like the most: I love the mountains, but also love to be near the sea, so I guess a mountain with a lake wins
Best place I have visited: Central Turkey
Favourite adventure: Cycling to Cape Town
Dream adventure: Having just been on a year long adventure, I’m keen on shorter adventures so right now anywhere remote and beautiful would suffice!
Can’t go on an adventure without? Decent sleeping bag suitable to the climate, made that mistake too many times now. We took great Vaude sleeping bags with us on this trip.

How did your London 2 Cape Town cycle expedition come about and what was your motivation?
I’d met a couple a few years before through work that were attempting something similar and I guess it just planted a seed in my head. I’d been working in the adventure industry for a few years as well so had been helping other people realise their own dreams and help them to tell their story so it was a case of well why not follow my own dream too! 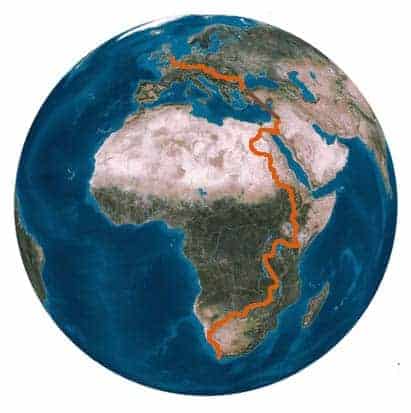 It wasn’t until I met James though that things really kicked into action. It was actually on our second date when he asked me if there was anything that I wanted to do in my life and I flippantly said that I had always wanted to cycle to Cape Town. I’ll be honest, we’d had quite a lot of wine and therefore I didn’t even know if he would remember but a few weeks later he said to me that he had not stopped thinking about it and about 6 months later we decided to start planning our adventure, together – to cycle from London to Cape Town!

Our motivation was simple – we had both been behind a desk for 10 years and really wanted to be able to do something different while seeing the world before it was too late to do so, so we took the brave decision to just put life on hold and go. 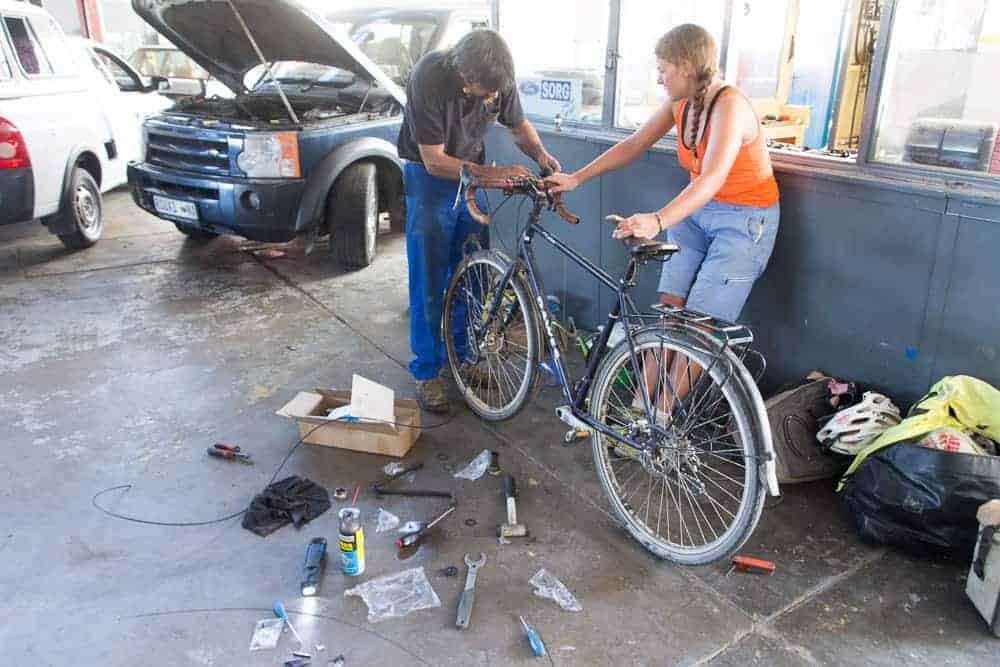 How did you make it happen?
It took a year to plan, and we did a lot of planning from the route to back up procedures etc. – we knew that we were crossing some interesting areas where we needed to be careful and as we were blogging and raising awareness for the charity World Bicycle Relief we had quite a large following – which has its pros, but there are also cons to that when you are travelling through politically volatile regions.

We supported ourselves financially while we were on the road however we worked incredibly hard to get sponsorship before we left to cover our kit and equipment. We made good proposals to brands and were lucky to have nearly all of our kit and equipment sponsored which obviously saved quite a lot of money. 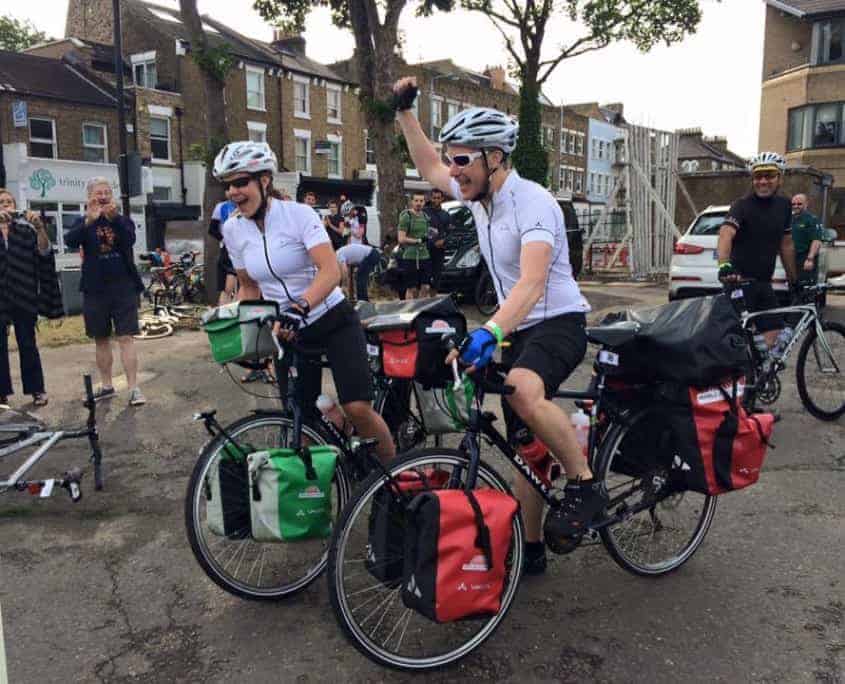 What did an average day look like for you on the adventure?
Pretty similar everywhere. Get up with or before the sun, pack down the tent, have breakfast, filter water (if needed), load up the bikes and ride! We’d stop 2/3 times a day for rest / food and water (more in some places where the going was really tough!) then an hour or two before sunset we would find water and start looking for somewhere to camp or a place to stay. Set up tent, wash, cook, look at the stars then sleep! 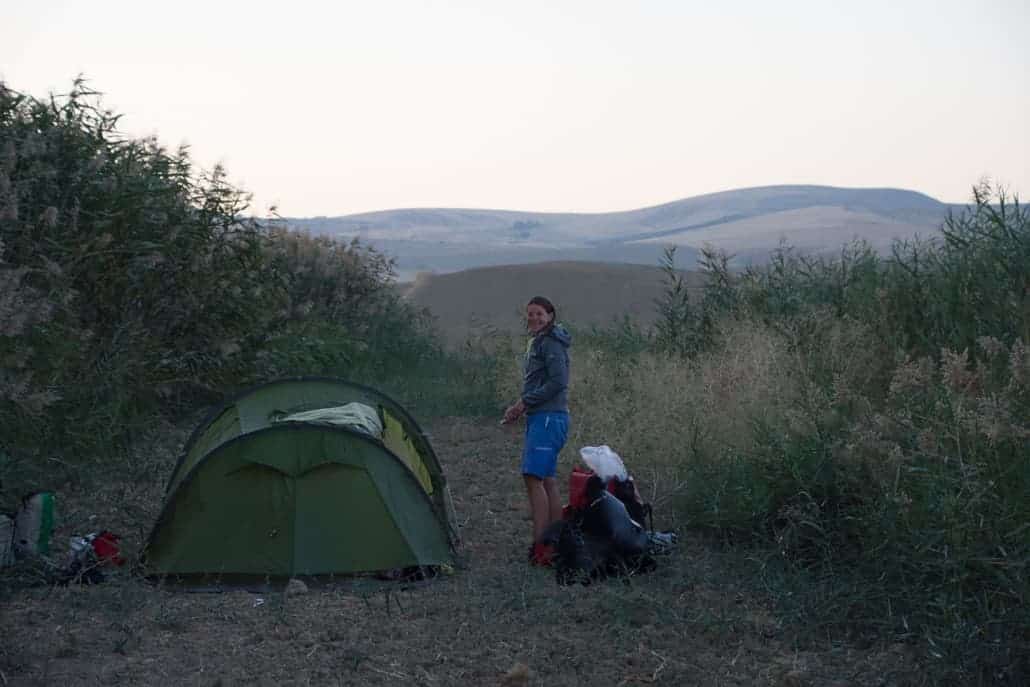 What were some of the biggest challenges you faced and how did you deal with these?
Safety is an obvious one. We knew the risky areas before we left and kept on top of the political situations in each country using the FCO alerts as well as having contacts in each country by simply asking people on the street. We had a GPS tracker with us which had an SOS button in case of emergency with a friend back home who knew what he needed to do in each country should he get the call, and we took a satellite phone with us. We skipped some regions (Syria, Sinai in Egypt) and even took an armed transit over the Marich Pass in Kenya due to the high risk of banditry there.

The other big challenge was the heat. I got incredibly ill a few times in the heat due to severe stomach problems and a clear inability to deal with the heat well. I sweat a lot and what I didn’t realise was that I was really struggling to balance my electrolytes which on a couple of occasions had made me so ill I could hardly even stand up, yet I had to cycle as we were stuck in a desert. Only when I ended up in hospital with heart palpitations did I find out that I had dangerously low potassium which was stopping all the muscles in my body from functioning (heart included) and I’m just so grateful that we listened to our medical training and got ourselves to safety before I had a heart attack. I think that health is definitely one of the biggest challenges on a expedition like this but one that is so easily over looked. 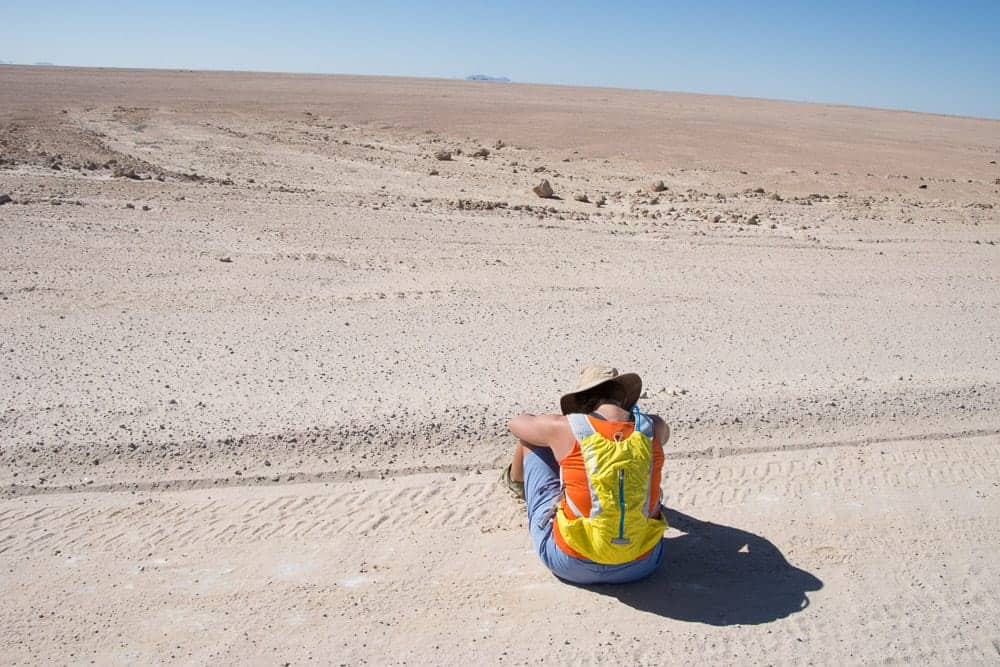 If you were to do the journey again, is there anything you would do differently?
We probably would not have rushed through Europe so fast – it’s an incredible place to cycle! Totally different to Asia/Africa but it’s beautiful and there is so much to see and do.

What advice would you give your 10 year old self?
I think that’s a bit young, I’d rather give advice to my 18-year-old self. I’d say: research every opportunity that is available to you in life. Find out what you think you are good at and what you enjoy and base your life decisions on your own knowledge and try not to be persuaded too much by others due to a lack of understanding.

The best decision I ever made at 18 was to travel and I spent 5 months in the jungles of Belize with a project called Trekforce. I met lifelong friends and it really gave me confidence and real sense of adventure. I just wish that I had realised how much more there is to do in the world and workplace than just going to the big smoke and getting a job that your parents think would be good for you. I’m not saying that it’s not a good idea, I just wish that I’d known more about the opportunities in this world, and had the confidence to be more daring with life choices!

What next?
Well we are getting married in March and I start a new job soon so that’s our main focus for now. After that, we’ll see! 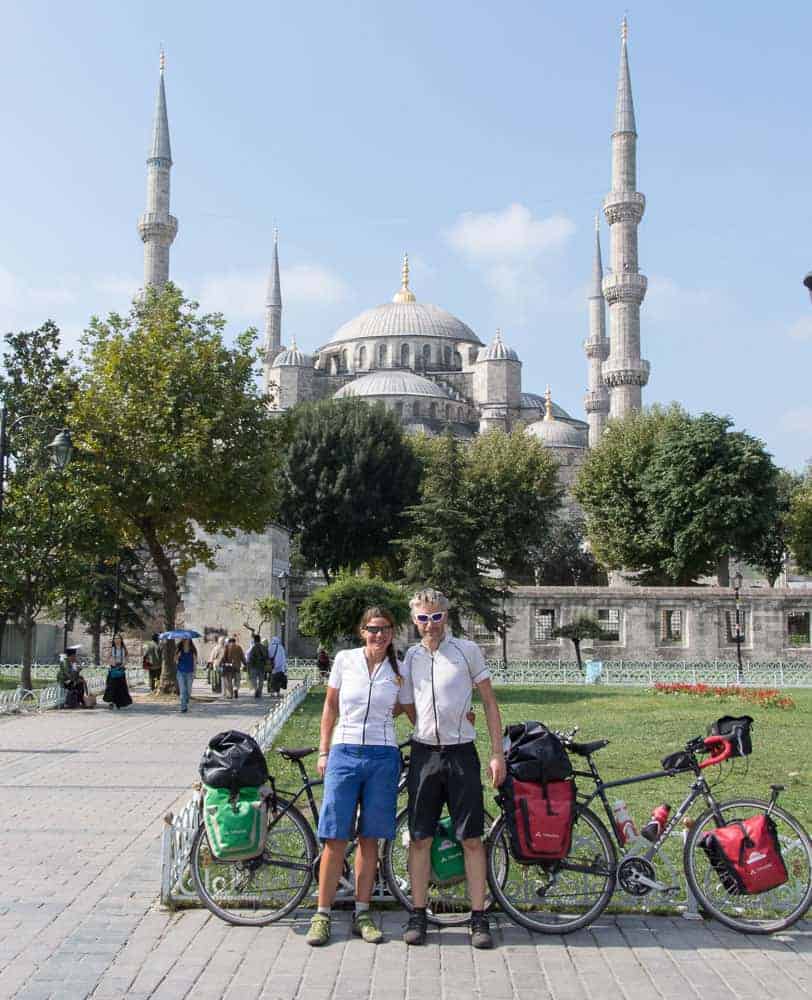