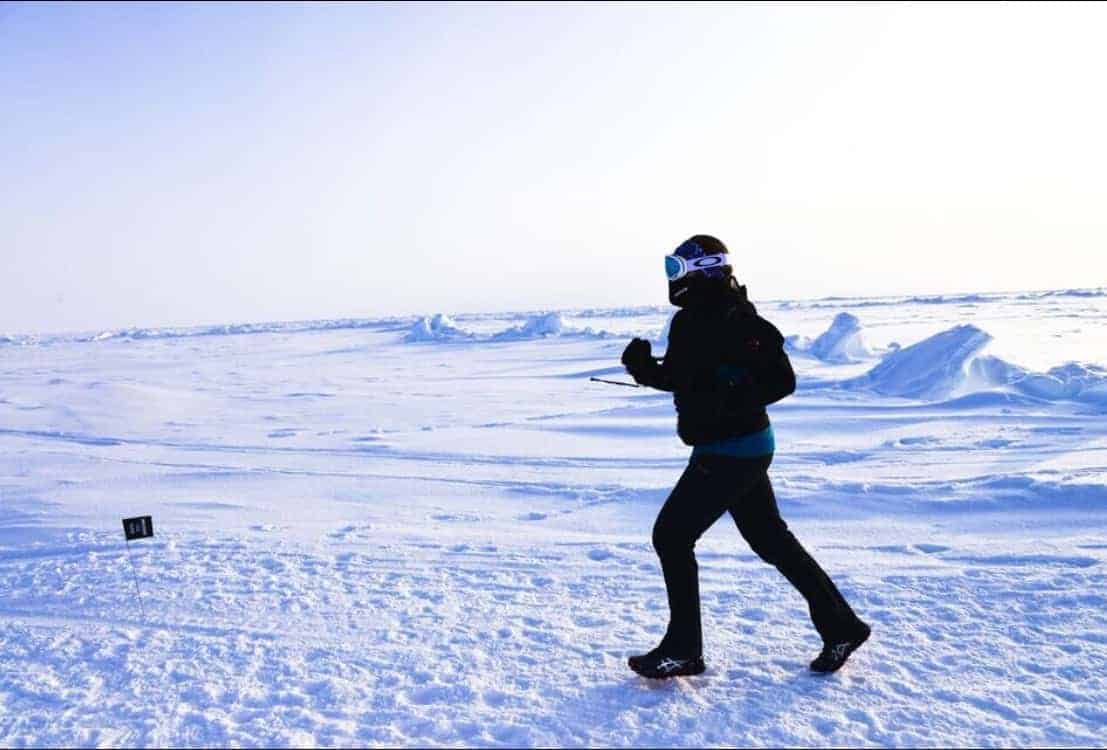 Love Her Wild caught up with Amy Ennis who in April 2016 ran the North Pole Marathon (NPM). Amy has always run for fitness and while traveling to get a feel for a place but only about a year and a half ago started long-distance running. When she’s not running or traveling, Amy works as an online personal trainer helping people improve their physical and mental well-being by making small each week from their Plan of Action (find out more here) 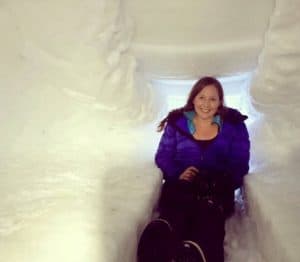 Name: Amy Ennis
Home: London
Age: 27
Environment I like the most: It’s between the polar regions and mountains
Best place I have visited: Antarctica, but very closely followed by Iguazu Falls, Yangshuo, Llanthony and the Annapurna region.
My favourite adventure: the North Pole Marathon
My dream adventure: To cycle down through Africa, I have just got a bike so I am one step closer to it!
Can’t go on an adventure without: Sarong and a camera

What was your motivation to run a marathon at the North Pole?
I have always wanted to go to the North Pole and then I found out about the NPM and it seemed like the perfect opportunity to tick off a lifetime goal and raise money for a local charity.

Have you ever done anything like this before?
Not really, I have been to Antarctica but that wasn’t to run a marathon. Once I decided to run the NPM I signed up to my first marathon which was the San Fransisco Marathon. 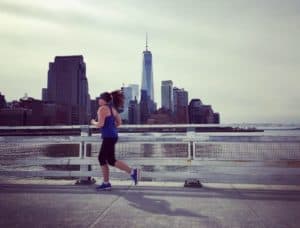 How did you make it happen?
I chose the NPM because I could do it within my holiday allowance at work. As races go it is not cheap, however as North Pole expeditions go it is the cheapest by a long way so I decided it was worth it and paid for it myself.

What was the hardest moment of the North Pole Marathon?
The obvious answer would be running a marathon in -36 degree celsius on snow which was incredibly tough however the other challenging thing was the delays. We were stranded in Longyearbyen for 5 days (an amazing place to be stranded!) not knowing when we would be flying up to Barneo Camp (a floating camp on the Arctic ice near the North Pole) as the flight kept getting pushed back by 12 hours, 24 hours, 3 hours, as one point they said it would be another 7 days so I booked my flight for the following morning and I had packed up and was just about to leave for the airport when suddenly they announced we were flying out that evening! 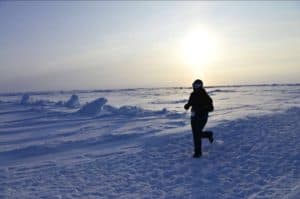 What surprised you about the North Pole Marathon?
I hadn’t thought about the social side of the trip, I met some amazing people who had done even more amazing things.

Do you think you faced any additional challenges being a female?
This year there were a record number of female runners which is amazing! Barneo Camp was quite a male dominated environment, when we arrived there were two toilets, one which was meant to be for staff and females (a tarp hut with a makeshift toilet seat) and a male toilet which was a squat toilet and half an igloo shielding you from the camp/wind. The female toilet was kept locked which was frustrating to have to ask to go to the toilet and a couple of the staff thought it was hilarious to make us use the male toilet, I think they were surprised when I just got on with it (it was the best view I have ever had while going to the toilet- looking out over the Arctic ice sheet!) and when I came out they were trying to high five me which was funny at the time but I think it shows how attitudes still need to change somewhat.

What would your advice be to your 10 year old self?
I know it is cliche but don’t listen to what other people say, decide on what you want to do, figure out how to make it happen and then do it!

Do you have a plan of what you will do next?
I am in the process of deciding this! In the short term I have booked a few races including my first duathlon and I am making this my summer of microadventures. I have my second one next weekend and still need to decide where to go, any suggestions welcome!