Knowing When to Give Up When It All Goes Wrong 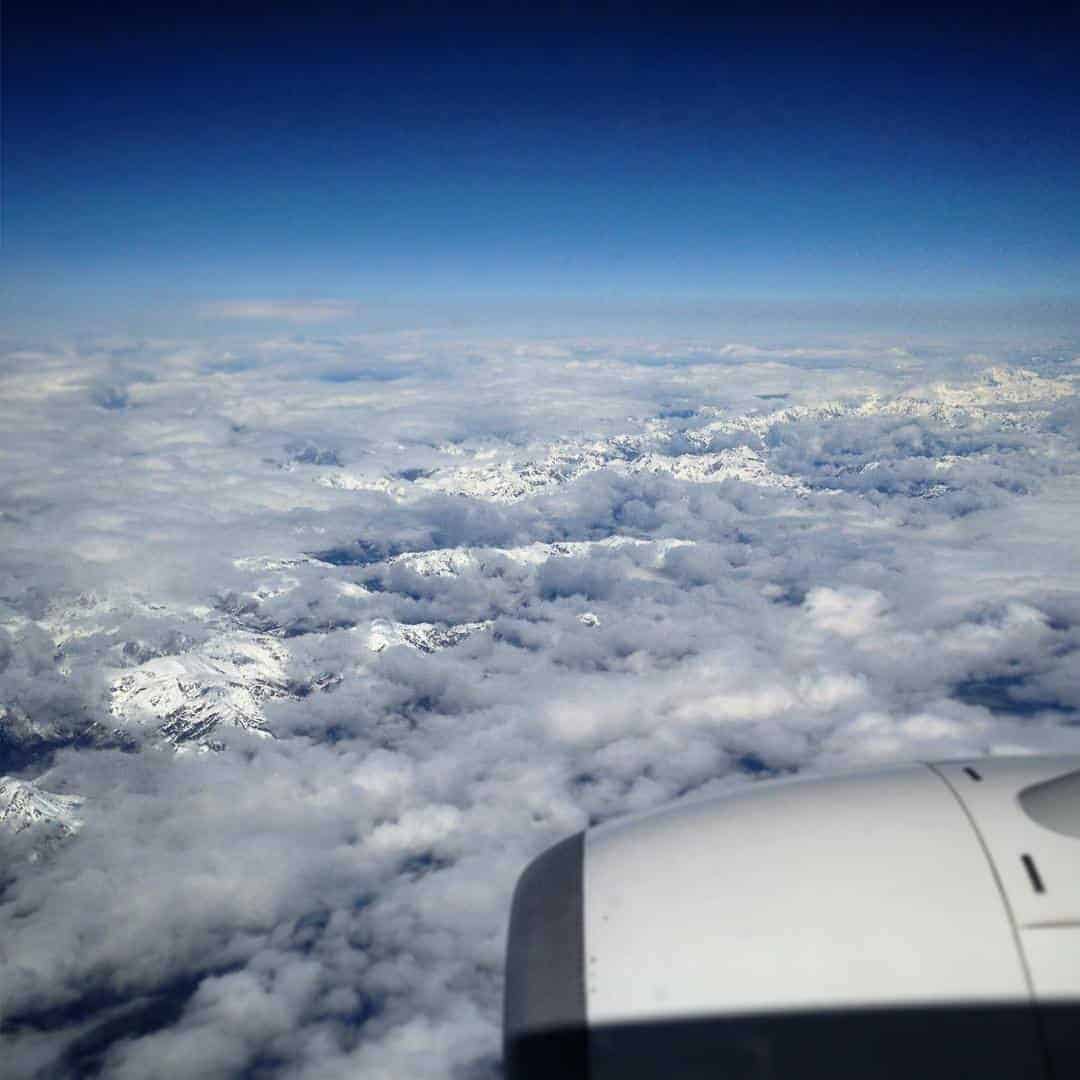 Its a timely reminder that exploring the outdoors is dangerous. By pursuing our love of the great outdoors we accept that the many benefits we experience come hand in hand with risk.

What would happen if…..

One question I often ask myself, both at work and on personal missions is ‘what would happen if….?’ If I broke my leg here what would I do? Could I reach shelter? Would I require help? What would I do?

I find it a useful mindset, both to monitor my capability (checking I’m not massively in over my head) and also to best prepare myself for any emergency.

A few weeks ago I had my first experience of using this mindset in anger.

Having recently completed my basic guide training, I finally had a set 2-day weekend. After the pressure of assessments, I was craving a night in the mountains. Studying the maps, we spotted a likely target in Mt Durward, seldom climbed but accessible enough to manage in 2 bigs days.

It quickly became apparent by the state of the track (non-existent bar a few pink markers and cut vines) how little this valley was explored. Realising that it was taking us longer than expected we altered our plans accordingly, deciding that we would summit Mt Durward for dawn the following morning rather than that afternoon. Good checkpoint. We were being sensible enough to realise and accept that our plans needed altering.

When it all went wrong

It was as we were crossing a stream. I stepped on a slick rock and I fell, smashing my left knee and dousing myself in the icy stream. Quick as a flash Michael heaved me up getting me out of the water before I could get too wet and cold. 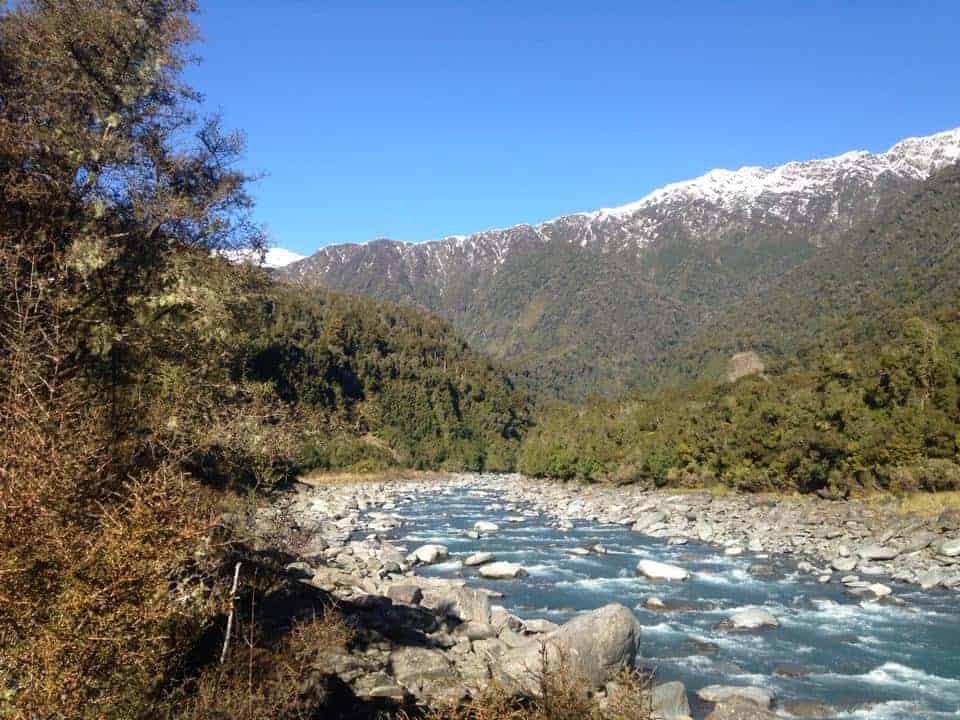 I was in shock and pain. We took a break so I could recover. Warm clothes, chocolate and water.

Deep down I immediately knew that our weekend plans had changed. It was now highly unlikely that we would summit when you consider my injury on top of an already slower than expected pace. However it wasn’t definite and I still hoped to be able to reach the hut, where we could re-assess the situation.

Moving on I found that putting weight on my knee when bent was extremely painful. I hoped that it would ease so we continued on a little way. An hour and a few breaks later we conceded we wouldn’t reach the hut, it being a 1000m height gain away. Instead we decided to aim for a closer hut, reasoning it was further back out to the road than in to this hut and with rest I might be ok to walk out tomorrow.

10 minutes later this revised plan went out the window as well. With no path the route required bush-bashing up 100m on very rough ground. I couldn’t cope. If it had been flat it would have been a different story. But it wasn’t. I felt terrible. Ashamed, embarrassed and full of regret for spoiling Michaels weekend away, not to mention my own. There was also in the back of my mind the question of being fit for work in a few days time.

With a heavy heart and much pausing to look back, we turned around. As we had left so early we had plenty of time to get back. I didn’t realised it at the time – being so focused on placing my feet carefully to avoid jolting me knee – that the 2 1/2 hour walk in took over 5 hours to walk out. Michael thankfully didn’t draw my attention to it but kept my spirits up. Re-crossing streams, scrambling up banks and forging routes through the bush, we carried on.

Nearing the end we were able to use a farm track and there I found that I could carry on at a reasonable pace. Back at the car I was exhausted.

A trip to the hospital

The next day saw us at Greymouth hospital and the final prognosis of a fractured knee cap – something neither of us had considered was even a possibility! It was worse than I’d expected but thankfully didn’t involve tendons, muscle or surgery, which would have had far longer reaching consequences. A potential 12 week recovery time and not being able to work at all for the first month (the trouble of a practical job), I decided to visit the UK for a much needed catch up with friends and family. Every cloud has a silver lining, aye. 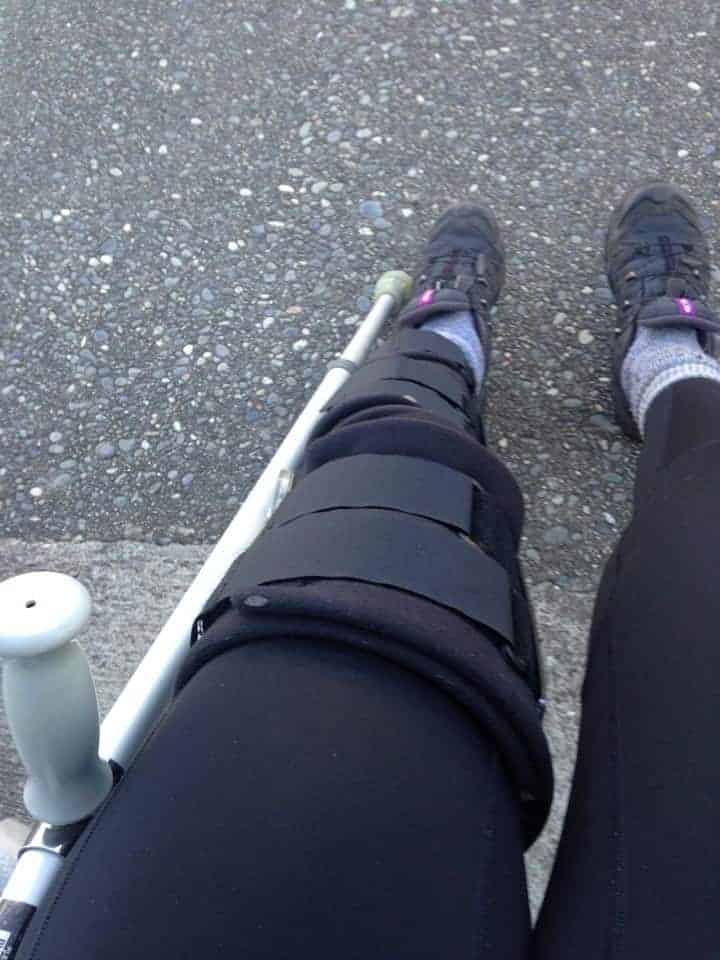 A boost in confidence

Looking back, I’m happy with how we handled the situation. I’m glad that we initially carried on as there was every chance that it wasn’t too bad and would improve. We gradually altered our plans, taking time to see how it would work out. It’s one of the hardest things I find, making the decision to turn back. It’s so tempting to push on, saying ‘just a little further, I’m almost there’, etc, but it’s such an important element. We make decisions based on the facts we have at the time, doing our best to gain more information if needed, and in the end, it’s getting home safe that’s most important.

Yes, I was bitterly disappointed. But after pressing on for a short while, it became clear that the uphill was too much. By turning back I was saved from injuring myself further which could have had far more serious consequences than having to take a few weeks off work.

Having Michael there definitely made things easier. However, it’s reassuring to know that had I been on my own, I could have coped. It’s a confidence boost, both for Michael and myself, and I already can’t wait to get back out there….although I’ll be treading especially carefully over streams in future!

Following traveling and a year in Canada, Ellie felt that life in the UK wasn’t for her. After uni she headed for NZ on a working holiday visa and hasn’t looked back. She is currently training as a glacier guide and has no plans other than bouncing around the world chasing mountains.