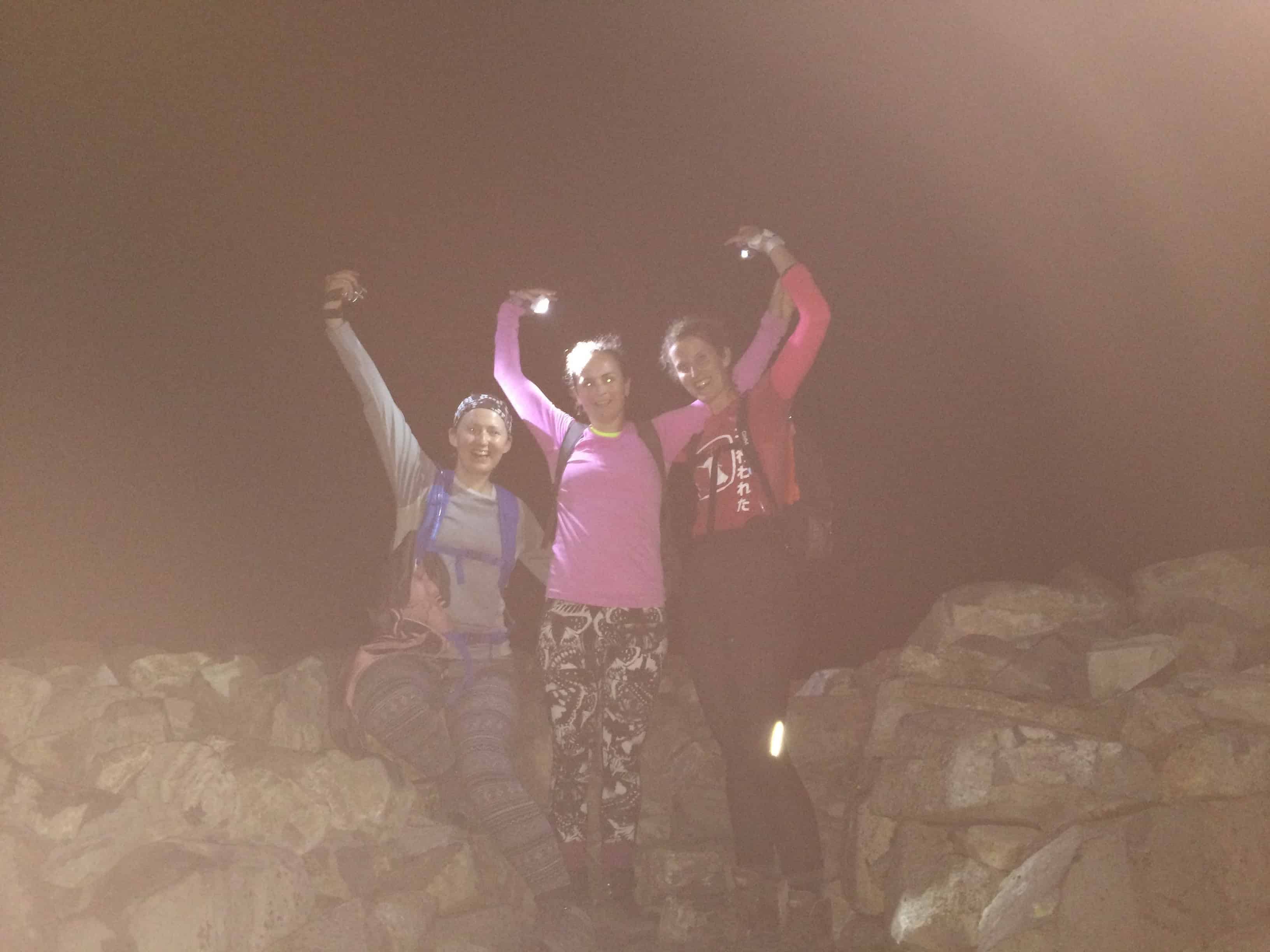 Got the right food, the right clothes? How’s the weather? Everything with the car hire ok? How are my knees? Have I slept enough? Of all these things running through my head before setting off for our adventure – wanting to get going trumped them all.

I fancied The Three Peaks as a Birthday challenge. I scoped it out – minimally. I just knew that I love being outdoors and trying new things. A double blue tick on whatsapp amongst 5 friends later and our minds were set. Agreeing something 6 months prior is an invitation for the unpredictable. Come the time of the event, we were down to 3, our driver didn’t have a license for the hire car, and we were mildly terrified. Elation and exhaustion, apprehension and inspired were just a few of the feelings that were to be felt in the next 24 hours. 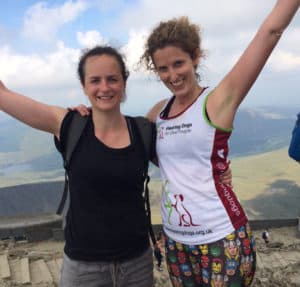 Step 1: The sleeper train to Glasgow

The boarding school ma’am style ‘host’ on board the Caledonian Sleeper did not like the size of our rucksacks and bossed us into our tiny cabins once on board until we knew the ropes. We slept – very lightly – until arrival in Glasgow where we picked up the hire car. Some heavy-duty charm was rustled up to account for the lack of photo license but it worked. After a shaky start stalling an unfamiliar automatic Citreon 3 metres away from AVIS, and moments before a police car passed by (who rolled down their windows inquiring what we were up to) we got on our way. Excitement and chatter saw us happily arrive 2 hours later at the foot of Ben Nevis. Revved up and ready as we were ever going to be; stopwatch started – we set off.

I won’t name names, but half an hour in, Rachael was not that far from tears. A tough but enjoyable hike with beautiful scenery for anyone not up against a 24 hour target. This one was, for us, the hardest and in hindsight we were glad to have it out of the way first. Having read it was an 8.5mile round trip, my motivational exclamation “only 15 minutes to go guys!” was not appreciated when the peak was not at our feet by this time. It’s actually 9.6 miles. While we still had the hurdle of a ‘false peak’ to overcome (a new phrase picked up on the mountain) we eventually made it to our first summit! A quick photo at the top with little time to enjoy it – we headed straight back down. The terrain is tricky because it’s rocky and slippery. Rain came in at the end making us have to strike more of a totter than a hike, but 5 hours 20 minutes after setting off, we were reunited with our driver and my bro-in-law, Tim: go go go! 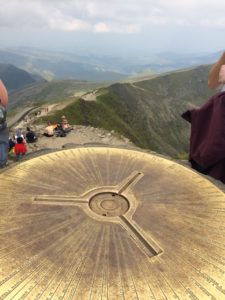 In my imaginings of this challenge it was the night hike, which we started at 11pm, that I felt would be the toughest. Whether it was the excitement of doing the atypical, the knowledge that the sooner I’m up the sooner I’m down, or having a guide – this for me, was the easiest. Our night was brightened by a voluptuous moon, which allowed a rare view of the silhouettes of the surrounding mountains standing starkly against the sky.

Our guide, worth every penny at £150 from Mountain Journeys navigated, encouraged and motivated us until the unexpected arrival at the summit: “you’re here”, Mark said. Without a guide, I doubt I’d have the same story of ease and comfort trekking in the middle of the night so it’s something I’d certainly recommend. We made it back to the base at 3a.m to wake up our sleeping drivers.

This one is supposedly the easiest. Which it may be if you’re having a weekend break in this beautiful part of the UK and climbing the one mountain is part of the itinerary. On limited sleep, with 2 mountains under your belt already – easy is not how I’d describe our final hurdle. Elation from making it here and being joined by some of my family as a support group at the base carried me for about 50 feet. After that, every other step became a struggle just before every step did. We took the shortest but steepest trail up. While I was aware the views were absolutely stunning especially as it was a clear sunny day, by this time I just wanted it over.

The high of reaching Snowdon’s summit came with a dose of restraint since we were really close to achieving the 24 hour target. We took only a short moment to feel our sense of achievement before, for one last time turning right back around for the descent. The blisters decorating my feet by now meant I couldn’t fathom a scramble down the steep Pyg track so we took the gentler but longer trail to the finish line. It was here that the little adrenaline I had left to get me to that summit finally depleted and as I hiked, each part of my body became heavier and heavier from my legs to my eyelids. When we reached the bottom – 20 minutes over the 24 hours – relief saw us give a heavy punch in the air before exhaustion saw us slump on a nearby bench. 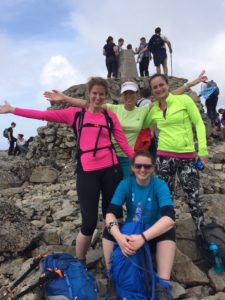 Since the physical challenge left me part zombie and with slurred speech, the celebratory mood was delayed until the next day after we had got ourselves home and had a nights rest. Despite not being able to walk down stairs easily for the next few days – I could certainly walk with my head held high. It feels a huge achievement to have completed the Three Peaks challenge, and I’m now on the look out for the next adventure.

Alice is a firm believer in there being no such thing as bad weather, just the wrong clothes, and loves getting outdoors in all of the elements. She is in her own element when combining adventure with travel, food and words. Having lived in 4 different continents so far, she seeks out the numinous beauty in life.