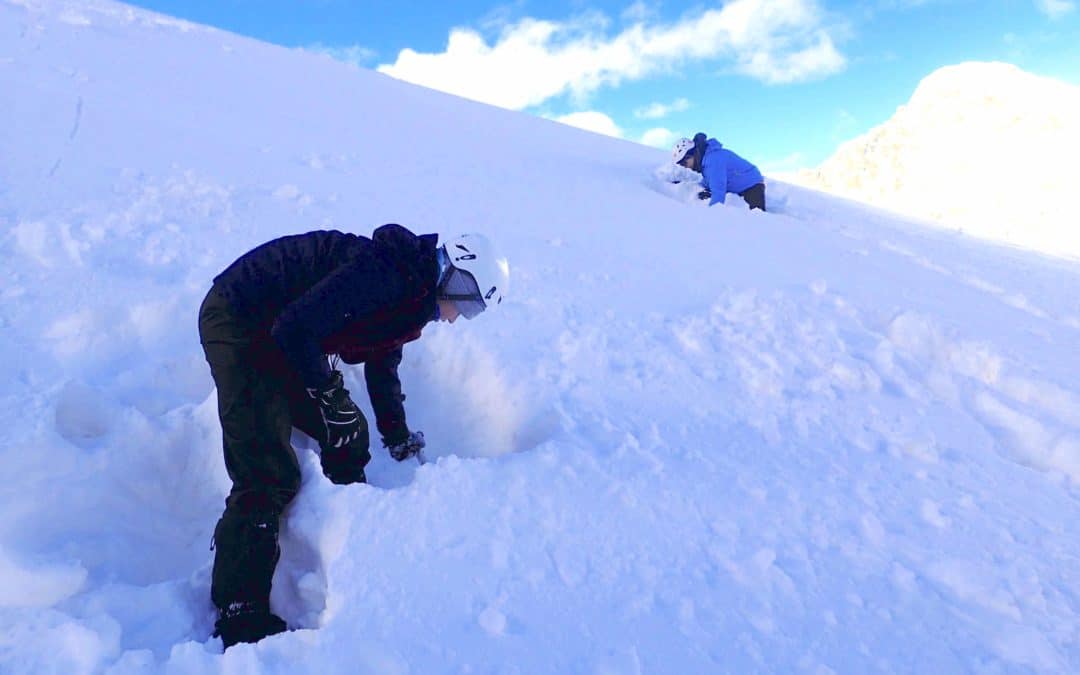 Another Facebook group about the outdoors, fuelling wanderlust, unnecessary gear envy (700 fill power down jacket just to bounce round Liverpool in, anyone?), and something you’ll scroll past quickly to avoid spending more money…

Love Her Wild has turned out to be a bit different for most members, especially the nine of us who signed up to the Winter Expedition Skills week in the Pyrenees, in minus temperatures, learning how to battle mountains in winter. Much like the Facebook group, the girl group that met for the first time in Toulouse airport a week ago was a haven of supportive, non-judgemental women, all helping each other reach our very varied (and a touch insane) goals. 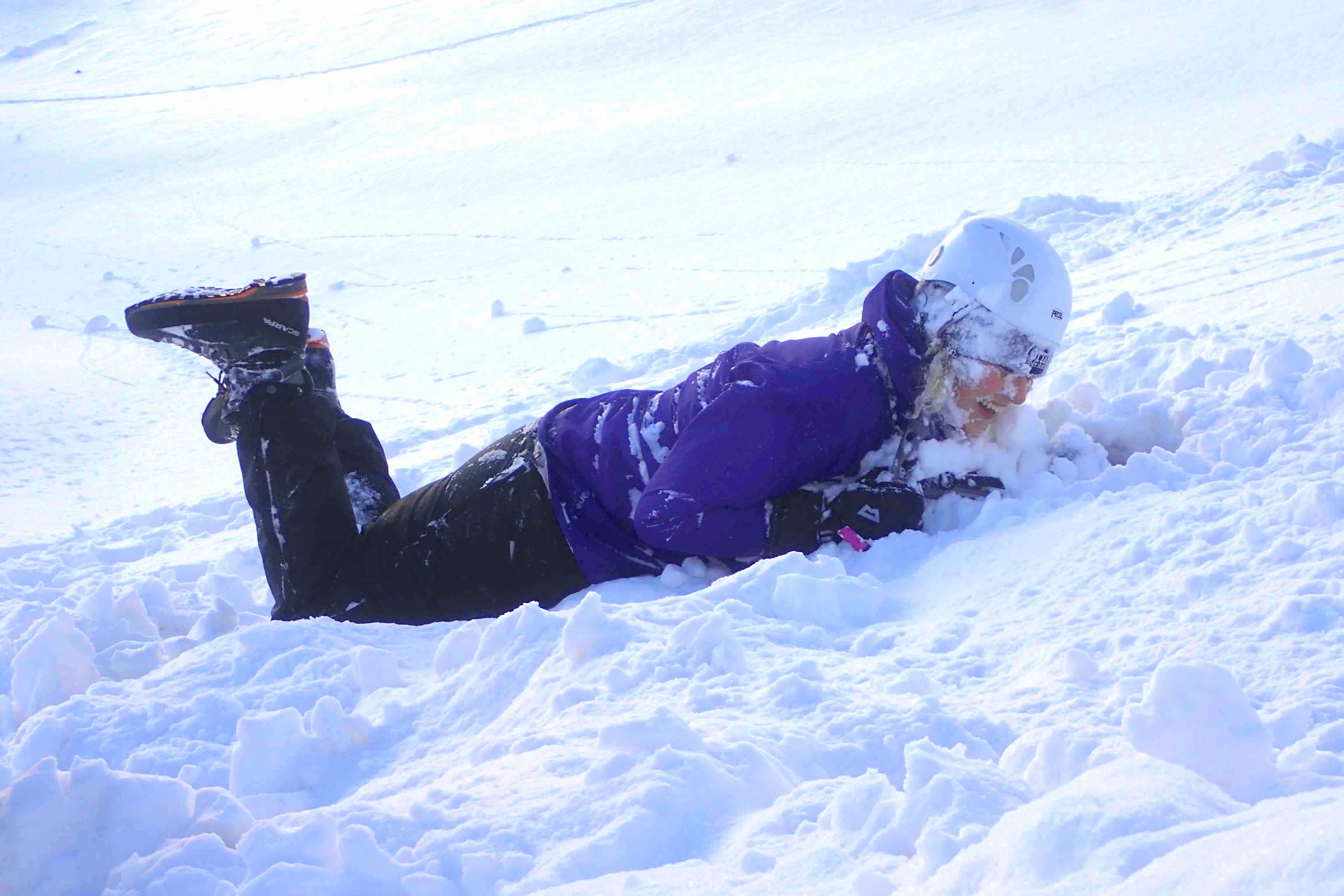 Winter mountaineering courses aren’t uncommon, many companies run them in the UK wherever snow shows an appearance for a few months of the year, and it’s always been recommended to go on one to build up confidence and skills before heading out. However, as we repeated a fair few times during the week, why go to Scotland if you can go to the Pyrenees?!

What I didn’t realise at the time of booking was the amount of careful selection and organisation Bex had put into selecting the trip to make it as accessible and fitting for the group as possible. Personally, I’ve been an explorer of British mountains all my life, but only have a few days experience with proper wintery conditions, not ever getting into situations where crampons, ice axes and especially not snow shoes would be required! 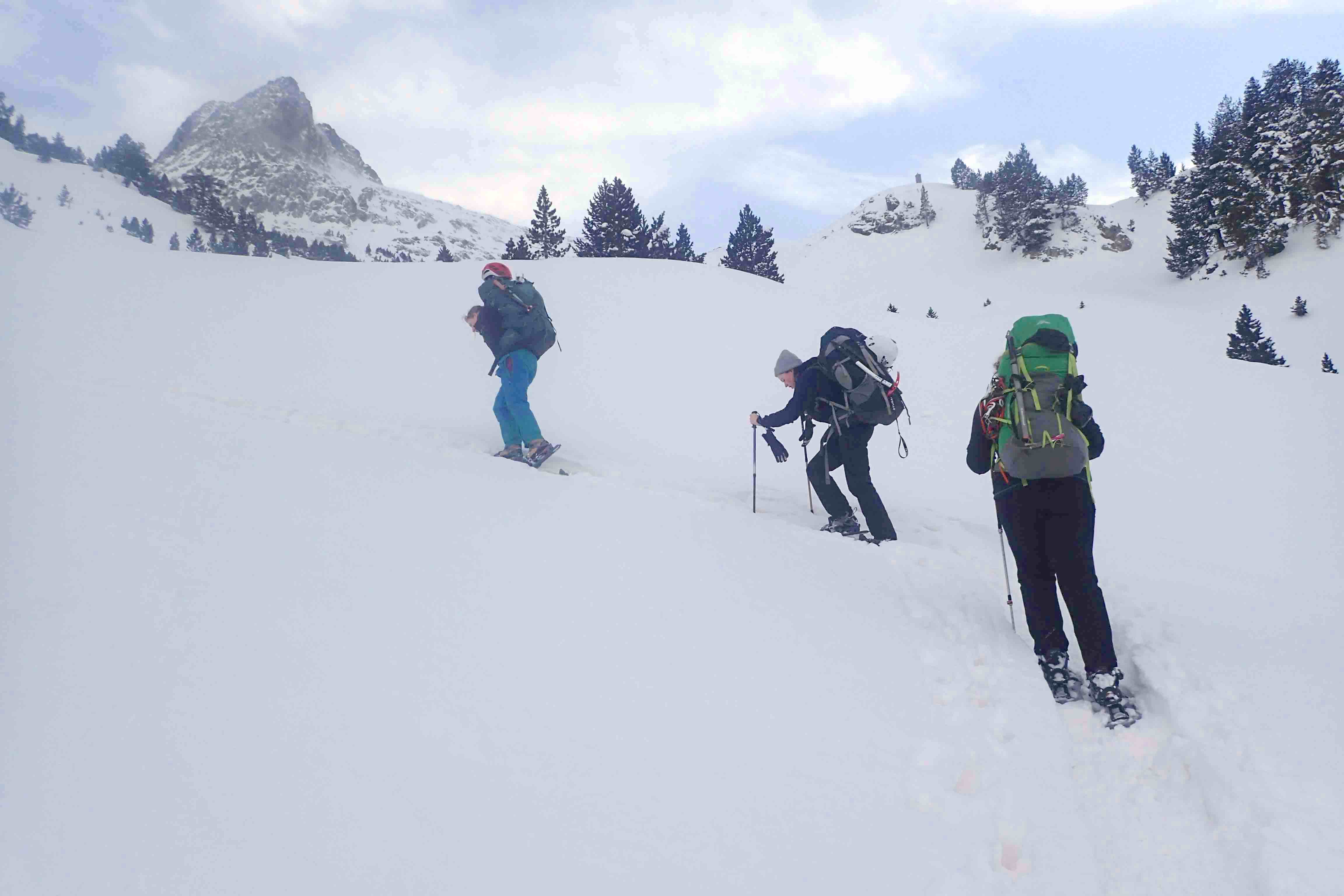 360 Expeditions, the organisation who ran the trip through two experienced, knowledgeable and hilarious guides, Jo & Rolfe, eased us in to the week gently. A day in 360’s gorgeous French chalet gave us time to get to know each other and get rid of half the actually unnecessary things we’d brought (you won’t use shampoo or conditioner when stripping naked for a cold water shower!) and then we drove to Spain, where a 3 hour walk in snowshoes (& many trips due to these new awkward contraptions attached to boots) led us to our refuge hut for the week, La Renclusa. 2140m high, the hut is already 795m higher than Ben Nevis and was covered in snow.

Over the week we were led through ice axe arrests, using crampons effectively, Jumar-ing (ascending a rope with a prusik-like device), abseiling & making safe abseil anchors, anchoring to make sturdy body belays in different types of snow, rock climbing in boots, ice climbing basics, crevasse rescues, safe glacier traversing and how to build safe, warm snowholes that will protect you from the elements. 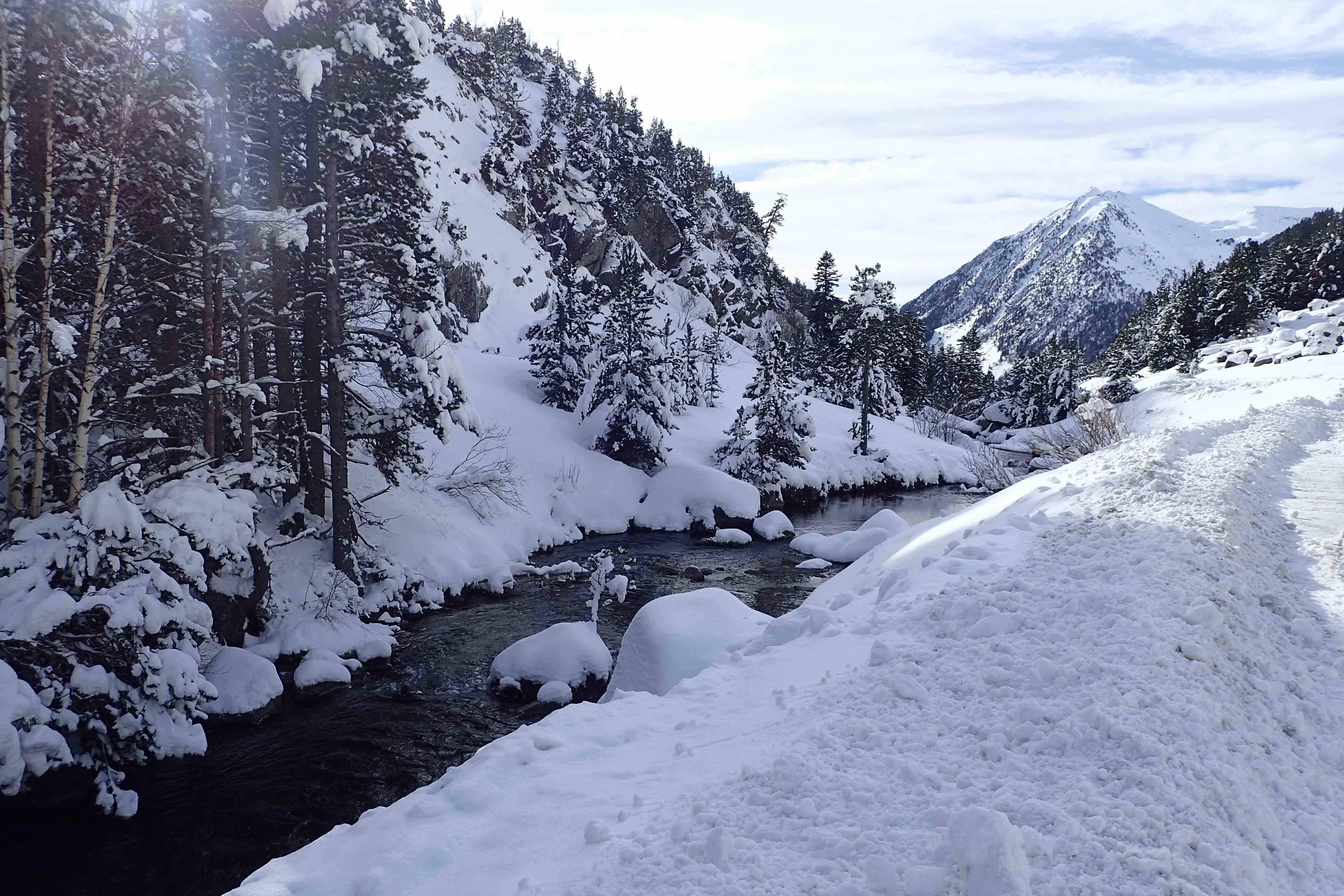 Before the endless list of scarily technical climbing words above puts you off, I and at least half of our group had not the foggiest clue what a prusik knot or body/boot belay meant before last week. I had literally never seen crampons before, never mind used them to descend ‘the keyhole’ at 3000m. 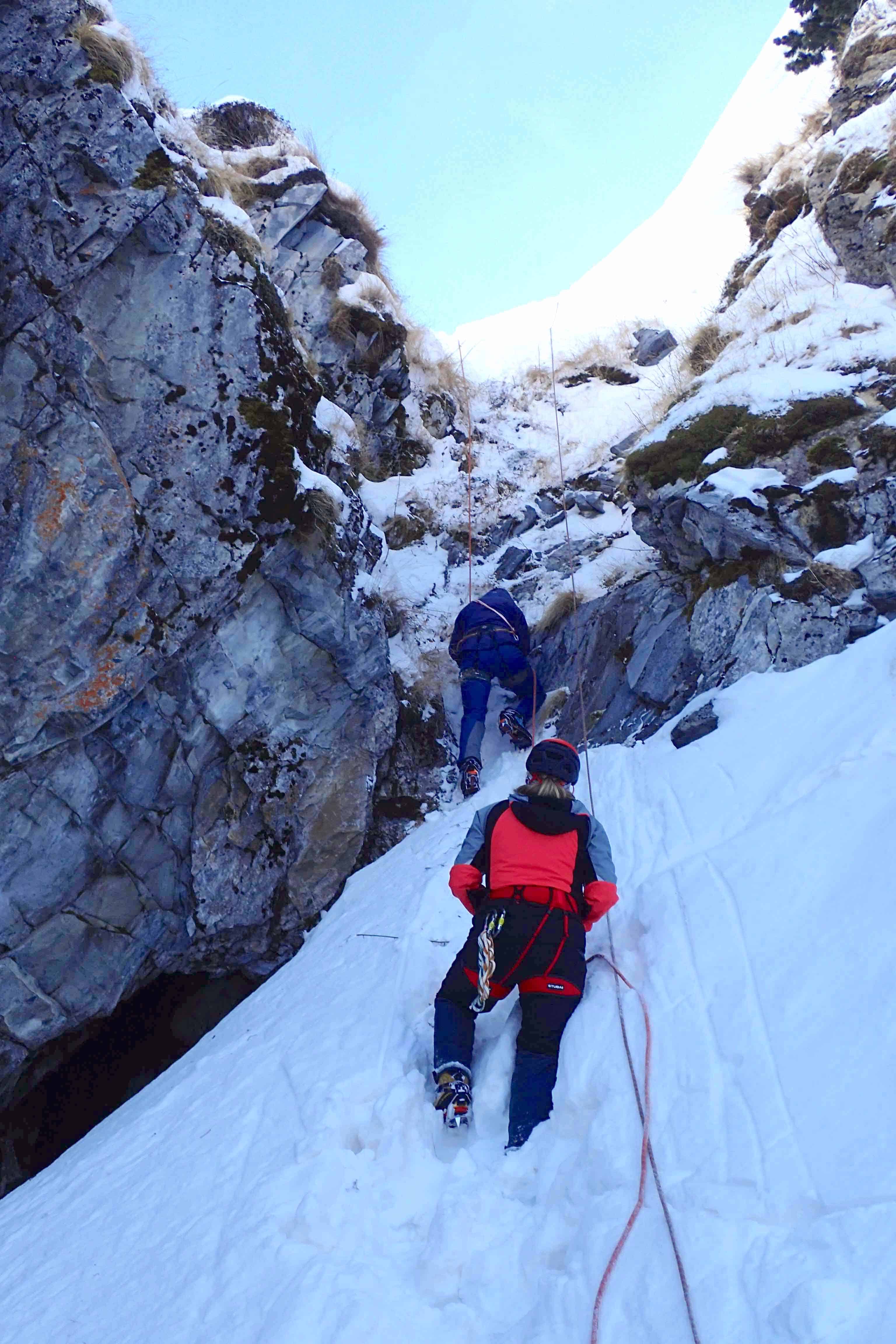 The boss thing about the course was that all of the above skills were broken down, drip fed and constantly reinforced over the week, with many breaks for crackers, eggs, hairdo, rice and tea sheltered from the elements. Jo and Rolfe managed not to bombard a complete winter beginner (myself) but instead through experienced advice, made learning everything manageable, hilarious, and very worthwhile.

At the end of the week, Jo & Rolfe guided us up a solid, hard graft attempt of Pico De Aneto, the highest mountain in the Pyrenees, and even though the conditions were against us, a 10 hour day out in breathtaking scenery, with an amazing bunch of people, was the perfect stage to show off our newly learnt winter mountaineering skills. 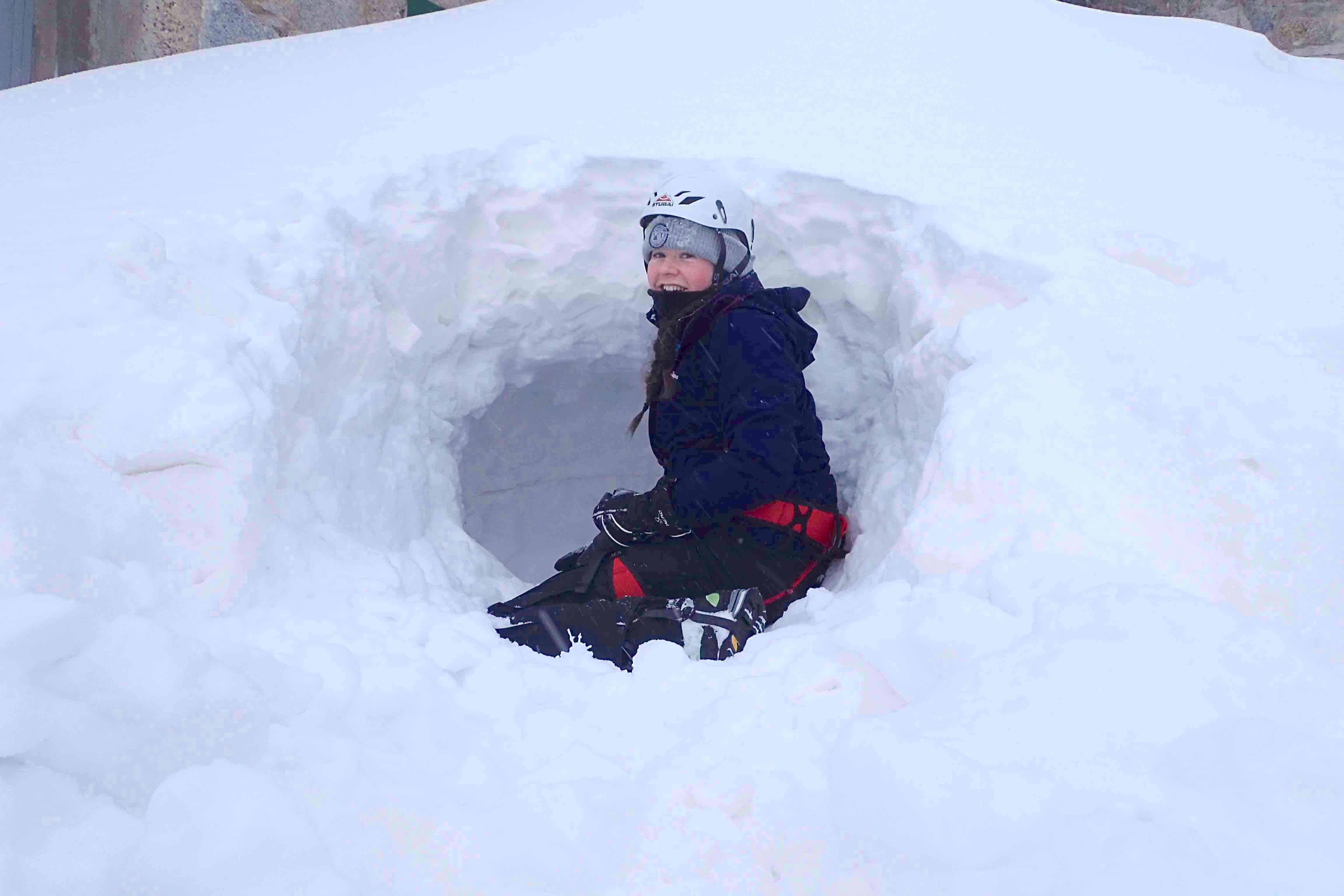 I’m in a wet and rainy Liverpool currently, only climbing plastic holds in big warehouses, but I’m quite confident that I could use the skills learnt on the trip on upcoming snowy adventures I’ve been inspired to plan after last week. 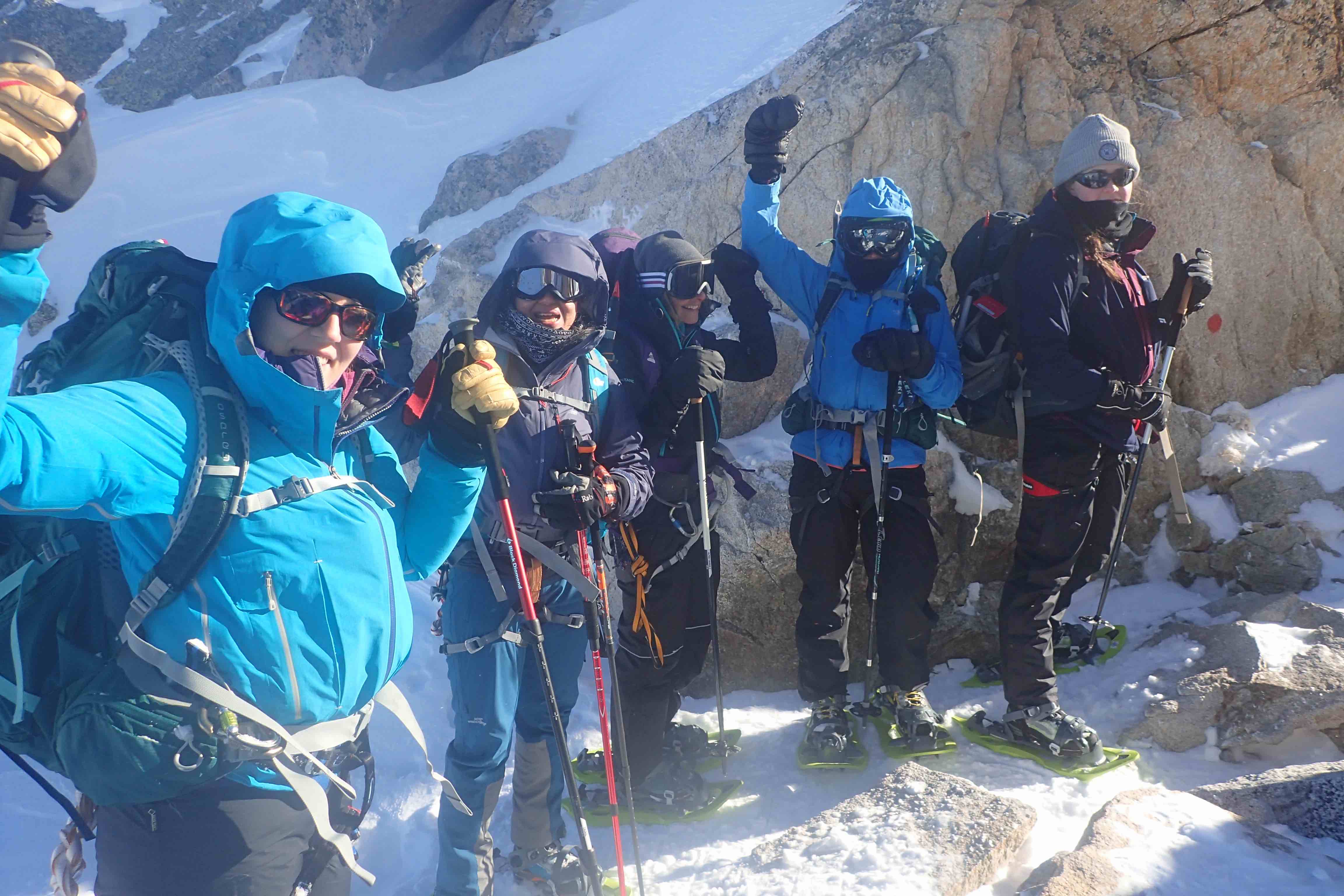 One little disclaimer, however: spending a week in close quarters throwing yourself down snowy hills, cooking, eating, talking & laughing with badass women from all over the UK all with individual adventure wish-lists & aims, will be dangerously inspiring. It will quite possibly lead to organising more wild adventures, and maybe needing that 700 fill-power down jacket after all…

Love Her Wild will be returning to the Pyrenees in 2018 for another Winter Skills Week with 360 Expeditions. Book your place now!